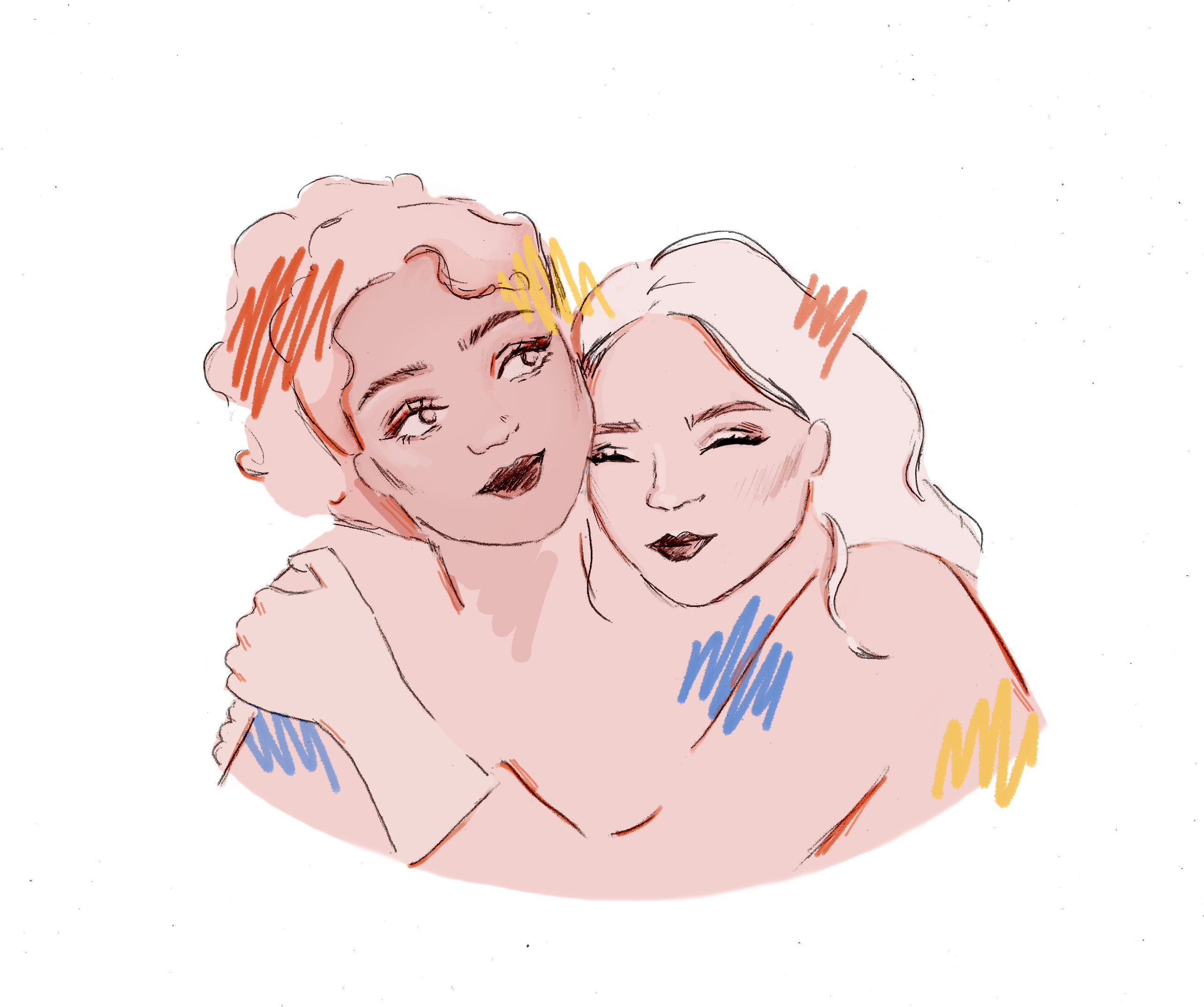 The Women In Our Lives

Throughout my childhood, I constantly wished I were an only child. As the oldest of three children, I would always want to be in charge (an aspect of my character that still persists today) and so it was unsurprising that my younger brother and sister would prefer to play by themselves, without me.

Although my wish to be an only child dissipated long ago, it has only been recently that I’ve really grown fond of my siblings as people, beyond the compulsory sibling love. Particularly special to me is the relationship I have with my younger sister. Elizabeth is four years younger than me and can sometimes act like she’s forty years older – she has the confidence in herself and a sense of mature independence that goes well beyond her eighteen years.

Coming into womanhood before her, I remember reaching a stage when I suddenly became worried for her. She would have to deal with the confusion of what a woman should be, the contradictory messages about female sexuality and pressure to look and be a certain way. I confided in one of my high school teachers about this, hoping that Elizabeth would be able to go through her final years of high school and come out the other side with some sort of clarity about the kind of woman she wanted to be.

Of course, I needn’t have worried. I love that we both share the same views on feminism and environmentalism, as well as having the same taste in trashy reality TV and preferring a natural bronzed makeup look to a harsh contour.

Sometimes Elizabeth and I don’t really get along, but I think that’s mostly because of the fact that we both have quite strong personalities. What I hold on to are the (rare) moments when I can tell that she wants me around, when I’ve been away from home for a couple of days and she’s wondering where I am or wants me to come back home.

A few years after I graduated from high school, the same teacher I confided in about my concerns for my sister was teaching her too. She remembered what I had said and reassured me that I had nothing to worry about.

I admit that I’ve known my grandmother for longer than I remember. When asked how much I do remember about my childhood days that were spent with her, my answer is almost always “very little” or “nothing”. But in truth, I’d recall snippets of memories – albeit not unchanged by the passing of time – of walking hand-in-hand with her to kindergarten amidst red Autumn leaves, and being bribed with Picnic bars so I’d stop crying.

So three weeks ago when she arrived in Australia to stay with my family after years of separation, she was as much a stranger to me as she was familiar. She constantly spoke of her home and our other family in New Zealand – how they were doing, what they were doing – In a wistful tone that conveyed her love and homesickness. She also frequently mentioned my childhood days spent with her in New Zealand that, apart from the fleeting moments I recalled, only she seemed to remember. Given our language barrier and remnants of initial awkwardness, we communicated in a way that allowed the other to only just get the gist of what we were saying.

Midway through her visit, I flew to Auckland, New Zealand with my mother to attend a cousin’s wedding. While only a brief stay of five days, I decided that I didn’t like the strong sense of seclusion I felt in the tiny city. The peace was, of course, an appreciated aspect that any holiday was supposed to afford, but I couldn’t ignore the occasional pangs of longing for the bustle and vivaciousness of Sydney. New Zealand was too unfamiliar for me to merge with its colours, streets and shoppers. I hadn’t an inkling of doubt that Australia was better – that it was more mine.

When the time came for my grandmother to leave, I was surprised by how intensely saddened I was. I felt as though we had only just recovered our relationship that time had stripped away, and that once she left, so would our progress. But if there was one thing that could discourage, if not prevent, that from happening, it was our promise to stay in contact and to visit each other more frequently, as family does.

Previous Same, Same, But Different
Next Penalty Rate Cuts Are Class War; It’s Time For Students to Push Back