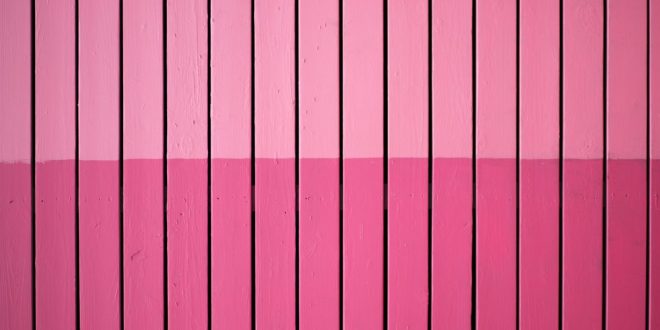 The Recent History of Pink

You’re born, the blanket that swaddles you, pink. The cards and balloons fill the room, pink. Your first outfits, all pink.

It’s easy for us, as women, to reject traditionally feminine interests or traits, especially when they’re constantly being put down and devalued. It’s a difficult line to tread between pursuing genuine interests and aiming to subvert gender norms… or just avoiding judgement. We’re both rewarded and derogated for performing femininity. It’s positive that we always try to look pretty, but negative to love makeup. It is expected that we should be emotional beings, but reprehensible to be hysterical or angry.

You arrive at preschool and people start asking your favourite colour. Every other girl’s is pink… so you pick purple or red or anything else. Just to be different to other girls.

In the past, I’ve purposely decided not to take opportunities because the majority of participants were female-identifying. I changed my favourite colour to purple, and then to blue. I have lied about the music, movies and TV shows I like best, knowing that they were traditionally feminine.

Princess Peach is the clear choice in your next Mario Kart game or Kirby for Super Smash Bros. You fall in love with Glinda the Good Witch’s dress. You dance around your bedroom to U + Ur Hand. You dress your Barbie up and make Ken drive her around in her Glam Convertible. We sing Barbie World in the playground and pick a favourite Power Ranger.

Some of that stems from being younger, more impressionable and eager to please. But then what is it that we are teaching our girls? I hated the very idea of being likened to other girls.

To this day, I’m conscious that my first instinct is to reject feminine interests when I know something else would be a more respected choice. It may no longer be about my favourite colour, but it still feels the same.

Your first phone is a Motorola flip, or you replace the case of your Nokia brick. Elle Woods struts through Harvard Law School and Cady Heron borrows Damian’s polo. The Victoria’s Secret Fashion Show comes around once a year.

There is, of course, great risk in tying attributes and preferences to genders. We limit ourselves, and each other. We fail to meaningfully engage with the world, and propagate the gender binary and associated roles. We place pressure on transwomen to prove their femininity. We reduce ourselves to being either masculine or feminine, rather than complex beings that vary, evolve and contradict. Despite the many ways I reject femininity, I simultaneously feel the pressure to lean into it. To find a sense of belonging in the dichotomy set out for us.

We don the Breast Cancer Awareness ribbon. Women march in Pussy Hats in protest of a misogynistic President. Signs at the Women’s March are held high and girls are lifted up with them.

In trying so hard to avoid feminine things, we perpetuate the stigma that these interests are lesser and something we should rise above like six-year-old-me disliking the colour pink in an effort to subvert the norm.

If we let all our interests be equal the norms will fade away. If we stop stigmatising our own endeavours, maybe others will have the confidence to follow their own interests and the cycle will be broken. It’s time to embrace our complexities; learn ballet and then rugby, dress as a fairy and then as a superhero, wear floral dresses to your STEM classes. Cry in a romance movie, and then switch over to a video game.

Blue may still be my favourite colour, but I don’t resent pink anymore. It encapsulates all the strong women around me. The young girls who are braver than I was. The trans and non-binary folk who are searching for their truth. The men who are unafraid to challenge norms. Pink is powerful and liberating. It will teach us to balance acceptance and rejection, to stop giving a damn what others may think.

Linley is in her final year of Commerce & Science. At any given time, you’ll find her being a film snob, giving advice, and drinking iced coffee. Linley loves writing about being a woman, mental health, and travel. Her life goal is to be paid to give her opinion.