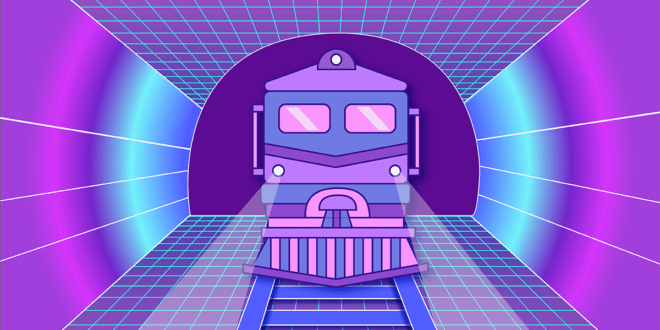 The poetic mystery of a forgotten city

Train tracks, the visual line that seems to go on forever; this endless path never felt more permanent than the daily commute into the CBD.

St James Station was built in 1926. It was one of the first train tracks built in the city. However, it was never actually completed and only two of the four planned platforms were ever operational. The others are hidden behind aged doors, ignored by commuters for almost 100 years.

The St James Tunnels were built with the intention of serving Sydneysiders, but they were abandoned during the Great Depression. Only the empty tunnels remain, stuck in time, as if someone planned on returning to them after a smoke break. The station only ended up serving the Northern lines and the City Circle, rather than extending west as it had intended to. Over the last 100 years, there have been endless plans to return some life into these tunnels, but none ever took off, so the tunnels stay unused.

During World War Two, the tunnels were designated air raid shelters. Their lifelessness was designed to protect the city from oncoming attacks, although it was never necessary in the end. Today, eerie vines fall from the roofs. Endless tracks extend into an endless darkness. It’s hard to imagine how many people have walked past these spaces and never registered the importance they once had. Perhaps it’s just my innate interest in lives long gone, but these spaces and their lost potential are of an almost existential interest. How can a modern city understand its own identity with these spaces left to remain unknown forever?

In 2016, the NSW government unveiled its great proposal to begin bringing life back to these tunnels. Yet concrete plans were never made, only thrown into the universe. Perhaps they envisioned something similar to what had been done with the Rozelle Tram Depot, which is now a lively lifestyle space with trendy food and Instagramable decor. Is this how Sydney should treat its abandoned second city? Should we turn everything into a place for overpriced coffee and rose gold chandeliers? Or is it better that they remain as fig tree roots decorating pitch blackness?

Some people do want more life to come into the eerie underground spaces. Their stillness interests those who traverse the quietest spaces in our city. Urban exploring is the epitome of that desire – inhabiting places that the everyday public are not supposed to be. Exploring these abandoned man-made spaces gives them life; returns breath to them. As you walk through them, you can almost imagine the rush of the 1930’s breathing life into the tunnels. Yet the reality of this place, hidden below the city, is a lake hidden by the fig trees of the second city above it. It is almost 6 metres deep in some sections.

With mythologies and ghost stories of its own, St James Lake lives below the city. The end of the tunnel looks almost as if workers left, planning on their return the next day, but then never did. Beside the abandoned army training facilities, heavy duty bunkers litter the darkness.

St James station is, by no means, the only example of a city forgetting itself. Central Station was once home to the largest colonial cemetery in the city. The bodies were halfheartedly exhumed and moved elsewhere as the city grew too big for the dead. Even today, as the station grows further outwards, work stops to move the century-dead bodies which are uncovered below bus lanes.

Perhaps, I find the stillness in a moving city more of a poetic mystery than I should. Thinking about the spaces, places and people who once existed, forgotten exactly where they were left makes me think of the places we live amongst, which will one day be forgotten, left and never returned to.

But I’m sure I’m just overthinking train stations. I can’t decide whether that is confronting or comforting. The tunnels below St James station, with their constant soundtrack coming through the manholes of the trains the tunnels never got to hold, leaves me almost saddened by what those people in 1922 looked for in their future.  Perhaps I just need to avoid attaching feelings to spaces, and instead live in the city aboveground.