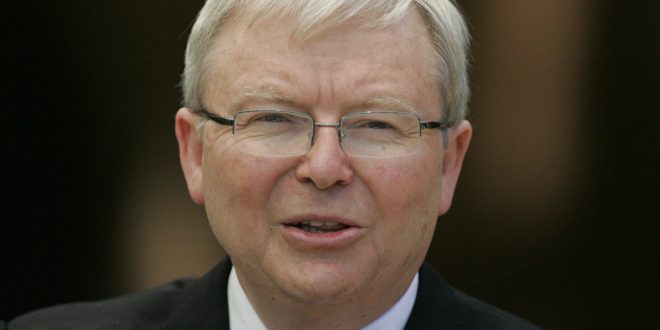 While the United States (US) election has come to dominate much popular discourse over the past month, a historic development has occurred in Australian politics. Kevin Rudd’s petition seeking a Royal Commission into Murdoch media surpassed 500,     000 signatures just before its deadline on the 4th of November,[1] making it the Parliamentary petition with the most recorded signatures in Australian history. So, what exactly does the petition entail and what could it mean for Australian media if it comes to fruition?

What is the petition?

The petition is concerned with media diversity, specifically a critique of the growing monopoly of Murdoch family-owned News Corporation (‘News Corp’), a mass media company. The petition is founded on a concern that Australian media ownership is becoming more concentrated alongside business models encouraging “deliberately polarising and politically manipulated news”.[2] These concerns of the petition regarding undermined public debate, free speech and democracy stem from factors including the high percentage of Australian media ownership by News Corp as well as mass media sackings, regional and local news closures and acquisitions, and defunding the Australian Broadcasting Corporation (ABC).[3]

Rupert Murdoch boasts a personal $7.35 billion dollar fortune and is notorious for his entrenchment within international politics, through media. He inherited a regional Australian newspaper from his father and built a media empire that spans Australia, the United Kingdom and the United States. He uses his media holdings to sway elections, enabling, promoting and profiting from the right-wing populist wave in the last half-century.[4]

In Australia, Murdoch’s media empire includes News Corp Australia, which is the country’s biggest newspaper owner including the sole national broadsheet The Australian, and state papers including The Daily Telegraph, Herald Sun, The Courier Mail, The Advertiser, The NT News and Mercury. Along with these newspapers in large capital cities, News Corp owns a large number of online suburban and regional titles, the second-biggest national website (news.com.au), and is the controlling shareholder of Foxtel. News Corp also      owns Sky News, known for conservative commentators such as Alan Jones. It is estimated that as of 2016, News Corp owned 65% of Australian print newspaper readership. News Corp asserts it reaches 16 million Australians each month through its news outlets.[5]

According to Johan Lidberg, Murdoch has been accused of a political mono-culture in editorial staff, which has allegedly resulted in similar editing and reporting styles across their multiple national and global outlets, effectively labelled ‘Murdoch editor clones’. [6] Lidberg argues that Murdoch’s immense influence is demonstrated by multiple Murdoch outlets supporting the 2003 Iraq War, and failing to issue an apology when no weapons of mass destructions were found. This is in sharp contrast to The New York Times, which apologised to the public for its lack of critical reporting.[7]

While generally swaying behind conservative politicians, Murdoch papers have supported left-wing politicians including Paul Keating, Bob Hawke and Bob Carr. The Murdoch papers initially supported Kevin Rudd and Malcolm Turnbull. However, both politicians claim that a contributing factor to their ‘oustings’ from their Prime Minister roles      was the Murdoch empire shifting against them.

What does it all mean?

Enabling the petition will likely not spur a Royal Commission inquiring specifically into Murdoch, but rather an examination of the complete field of journalism in Australia.[8] According to the petition itself, it will look at the effect of media concentration in Australia, the impact of Australian media ownership laws and significant changes to the media landscape with emerging social media monoliths of Google, Facebook and Twitter.[9] Given the impact of such platforms particularly in the dissemination of political discourse and likelihood of misinformation, such an inquiry feels overdue to ensure truth-telling and avoid unsubstantiated and false claims which were predominant in the 2020 US election.[10]

Along with astounding public support, the petition has received support from notable figures including former Prime Minister Malcolm Turnbull, as well as celebrities such as Hugh Grant and Bette Midler. Australia does not have a threshold of signatures that requires a petition to be debated in parliament, so until it receives political support from the Liberal-National Coalition or the Australian Labor Party, the possibility of a Royal Commission occurring will be unlikely.[11] Recently, through a Labor, Greens and minor parties backed motion, a Senate inquiry was established into media diversity, which is a useful step to a full Royal Commission in the future.[12]

Generally, the more the public support      an issue garners, the more likely it is to receive political support to be addressed. However, the irony remains that increased public awareness generally occurs through media scrutiny and reporting, and in this case, the lack of unbiased news is the very subject of the petition, creating a Catch-22 paradox.

Though the petition has regardless amassed significant popularity, largely through social media, it is ultimately at the behest of one of the major political parties to recognise the public interest and create a platform to address it at the heart of government.

[5] Zoe Samios, “How much influence does the Murdoch media have in Australia,” The Sydney Morning Herald, October 15, 2020, https://www.smh.com.au/business/companies/how-much-influence-does-the-murdoch-media-have-in-australia-20201015-p565dk.html

[6] Johan Lidberg , “The distortion of the Australian public sphere: Media ownership concentration in Australia.” The Australian Quarterly 90, no. 1 (2019): 16.