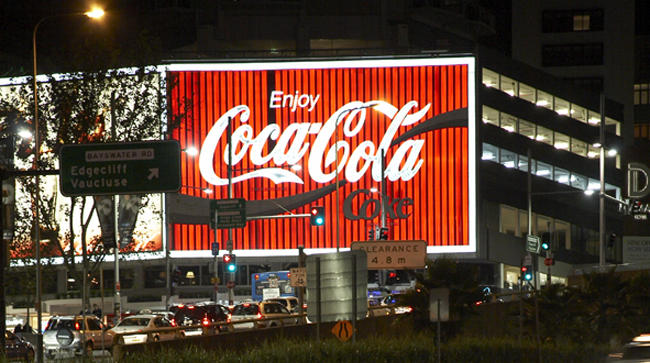 The Lowdown on Lockouts

It’s a familiar pattern. Take the recent surge in stories of alcohol-related incidents with tragic endings; add an overwhelming amount of pressure from state media outlets, and it’s only a matter of time before Parliament must act.

“These measures are tough, and for that I make no apologies,” O’Farrell told reporters. “I expect opposition to some or all of the measures, but the community wants strong action and the NSW Government intends to deliver it.”

The parts of the community wanting said ‘strong action’ rejoiced – even the NSW Opposition could only oppose that the reforms included 1:30am lockouts and 3:00am last calls, instead of a much more practical 1:00am. Other changes include mandatory closing times of 10pm for bottle shops across NSW, and a freeze on licences for new venues in the area for the foreseeable future.

But it turns out Bazza was spot on to expect opposition. The desire for ‘strong action’ aside, young people, DJs, promoters, and club owners have taken to social media and even the street outside the Premier’s office to express their fears that the broad restrictions will hurt local venues, despite these groups not being to blame for violence on the streets.

In a piece picked up by Junkee.com, DJ, promoter, and co-owner of The Dip at Goodgod Small Club in Sydney, Andrew Levins, asked why the NSW Government had made such an announcement with no consultation of the people it most affected. Instead of changes that would detriment local businesses, Levins proposed a different strategy: “I really think NSW should spend a tonne of money on a ‘DON’T BE A FUCKWIT’ campaign.”

While Premier O’Farrell’s plans for a “community awareness and media campaign” on drug and alcohol related violence fall short of Levins’ call to replace Kings Cross’ famous Coke billboard with one emblazoned with his daring new slogan, it’s unlikely either will solve the biggest problem now facing local businesses.

“All around the world a headline DJ plays at midnight or 1am: it’s just the norm, and moving that earlier would affect the whole ethos,” co-director of music promoters Austral People, Lee Danilewitz told ArtsHub, noting that the reforms will “pretty much bankrupt us and crush what we do.”

“I just hope everyone outside of the scene affected by these new laws thinks about the music and culture that will be lost before they join in congratulating the government for making a rash decision that won’t actually stop any violence,” said Levins.

As well as fears for local industries, there’s concern that a 3am last drinks call will push crowds of intoxicated patrons onto the streets. The Australian Hotels Association, for one, is not a fan of the proposed changes: “We do not believe tens of thousands of people will stay in licenced premises past 3 a.m. once alcohol is no longer served, but will instead be out on the streets looking for a way home.”

The reform package does include measures in response to this – on-the-spot fines for disorderly behaviour have been raised from $200 to $1,100, and police have been granted the power to impose CBD bans of up to 48 hours on what the NSW Premier calls, I kid you not, “trouble makers”. There will also be free patrolled buses will run between Kings Cross and the CBD every ten minutes, but that’s “ten minutes” in NSW Transport language, which roughly translates to about half an hour.

Just in case being kicked out by 3am, risking fines or CBD bans, doesn’t deter you, new mandatory minimum sentences for 10 offences will be introduced, applying where the offender was affected by drugs or alcohol.

Speaking to reporters, Premier O’Farrell said: “The idea that it’s OK to go out, get intoxicated, start a fight or throw a coward’s punch is completely unacceptable – and, under these measures, those who do will face serious consequences.”

Additionally, maximum sentences for all offences have been raised by two years where drugs and alcohol are involved. In the context of alcohol-fuelled violence occurring on the streets late at night, such serious action would seem appropriate.

But all is not as it seems. The offence of assault against police officers in the execution of their duty, not during a public disorder, now carries a minimum sentence of two years’ imprisonment where the offender was affected by drugs or alcohol. When you consider that the legal definition of common assault under the Crime Act 1900 (NSW) covers any behaviour that makes an officer apprehensive or fearful, and also that this sentence will apply for all relevant offences across the state, not just those that occur outside nightclubs, the risk of overuse of this charge is very concerning.

Especially when the NSW Bureau of Crime Statistics has shown that non-domestic assaults in the inner city area have not risen, but actually dropped from 4,377 reports in 2007-2007, to 3,579 in 2012-2013, the risk posed by mandatory minimum sentences to groups with significantly higher rates of substance and alcohol abuse problems may not be justified.

Homeless, indigenous, and socioeconomically disadvantaged people across NSW, stand to be on the receiving end of rigid, one-size-fits-all sentences with no individualised justice – all because the NSW Government’s reform package is designed to punish the majority of patrons who know not to be a fuckwit, instead of the minority responsible.