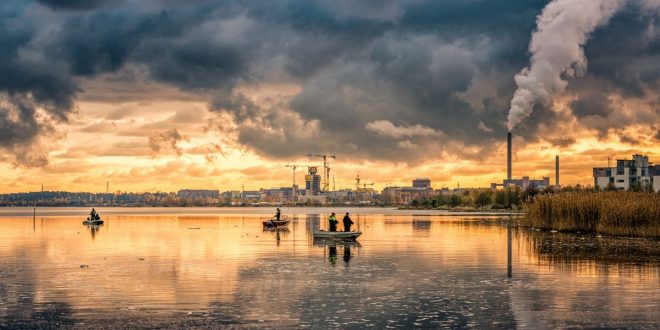 The Green Deal: A Modest Proposal, by Stephen Melhuish

THE GREEN DEAL: A MODEST PROPOSAL
by
Stephen Melhuish

One of the most prominent topics in American politics this year has been a set of proposals collectively called the Green New Deal. The current form of the Green New Deal is a non-binding resolution before Congress that’s key goal is to enable the United States to reach zero net greenhouse gas emissions by 2030.

In order to achieve this, the resolution proposes a raft of initiatives including replacing aircraft with high speed rail, retrofitting buildings for energy efficiency, and altering agricultural practices. Recognising that implementing these things will require significant upheaval, the resolution also calls for a suite of social programs to manage the transition and ensure workers in carbon-intensive industries such as coal miners are not left unemployed. All of this might sound idealistic but ultimately it is a worthwhile goal. However, the resolution does not stop there.

The social programs suggested far exceed the problems caused by decarbonisation and include universal healthcare, a form of universal basic income, a federal jobs guarantee, and a range of other impractical policies. Along with the economic fantasy of these programs, the environmental proposals themselves in the resolution are somewhat ambiguous and highly questionable in their efficacy.

Various drafts of the resolution have shown resistance to already-effective nuclear power, resistance to market-based solutions, and resistance to carbon capture technology. Very rough estimates put the cost of implementing all of the proposals at up to a third of America’s GDP, with no credible explanation as to how it would be funded. On the whole, the Green New Deal lists a bundle of lofty goals with very few implementable answers.

The resolution has no chance of being passed, even if the Democrats were to control the House, Senate, and Presidency. Proponents are privately aware of this, but feel justified in pursuing it regardless in order to raise awareness of the issue – something which they’ve undeniably achieved. Nevertheless, the alternative is not that there is no discussion of the issue whatsoever.

A figure such as Democratic representative Alexandria Ocasio-Cortez, who has championed the Green New Deal, would still be a hugely popular and influential politician if she were fighting for more effective proposals. Other bipartisan bills with great potential for being passed into legislation and having a real impact have been stalled, recognising that it is impossible to gain any media coverage for them. What is perhaps even more concerning is the possibility that once the resolution is defeated, the Green New Deal will be used as a point of comparison for anything that comes after it – even much more reasonable proposals. Its failure will sour the entire climate debate and leave politicians unwilling to weigh in on the issue for fear of being placed in the same basket.

Climate policy in Australia has fallen into this zone of political poison. The past decade has provided us with a series of politically catastrophic failures through the Carbon Pollution Reduction Scheme, Carbon Tax, and National Energy Guarantee. For a politician today, mentioning the words ‘carbon pricing’ would be equivalent to calling for a ban on cricket. Neither of the major parties are willing to make climate policy a key election issue, and The Greens continue to be the worst offenders of all with a 27-year long run of voting down any hint of progress on the basis that it doesn’t go far enough.

Much of the remaining discussion surrounding carbon in Australia is well intentioned but completely misses the highest impact areas for change. Talk of changing consumer choices and awareness campaigns takes huge resources for negligible impact. Emission targets are all well and good but tend to act as a deflection from how we’re going to reach them.

Nuclear power should indeed be legalised, but it still seems fanciful that the economics will stack up in our market. Grid reliability is a real concern, but fundamentally a separate issue. Power and fuel prices will almost certainly have to rise in order to incite the transition to new technologies, but we have a broad range of levers to counteract this, from carbon dividend payments to the indexation of social security programs.

Australia doesn’t need to wait for every other country to get on board first, although we can and should encourage them to do so and consider more drastic measures such as border adjustments. Needless to say, it would be hugely hypocritical of us to lecture our neighbours without meeting our own emissions reduction agreements first. All of these things are real issues, but not one of them answers the central question of how we can actually reduce our emissions.

We need pragmatic and palatable policy solutions which can tackle the core of the problem. There is still an ideal model of policy to aim for, one which is market based, technology neutral, and flexible to changing standards, such as the carbon dividend policy put forward by a panel of 27 Nobel Laureate Economists, all former chairs of the Federal Reserve, and many other influential economists.

In America this proposal is a real possibility with growing bipartisan support, and shouldn’t be overshadowed by fairies and unicorns. Perhaps in Australia such an idea has become just as outlandish as the Green New Deal itself.

Regardless, there are many other possible options out there, and implementing something is always a better option than implementing nothing. Our focus should be on policies that are directly relevant to emissions reduction and have at least some chance of being passed through parliament.

There is no silver bullet to solving climate change. Progress can only be made through incremental policy improvements but the political debate in both the United States and Australia is prioritising fantasies and distractions over meaningful responses. There are real solutions which can confront the issue without an economic apocalypse, and it’s these solutions which deserve our attention. The Green New Deal is merely idealism at the expense of progress.

Bio: Stephen is a fourth year commerce student completing an Honours year in Finance. He is particularly interested in public policy and its interaction with business and financial markets.

Previous S.O.S to ASOS, by Justine Ching
Next THE CASE FOR AN AUSTRALIAN CARBON DIVIDEND, by Shakti Srikanth