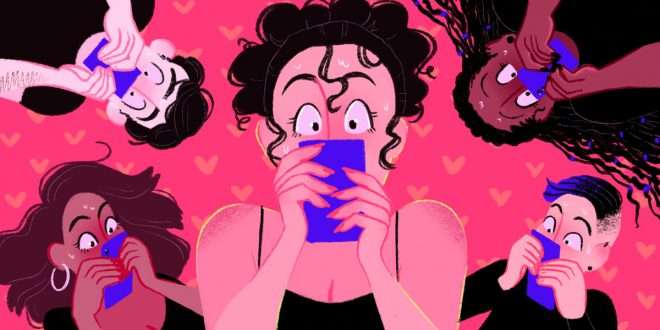 More than just smut: The dismissal of fanfiction

That fanfiction you’ve just drafted may be the next big thing but will it be regarded as literary trash or treasure? And who decides?

A sentence many of us have whispered like a shameful confession then justified it as a fleeting moment in our One Direction phase many moons ago. But I will be the first to stand proud and say that I am not only still an avid reader of fanfiction but have also written my own (please don’t go looking for them). I know many of us have pulled all-nighters reading the latest chapter in that enemies to lovers piece and fangirling when the ‘same room – one bed’ situation happens – it’s okay, I won’t tell if you won’t.

For those of you who haven’t had the pleasure of dabbling in the world of Fanfiction (Fanfics for short), they are re-imagined stories based on existing works, characters, celebrities, video games and anime. You probably think that you have never actively sought out any Harry Styles fanfiction or wanted to read anything extra about Bella and Edward’s conquests in the bedroom. Still, the world of fanfiction is closer than you think. The Fifty Shades of Grey trilogy by E.L James began as Twilight fanfiction, whilst Cassandra Clare’s best-selling series, The Mortal Instruments started as a Harry Potter fanfic centered around the odd pairing of Draco and Ginny.

One of the most popular Fanfics, that is now a crowd favourite among Gen Z, is Anna Todd’s, ‘After’. Anna Todd began as a young author on Wattpad, a free site where you can not only read fanfiction but also write and publish your own for the world to see. Before it was picked up by publishing giants, Simon and Schuster, ‘After’ was a One Direction Fanfiction centred on Harry Styles as a bad-boy college student and his whirlwind romance with Tessa Young, a stereotypical ‘good girl’. I read the books when Tessa and Hardin were still Tessa and Harry, a true testament to my 8-year account with Wattpad. The ‘After’ franchise was not only momentous for Wattpad who had never seen such traction on a self-published work but also for other fanfiction writers who saw an avenue of possibility for their passions. Collaboration and adaptations began to take precedent with Wattpad after the success of ‘After’, opening up the avenue for fanfictions to be regarded as profitable plots and marking the beginning of a new era for literature.

But, fanfiction is often regarded as low hanging fruit by many authors such as Diana Gabaldon (author of Outlander) and George R.R. Martin (author of Game of Thrones). Gabaldon has fervently discouraged all fanfictions based on her work, whilst R.R. Martin believes that fanfiction is a danger to their livelihoods as the internet has only expanded the number of these ‘unauthorised derivative works’. The arguments he poses centre around his regards on fanfictions as ‘NOT fair use’ and just as a means for fans to profit off original works.

Yes, writing fanfiction on a popular pre-existing work or celebrity may increase marketability due to existing fanbases, but this does not necessarily mean a loss for the original works. As we’ve seen through Fifty Shades, After and The Mortal Instruments, the originals did not suffer at the expense of these works because nothing was taken away from the original fandoms. The likelihood of a writer making money off of fanfiction is small as they are often published as completely free works on sites like Wattpad, Archive of Our Own (AO3), Fanfiction.net and even Tumblr (probably due to that copyright that George R.R. Martin was so worried about). These pieces of work are so much more than just cash grabs for the fans. They are a platforms where novice writers can explore their passions whilst cultivating their writing skills within a community of like-minded people.

Writing is a difficult task for many. That 2500-word research essay – which you were given 6 weeks to do but decided to take the phrase ‘due date is do date’ too seriously is a testament to that. Fanfiction provides a safe space under anonymity to freely publish your work, make it accessible to the world, and be open to critique and suggestions from complete strangers. The added passion for writing for your respectable fandoms with foundations that have already been established also allows for a unique learning experience, as author N. K. Jemisin credits.

The accessibility of Fanfiction writing compared with traditional publishing methods means that there are more chances for diverse creators to bring in their own experiences, as opposed to having a white woman poorly write a person of colour and butchering realistic representation  (I’m looking at you, Sarah J Maas). Diverse authors also mean diverse readers, particularly young women who make up an overwhelming amount of not only Wattpad’s 65 million readers but also all other fanfiction publishing sites. The dismissal of fanfiction can often be attributed to a symptom of society’s desire to make fun of the things that teenage girls enjoy and this is not a new phenomenon. In 1864, a young woman was diagnosed as ‘incurably insane from reading novels’ and this label of insanity has not lessened as the years go by, no matter how many waves of feminism we enter.

When young women are interested in something, society often dismisses this as a product of their feminine insanity – until it becomes mainstream. For example, Beatlemania in the 1960s (the Beatles craze) was seen as a space for women with nothing better to do until the Beatles became a household name. Why is something deemed an obsession when it is a space devoid of masculinity? The label of insanity and obsession could instead be handed to the sports fanatics who exhibit the very stereotypes that they’ve reserved for women. We must acknowledge that Fanfiction celebrates the intrinsic identities of its writers through the representation of marginalised voices. These stories may not be explored to their full potential such as Clarke and Lexa in The 100, whom many argued had suffered at the director’s attempt of queer baiting with fanfiction offering a worthy rewrite.

As a literary medium, fanfictions allow us to explore existing characters in re-imagined alternate universes (AUs) with the freedom to look beyond the confines of what is written or shown on screen. They may show us how our favourite heroes deal with mental health struggles or touch on body positivity and other topics seldom discussed in mainstream media. They can answer and explore unwritten questions like; what were the Marauders like in Hogwarts? – I Recommend reading All the Young Dudes on AO3 to answer this one or how does Jane Austen’s unfinished manuscript end? – The TV show Sanditon will help you with that one.

For a long time, they have been regarded as emotionally unstable fans whose only focus is smut (although I’m sure none of us are angry at the added spice). Let us acknowledge that Fanfiction writers can not only pay homage to something but also make it uniquely their own.