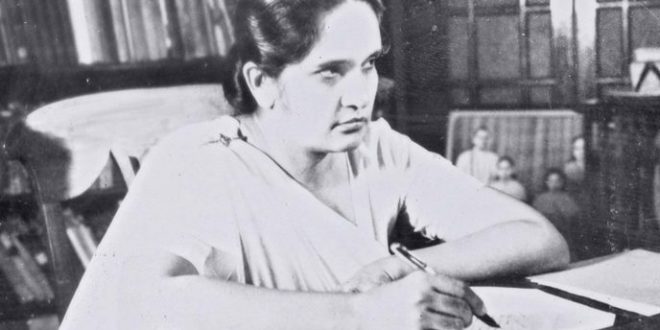 The Delicate Unthreading Of Misogyny From Sri Lankan Politics

As the first woman in the world to be appointed to be at the head of her government, Sri Lanka’s Sirimavo Bandaranaike was representative of the arrival of a powerful female voice in international politics in 1960. Although many powerful female politicians, such as Bandaranaike, have emerged from South Asia, the overall participation of women in politics in the region is still deeply inadequate.[1] According to socio-political indicators such as the Gender Development Index (GDI) and the Gender Empowerment Measure (GEM) used by the UN, many Asian nations scale comparatively lower than European nations in women’s political participation.[2] South Asia thus presents a paradox. Although the region has presented the world with the greatest number of women in executive political positions, it faces a unique challenge in reconciling women’s political participation with entrenched, gender-based, cultural norms.  Addressing this paradox will require a delicate process of balancing liberal tenants with local cultural paradigms. If successful, increased political participation will be key in not only mobilising women in Asia but also in rewriting the orthodox agenda of international political discourse to include the voices of these women.

The Importance of Empowering Women in Sri Lankan Politics

By encouraging women to access a political voice in government, greater attention can be focused on building a women’s rights agenda. Gender specific issues such as discrimination in the employment sector will only gain government attention through an increase of women’s political participation. The management of the Covid-19 pandemic has placed an unjust burden on women in Sri Lanka working in health care. According to McLaren et al, more than 67% of health workers, involved in the intimate care of patients in Sri Lanka, are women. Women health workers have faced increased discrimination, such as being refused access to ‘public services, transportation and local food markets’ due to fears of further transmission. Although women health care workers are spending longer hours in paid work, they are “not necessarily being alleviated of their reproductive work”, such as caregiving.[3] According to McLaren et al, “the withdrawal of reproductive support due to community fears of Covid-19 has ensured the worsening of the gendered burdens across multiple spheres”.[4] The participation of women in local politics can however “have an immediate impact on outcomes for women and children”, such as in the allocation of community resources to support vulnerable women.[5] In order to strengthen and protect women’s rights, the government must pay attention to the political participation of women as a national priority.

According to Ballington, democracy, by its definition, cannot afford to be blind to gender. Accounting for gendered perspectives in political discourse and decision-making processes are an essential requirement of any democratic framework’.[6] Sri Lanka’s democracy thus will only be strengthened by empowering female voices in politics.

Despite the clear benefits of increased women’s representation in politics, there are some inherent challenges that face both Sri Lanka and other parts of South Asia. The paradox of women’s political participation in Asia exists due to traditional understandings of gender roles. Although many international institutions have advocated for women’s rights, such as the UN, such organisations must be extremely careful in working with local communities to preserve their cultural autonomy while unthreading misogyny from South Asian politics.

Rathnayake notes the irony that although Sri Lankan women, such as Bandaranaike, have reached ‘the highest political status in Asia’, Sri Lanka has yet the lowest representation of women in parliament and local government.[7] Many scholars find that this is due to cultural understandings of gender roles in South Asian countries. Kodikara argues that as in most other Asian cultures, “women in Sri Lankan are socialised to see politics both ideologically and practically as the legitimate sphere of men”.[8] These stereotypes are further strengthened through religion. Kodikara argues that traditional understandings of gender roles are entrenched in Muslim, Tamil and Sinhalese backgrounds will, to varying extents, psychologically impact a woman’s ability to engage in politics.[9] The relationship between culture and politics problematises the empowerment of women in South Asia.

The process of changing gender-based norms must therefore be done with great care and awareness of local cultural paradigms. Rathnayake argues that some efforts to improve women’s political representation have been “adversative to Sri Lankan culture”. Furthermore, she finds that, some NGOs (non-governmental organisations) have “failed to understand the deep rooted social and political conditions in the society”.[10] Every community should rightly govern and define its own socio-political systems. As such, it is with great care and empathy that external actors should seek to change social norms. Kodikara suggests that through greater advocacy for women’s representation and through training programs conducted at a grass-roots level, NGOs may be able to promote women’s political participation while respecting these entrenched cultural norms.[11] It is only through such respect for culture, that external actors can create a genuine and positive impact to the political mobility of women in south Asia.

There is a unique problem in unthreading misogyny from South Asian politics that must be handled with great concern and awareness of local cultural norms. Increased political participation of women would both strengthen democracies and ensure women’s rights are placed at the forefront of the national conscience. Although it is important for NGOs to work to empower women and promote their political mobility, it would also be devastating to disrupt the autonomy and culture of South Asian communities. In order to reconcile these issues, it is important to work in close partnership with local communities to delicately unthread misogyny from South Asian politics.

Kodikara, Chulani. “The Struggle for Equal Political Representation of Women in Sri Lanka”. A Stocktaking Report for the Ministry of Child Development and Women’s Empowerment and the United Nations Development Programme, [online] (2009): 1-72. Accessed 17 May 2020. <https://www.undp.org/content/dam/srilanka/docs/governance/WPE%20FINAL%20PDF.pdf>

[8] Chulani Kodikara, “The Struggle for Equal Political Representation of Women in Sri Lanka”, A Stocktaking Report for the Ministry of Child Development and Women’s Empowerment and the United Nations Development Programme (2009): 18.

[11] Kodikara, “The Struggle for Equal Political Representation of Women in Sri Lanka”, 18.

Previous Procrastination Corner: Editors’ Top Picks #5
Next Netflix’s Dark Bewilders and Satisfies Over and Over again