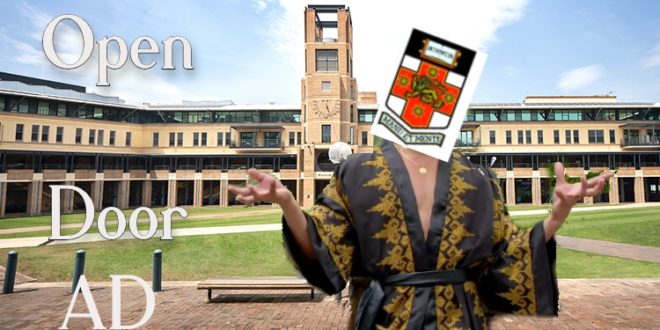 The cheapest UNSW accommodation that you probably haven’t heard about

If you’re experiencing financial hardship, UNSW’s apartments on Cowper Street offer housing at $130 per week including all bills and internet. However, this potentially lifesaving offer can be difficult to access.

UNSW’s Mulwarree Apartments at 1 Cowper Street, just off campus, closed at the beginning of the COVID-19 pandemic in early 2020. It remained empty for the better part of a year until the SRC, PGC and Arc Student Life team proposed turning the dormant rooms into crisis accommodation for students – particularly international students. Once the proposal was approved, the building was finally put to use, enabling students who could otherwise have been destitute to live comfortably and continue their studies.

The accommodation rent, subsidized to just $130 per week, includes all bills, internet, furnishings and an occupancy contract lasting until January 2022. The figure is less than a quarter of the cost of some on-campus accommodation options, and was made possible through the university’s $5.5 million COVID-19 relief package. Eligibility is open to students facing immediate financial difficulty as a result of COVID-19 and related crises. Interested students should contact a student support advisor with prepared bank statements, current housing documentation and personal statements on current circumstances.

UNSW Director of Student Life, Neil Morris, who headed the proposal, told us that Student Accommodation had received a large number of reports of international students facing financial difficulty at the beginning of 2021.

“What we noticed at the end of that is the majority of students who were (struggling financially due to COVID-19) still at the end of 2020 were very, very heavily international students who decided to stay in Australia, and that the main source where they were struggling was maintaining their rental income,” he told us. “It wasn’t like we were pricing the Cowper Street apartments to make any money out of it – it was genuinely bringing it online and thinking that we could create a nice community over there.

International students who were particularly impacted by the pandemic, as well as those from countries with high social unrest, entered this year without access to funds from home than normal.

“We quite often find that where there are geopolitical issues happening. It’s quite often difficult for parents to get money out of the country. There were quite a few stories coming through about the difficulty about difficulty that students from Myanmar for one reason and students from India for another reason. A lot of students’ parents’ funding sources had dried up because of the tragedy that was going on there.”

However, there was a significant lack of widely-available information on the apartments, which meant very few students could actually gain residence at Cowper Street. Only around 20 of the 185 rooms on Cowper Street have been filled since applications opened after T1. The website that delineates details about price, amenities and occupancy length is blocked, as the page’s content, according to Morris, has not been updated since before the pandemic. The new details of the apartments have not been made publicly available until now.

Our attempts to find these details led us through the Student Accommodation Office, the SRC and the Mulwarree apartment’s direct contact; the latter of which did not respond to request for comment. The Student Accommodation Office, whose dealings are mostly with the Kensington Colleges, not the apartments, also didn’t have the information we sought.

“We were being a bit cagey because we weren’t sure about what demand would be like,” Morris said in clarification, “we didn’t want to be overwhelmed by demand … it’s a terrific concept but a lot of students who were off campus in accommodation found that in breaking their lease to take the Cowper option up, it would cost them a lot of money upfront to get out.”

As far as we know, less than one in every nine rooms in the building are currently occupied, but no college resident has been approached and made known of the accommodation. It could be assumed that this number will grow in T3.

For an on-campus resident to move to the apartments, as per the UNSW college contract, one month’s notice and an additional two weeks’ rent would be required.  Depending on their type of accommodation, just getting into Cowper Street could cost upwards of $1,000, paid to the university if they are an on-campus resident.

Regardless, the SRC and Student Life Team strongly encourage any students who may be struggling to reach out to a student support advisor.

Tharunka would love to hear from people who are considering residence at the Mulwarree apartments. If you have any information, please email us at tharunka@unsw.edu.au.