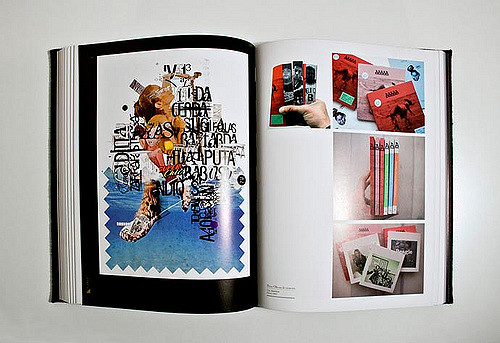 The Book That Changed My Life

We asked Tharunka contributors which book changed their life. Here are their answers, and your updated “to-read” list.

Book of Longing, by Leonard Cohen

Leonard Cohen was the first artist I ever saw live in concert. As a 14-year-old back in 2010, I felt pretty wise for my age, sitting in a sea of adults at Acer Arena, despite only knowing one song (Hallelujah, obviously). After the concert, I quickly became obsessed with Cohen and his work. While I found much of his writing confusing and bland, there was one book I loved. Book of Longing is a collection of eccentric poetry and drawings, mostly from Cohen’s time at a Zen monastery in California in the 1990s. As an early teenager, I most certainly missed a lot of the references, but it was the first poetry I read and enjoyed. While I still don’t understand all of its context, and probably never will, there’s something about Cohen’s writing that resonates with me. In most cases it’s pretty blunt, yet he can create an intricate picture with just a few words. I still don’t love poetry, and perhaps Cohen’s writing is closer to song lyrics than anything, but Book of Longing introduced me to how unique a book can be. The copy I borrowed from my parents now has pride of place amongst other eclectic books and magazines, which I can guarantee I would not have picked up if not for Mr Cohen.

A Little Life, by Hanya Yanagihara

A Little Life is not easy reading. Numerous times I found myself crying and more than once I took long breaks to ease immense nausea. If we often laud reading for its dip into escapism, a welcome release from our own troublesome lives, then what could possibly draw countless readers into a fictional work underscored by visceral violence and trauma few would covet? It is, despite this darkening and suffocating sense of reality as we grow older, the book’s rich and heart-warming depiction of selfless friendship which leaves you craving more, well after the final, 720th page. Yanagihara traces the lives of four college classmates across 40 years, but it is the trials and tribulations of Jude, whose complex childhood is slowly uncovered, which keeps us on our toes.

When we struggle to understand the intensity of real life happenings, literary representation of that experience or emotion can be cathartic. A Little Life came to me at a time when I was in desperate need to understand the all-consuming relentlessness of mental illness affecting many of my closest friends. It was a lesson in deep empathy and patience, finally giving me the tools and framework to better understand an experience we often reduce to platitudes of “R U OK”.

Worm has changed my life. It’s a 1.6 million-word web-serial written in two and a half years, a superhero deconstruction, with themes of determination and desperation. It tells the story of one Taylor Hebert, a bullied girl turned super-villain, turned warlord, turned hero, turned god-slayer. It proposes questions about ethics and morality, the greater good, doing the right things for the wrong reasons, and breaks down what it means to be a hero or a villain.

Worm features world-ending monsters every few months, complex international superpower politics, and incredibly unique powers. More than that, it helped me see things in a more nuanced light, questioning the nature of society, good versus bad, and the masks everyone wears. It has influenced how I read, how I write, and how I compose myself. Worm is the only work that truly left me hollow after finishing it, yearning for anything to stop it from ending.

The Namesake, by Jhumpa Lahiri

Have you ever read something so profound, so humble, so woke … that you find yourself pausing every few minutes to laugh, cry and gather your thoughts when you’ve well and truly hit blunt? Soon enough, you’re standing in front of the mirror – queue: “When will my reflection show who I am?” That was me the first time I read Jhumpa Lahiri’s The Namesake. I was 19 and my ABCD (Australian Born Confused Desi) was still in full-force. Imagine me, if you will, Azealia Banks on replay (see feud with Zayn Malik for context), sippin’ my pearl-milk tea – how very un-Indian of me.

Lahiri poignantly writes for the multitude of first-generation Indians struggling to find their identity in Western societies. Whilst the protagonist, Gogol, attempts to distance himself from his Bengali heritage, he is ultimately drawn back to his family home – the only point of stability in his life.

The Namesake simultaneously celebrates and reflects upon the decisions cultural misfits, like myself, make in navigating an identity that is at once plural and partial. It’s easy to criticise Gogol’s actions, specifically his impetus to discard his ethnic-origins for a “coconut” persona (an Indian who is brown on the outside but white on the inside). However, when you realise you also, at one point in time, held an internalised self-hatred for your own culture, the novel becomes a powerful metaphor for self-discovery. Just like Gogol, the strange smell of my Indian lunch was something I despised, the mispronunciation of my name something I feared and the appraisal of “white-persons” something I eagerly sought.

When I reflect on this now, it’s almost comedic. Schoolyard bullies and divisive politics no longer define my “otherness” … I could continue but my chicken biryani is ready.

Of Mice and Men, by John Steinbeck

When life seems barren and unyielding, with strong gales of wind blowing up dust and sand to blind your eyes and envelope your nostrils so that it becomes hard to breathe and purposeless to take another step forward, it is sweet respite to fall into sleep and dream of the Spring that seems so distant and impossible after a harsh and brutish Winter. Smell the fragrant salt, the earth and bees freely. Don’t close your eyes, open them for the glorious green hues that await you. Except, this garden is no longer a dream, but a new life tenderly wrapped in sarcasm and dirtied old newspapers as a gift, from a friend. You don’t know it yet, but this gift is the world. It is your universe changing for good. It is also the gift of his broken heart, knowing that soon it will be woken again to real life, to the senseless hum that is the constant rhyme and rhythm. A heart that when unanchored, is easily swept away like a piece of crumpled paper by the sand and the gale.

Share
Previous To Read Or Not To Read (A Hard Copy Book): That is the Question
Next The Mysterious $2,000+ UNSW Law Elective Admin Fees