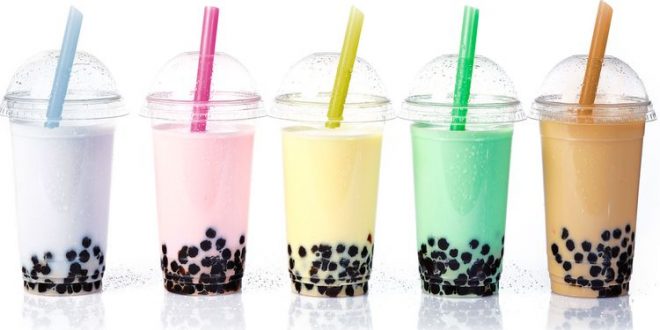 ‘The Boba Generation’: a portrait of Asian Australian youth culture

Renee Wang took her first sip of bubble tea at the age of ten. Despite having a bad experience with boba at first, she began to grow an obsession over its unique taste and chewy texture. The strawberry-flavoured milk tea filled with “chewy” but relatively tasteless pearls was first given to her by a friend at an Asian street food festival. “It was the first time I’d ever seen the black tapioca pearls. I wasn’t much of a sweet tooth and the strawberry tasted like the artificial flavouring in confectionery,” says Renee, a UNSW engineering student. But after taste testing different flavoured milk tea at virtually every single boba store in Sydney, the 21-year-old became a diehard bubble tea addict slurping down boba at least twice a week.

Sean, whose parents are from Gold Coast QLD, grew up hanging around Broadbeach’s bubble tea stores during holidays with school mates. Blasting out the latest CantoMando-pop hits from Jay Chou and raps from counterculture Chengdu trap group Higher Brothers, the outlets presented more than just a relaxing spot for the third-culture adolescents to get their daily boba drink.

The boba shop has become a snacky sanctuary of belonging. “There’s certainly something special about being in the boba shop, perhaps an inextricable connection to Asian culture or a space provided for us Asian Australians to freely express our identity and values. It had developed into a social club for Asian youth,” says Sean.  “My friends and I are immigrants, and I never felt Australian or Asian. It was great to have this physical space for us where we could articulate our Asian identities while still growing up in Australia.” For Sean, food and drink are the “best way to bind people”.

As an Asian Australian myself, I have the potential to drink literally 5 large-sized bubble tea with extra toppings and 120% sugar within a day. I believe that there are so many young Asian Australians out there like myself who adores the continual “hype” for boba.

According to Fortune Business Insights, the global bubble tea market size was estimated to be of USD 2.02 billion in 2019 and is expected to reach USD 3.39 billion by the end of 2027 with an annual growth rate of 7.2%.i As bubble tea continues to expand nationwide, a bubble tea generation has emerged, ‘The Boba Generation’, a multi-racial youth culture that represents a portrait of Asian Australian identity.

You can see examples of this viral boba trend on Subtle Asian Traits, one of the largest online social media groups representing Asian diasporas.

Jenny G. Zhang, author of Eater’s ‘The Rise (and Stall) of the Boba Generation’, says the group is like a virtual bubble tea shop. “Border-transcending virtual bubble tea shops filled with an endless stream of memes, of memes, jokes and confessions about boba, strict parents, and other markers of what is often imagined as the universal experience of children of Asian immigrants in the West.”ii

Scrolling through Subtle Asian Traits’ feed, I feel overwhelmed by the amount of boba memes and how hungry young Asians were to find a recognisable, unifying language of their shared experience. For once, these publicised quirks, punchlines and TikTok videos did not have to be explained as they were relatable and could resonate with my own culture and identity as a young Asian Australian.

Bubble tea is popular almost exclusively in Asian societies and there’s a lack of understanding and appreciation of that amongst white society. I experienced this when I first encountered a group meeting where the students there couldn’t speak or understand Chinese. My friends and I decided unanimously to offer bubble tea as a way of sharing our Asian Australian heritage to the non-Asian Australians. But their reactions surprised us, it was all along the line of: “All sugar, no substance, is this even real tea?”

Whilst celebrating the bonding of Asian identities, bubble tea has also been criticised for flattening many Asian cultures into one. Grievances can be seen through the new term “boba liberalism,” which refers to someone whose Asian identity is centred around trendy cultural artifacts and “trend-chasing spectacle,” but is unable to express their inner Asian identity in a way that represents the diversity of Asian cultural backgrounds. Like individuals who can’t stop talking about Crazy Rich Asians as a breakthrough in Asian representation, and who post selfies purposely holding boba drinks as fashion accessories to prove their Asian self to seek acceptance within white culture.

“If you search the hashtag #bobalife on Instagram and Facebook, you’ll see hundreds and thousands of aesthetically pleasing, filtered and photoshopped posts with people of Asian ethnicities holding bubble tea.” Says Fiona Ma, a UNSW international student from Nanjing.

Bubble tea became a ubiquitous accessory for the new generation of young Asian-Australians in the digital age. Social media platforms like Instagram, Twitter and Tumblr have a rich array of posts from foodies and influencers featuring aesthetic boba drinks, with locations like Chatime Kensington. Food delivery platforms like Zomato, HungryPanda, Ubereats and The DoorDash app even have their own “bubble tea” search icon.

Talitha Angelica Acaylar Trazo in her thesis Wanna Get Boba? says that online marketing of boba drinks and boba desserts foster digital solidarity, as well as the bonding of different Asian identities. “Some shops sell boba hot pot while others display glitter-infused, multi-coloured teas on their social media feeds. These online boba feeds provide a safe space for Asian Australian youth to freely express themselves and offers them opportunities to socialise among the Asian community.”iii

We are now in the midst of a large-scale multicultural food movement and boba has become one of the representative tokens of the Asian Australian youth culture. For me, boba is like my perfect going-out buddy and a great treat for once-in-a-while indulgence that cannot be replaced by morning coffee or evening cocktail. Boba marketed itself to a culturally globalised youth appearing in every corner of Australia where Asians emigrated. It should be recognise as something that shapes the cultural identity of Asian Australians. Bubble tea allows us to dissolve the divide between ‘Asianness’ and ‘Australianness’, and create a hybrid identity where we can celebrate both cultures as one.