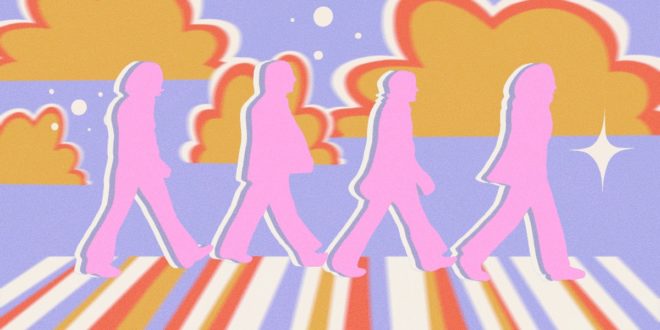 The Beatles: Do They Have a Shelf Life?

Taking on the challenge of deconstructing the Beatles’ iconic musical creations and trying to understand (if we ever can) why we still love them.

The best way to get an honest opinion on something is to ask kids.

I watched a YouTube video called ‘Kids React to the Beatles’, where, despite their evident pickiness, most participants agreed that the Beatles’ music is better than any of the stuff we hear today. The kids gave high compliments such as the Beatles being “irreplaceable” and having a “good imagination”. One believed they had a “connection” with ‘Hey Jude’. So, if children, unaware of the ground-breaking cultural shift caused by these scruffy-looking musicians over half a century ago, can still appreciate the Beatles, then who can’t?

I have always liked the Beatles, but I had never given much thought as to why. From the catchy light-hearted tunes, to the intimate ballads, to the psychedelic masterpieces, I can only sit in awe at the mind-bending talent of the Fab Four. They took experimentation to an incomprehensible level, and many musical eras later we are still yet to see anyone successfully blow up conventions in the way they did. Songs containing powerful imagery like ‘Lucy in the Sky with Diamonds’ allow us to envision kaleidoscopic colours in our heads, creating a multisensory experience.

But not all their songs were creatively masterminded rhapsodies. Some were strikingly simple. Take ‘Yesterday’ which, to this day, is still the world’s most popular song. At first, the lyrics seem obvious and plain, as do the guitar chords. However, when you break it down, even the singular word ‘yesterday’ is overflowing with symbolism. It represents themes of regret and loss, self-reflection and longing in a powerful, yet straightforward way. Every time you hear the ballad, that one simple word stares you down and makes your eyes well up. Paul McCartney’s voice peers into your soul and tugs at your heartstrings. An uncontrollable force takes over your senses and you are left feeling confronted and vulnerable, but also understood. You may even feel as if the song was written just for you. And that’s what’s so beautiful about it. This song, like many of the Beatles’, targets each listener in a way that validates their own life experiences.

Despite the individual interpretations, these songs are unifying. One song, identifying with billions of people from all walks of life? Sounds kind of unbelievable. The Beatles were merely holding up a mirror for the world to see. Their music didn’t just reflect their personal lives, they were and still are a window into the human spirit; a display of love, sorrow, and happiness.

You might assume that younger people would find it difficult to resonate with music that was made in the 1960s, but these songs defy generational boundaries. History is constantly repeating itself. All you need to do is turn on the news to see people advocating for love and harmony. These core societal values haven’t changed, which is exactly what the Beatles show. So, whether you’re a ten-year-old jumping up and down to Yellow Submarine, or a seventy-year-old playing Sergeant Pepper’s Lonely Hearts Club Band on vinyl, when you strip it back, all that’s left is the soulful, essential, even primal music that binds the human race together.

This is what music should do; remind us to love, to smile, to be together. These are the things that will never go out of fashion.

A Beatles hater once said “there seems to be no escaping” their music, which is actually a great point. The Beatles are inescapable, not in a repulsive way (as this person implies), but in a fundamentally existential way. Not only are these songs physically everywhere – on the radio, on the music charts, on most people’s shelves – they are also perpetually present within us, and you can’t escape yourself. It is widely believed that this music is so unshakably intertwined in our social discourse that it is part of the human psyche now.

And to the rogue Beatlephobes who claim their music is overrated, overproduced, overplayed, we all know you’re secretly singing and strumming your air guitar to ‘Come Together’ in the safety of your bedroom. All you lonely people, lose the pride and join the rest of us, it’ll do wonders for your health.

Share
Previous Simone Biles’ shock exit sparks discourse on mental health
Next Are You Still Watching? The Age of Reboots, Remakes and Spinoffs – How Hollywood is Leeching Off Nostalgia