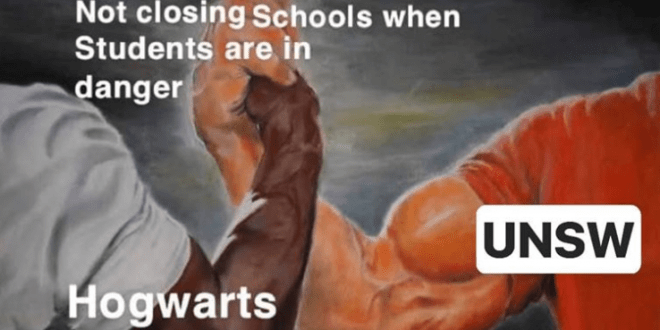 It’s safe to say that UNSW’s response to the Coronavirus crisis has been less than ideal. UNSW’s failure to take swift action with shutting down the Uni, and the perceived lack of consideration for student’s well-being, particularly UNSW students studying abroad, has caused widespread discontent across the student body.

There was the disregard for the health, safety, and financial stability of the UNSW exchange students studying abroad, as reported on by Tina Wu. Then there was the University’s lack of clear communication and action about the virus until after the census date. This timing, many students theorised, was to prevent students dropping their courses after the announcement that they would all be placed online.

Back in January a Chinese UNSW student from Wuhan was diagnosed with the virus (only the fourth confirmed case in Sydney), after living on-campus in UNSW Student Accommodation for several days. On March 15 it was announced another UNSW student from the Business School had been diagnosed. UNSW released a statement claiming the student “was not contagious while on campus”. The awkward wording of the statement was immediately the source of much ridicule and many memes amongst students. On March 17, UNSW emailed the student body to announce that another student had been diagnosed. This student was contagious on campus and attended a Science Method 1 class on the 7th of March, forcing every student in that class to immediately go into isolation for two weeks.

Many students came to the UNSW Discussion Group (a popular Facebook group with 29,000 members) to vent, and share memes about their frustrations with UNSW’s slow response.

UNSW finally announced that they were ceasing all in-person classes by Friday 20 March (at least one week too late in many student’s opinions). Although the campus is now closed, we can still revisit and laugh at some of the best memes to come out of this mess.

Here are eight of the spiciest memes about UNSW’s response to the coronavirus crisis:

3. Many students found humour in drawing comparisons between UNSW and Hogwarts

4. Shoutout to the anonymous legend who changed Ian Jacobs’ Wikipedia page (it was changed back to normal shortly after)

5. Many students speculated that the delayed coronavirus announcements had something to do with the census date on March 15th…

6. Never underestimate a UNSW Student’s ability to make fun of trimesters at every given opportunity

7. Considering the Democratic Primaries going on right now, it was only fair that a Bernie Sanders meme made it into the mix

8. And finally, this tweet, which managed to delivered the ultimate crossover of university course content and Coronavirus humour

Although it’s frustrating to be trapped at home, self-isolating in this scary time, at least we can enjoy one thing together: the constant flow of Coronavirus memes on Facebook.

Previous Science FACT-ion #1: Cloning
Next In Communion with Calliope: #6: Rock 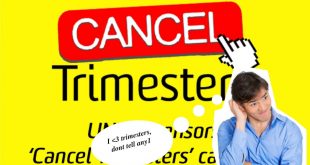 Found outside the Chancellery, a message written in blood: ‘cancel trimesters.’

By Claire Keenan Environmental Science students are in despair, one  that we spoke to stating …