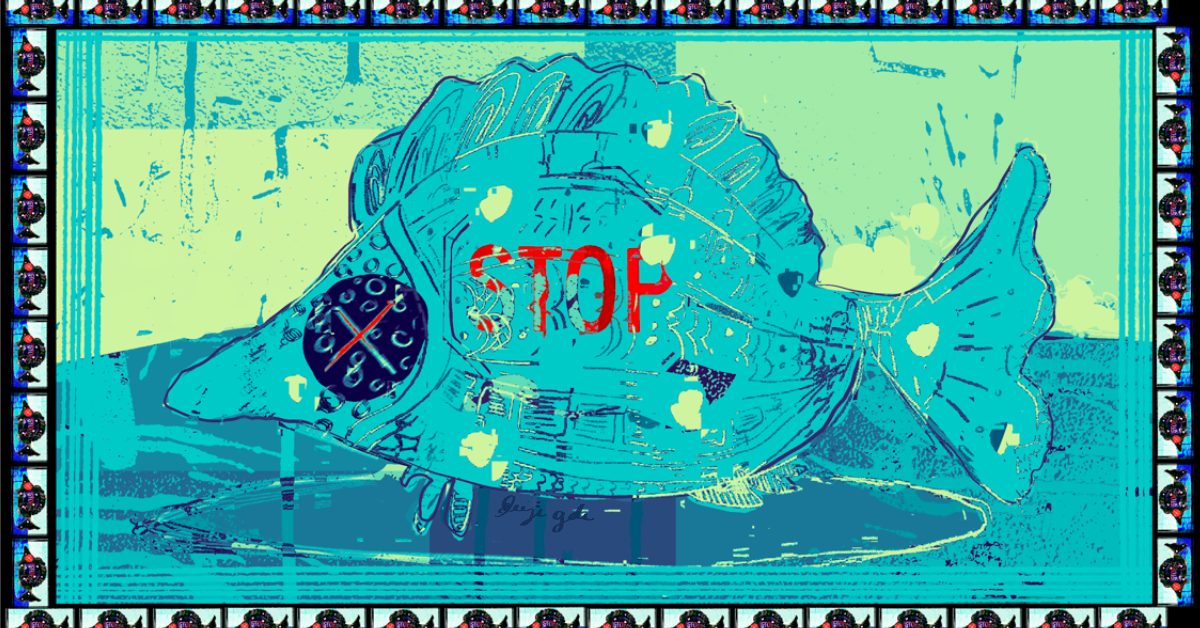 How a ‘LOCALS ONLY’ sign speaks to the many boundaries which divide the people of this country.

If you get the chance to visit the beach I live close to, you will see that on its northern cliff face, painted in thick white lines now faded by the sun but nevertheless visible, someone has written the words ‘LOCALS ONLY.’

I first noticed it last summer. I swam out far enough from the shore, past boogie-boarders and sun-screened swimmers, to reach the part of calm water before the waves begin to break. From there I turned to see the words which branded the coastline – LOCALS ONLY. Immediately, I felt intimidated. This wasn’t the work of some kid who tagged bus stops with penises because they find it funny. No. This felt like a warning. I swam back to shore and left the beach before I even had time to dry off.

Since reading the sign I became to understand that the phrase ‘locals only’ was common amongst surf culture. Google told me that surfers guard desirable breaks with zeal —  apparently good surf is supposedly hard to come by on the 26 000 kilometres of coastline which makes up the eastern border of Australia.

I found photos of beaches along the shores of sunny California and the islands of Hawaii bearing the same sign too. If the sign was meant to be aggressive, it certainly served its purpose. I have been fortunate enough to never question my idea of locality; I have lived in the same area my entire life, I have gone to school in the same area, I have friends and family that live here too. Despite this, I felt completely alienated by the sign not because I didn’t feel like a ‘local,’ but because I refused to accept that the enjoyment of this very much public beach was to the exclusion of others. The shame I had for the very existence of the sign was raveled by its aggressive words.

This territorial aggression exhibited by the sign seems commonplace amongst surf communities. While surfing communities project a laidback image, a study undertaken in Southern California revealed that the limited amount of coveted surf breaks, as well as perceptions of localism and territoriality, positively contributed to surf-related aggression.1 This hostility manifests in things like the LOCALS ONLY sign or, as a more extreme example, a surf group in 1960s San Diego painting swastikas on their boards to ward of ‘non-locals’ (these surfers crudely referred to themselves as ‘surf Nazis’).2

Of course, the study undertaken by sociologist Dr Cassie Comley does not speak to all surfers and their attitudes; I don’t doubt that there are many friendly surfers out there. But I could not find a justification for the ‘LOCALS ONLY’ sign despite the reasons Comley listed as being the cause of surfer territorialism.

In hindsight, I view this small surf beach as a microcosm for Australia more broadly, where the LOCALS ONLY sign speaks to the many boundaries which divide the people of this country. To me, the idea of a community functions by exclusion just as much as it does inclusion. It’s like building a fence. We can build fences to demarcate those within it, call them locals, share in a collective identity. But we also build fences to separate ourselves from those who live outside our idea of what our community is. And by excluding others or ‘non-locals,’ we find a way to secure our positions within our own communities.

I saw this in the way my neighbour spoke to me one morning. She had stopped me on my way to work to tell me how busy the beach was at 7 am.

“I couldn’t find a place to sit. Everyone from out West has set up tent for the day.”

She seemed irate. Ridiculously territorial over a place she laid claim too simply because she lived close to it. Who was she to say that people from whichever part of Sydney weren’t allowed to enjoy this very much public beach? She distinguished herself from those ‘out West’ and re-established herself as a ‘local’ with certain entitlements.

“You better head down their quickly,” she said, like a child scrambling for their toys.

This speaks to a larger problem amongst Australians in a nation where we are particularly concerned with building a national identity founded on togetherness. In primary school we would celebrate Harmony Day (now Harmony Week, an initiative run by the Australian Government’s Department of Home Affairs), a day where we embraced Australia as a multicultural nation. We spent the day writing messages to one another on pieces of coloured paper and cut out chain-linked people with craft scissors, hanging them like garlands across the classroom. Nowadays I can no longer buy into this idea of harmony, one which we were taught was a reality, a fixed part of the Australia identity rather than an ideal. As much as I want to believe in our multicultural unity, this ideal seems far-fetched when Australians continue to celebrate the day this land was invaded, where friends are told to ‘gobacktowheretheycamefrom’ as they step off a bus, where cultural sites are demolished to make way for coal mines and highways, where racist accusations flare during the Covid-19 pandemic, where Indigenous people are 11 times more likely to go to prison than non-Indigenous people,3 where refugees and asylum seekers are continually locked-up in indefinite off-shore detention, and where a place as public and open as a beach becomes territorialised to the exclusion of many.

I went back to the same beach this summer, forgetting about the sign after the year that had been, and found that someone had crossed out the word LOCAL and wrote LOVE to the right of ONLY. Now the message read ONLY LOVE. It seemed oddly heart-warming. I can imagine the determined artist who scaled the cliff with spray-paint in hand and thought to write something reminiscent of a Beetles’ song. What I didn’t see was that someone had merely scaled the cliff a bit further along, found an almost unreachable place and rewrote LOCALS ONLY. Something told me that this sign would not be altered nor fade away for some time.