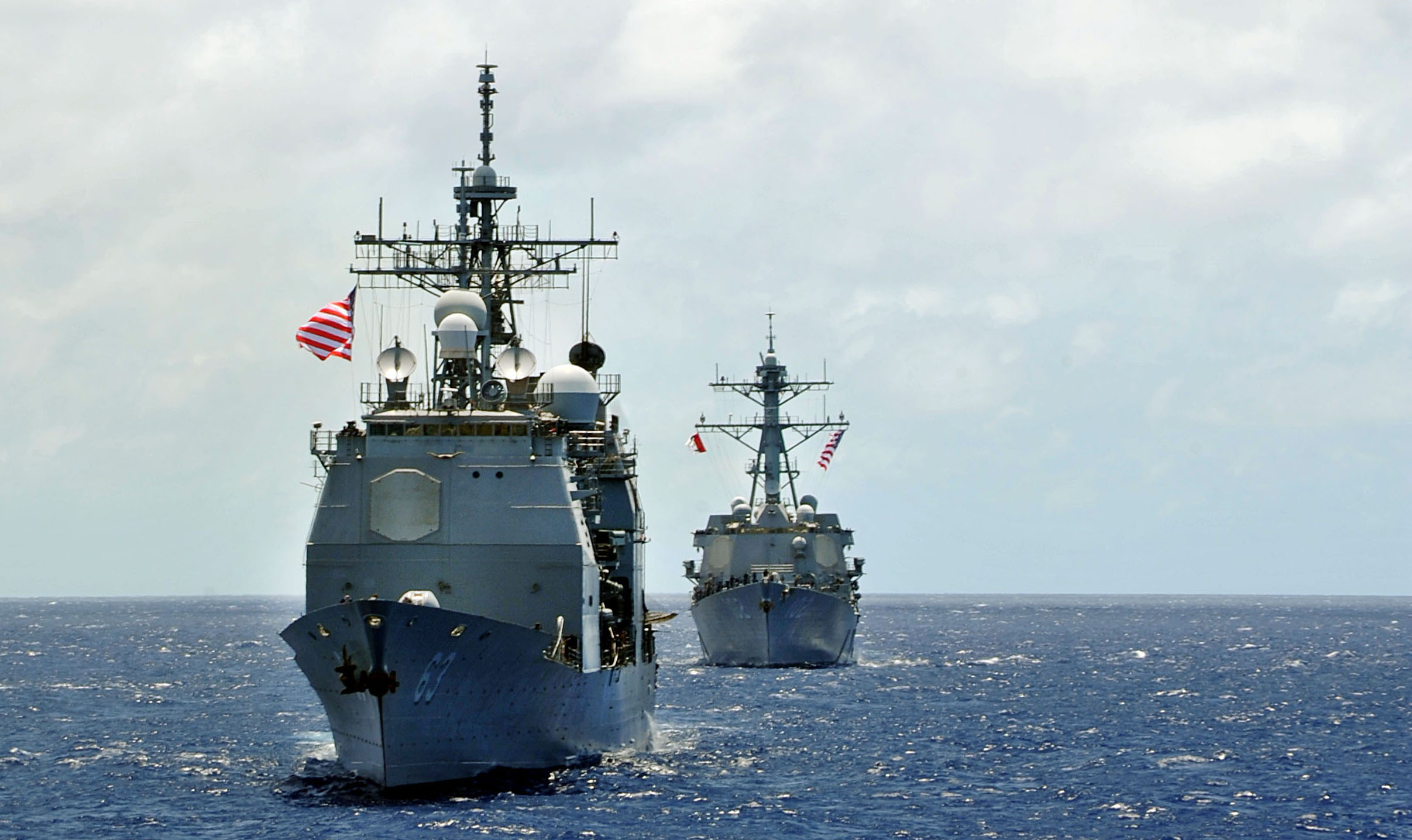 The South China Sea is one of East Asia’s most important military flashpoints. It is the world’s second most used sea-lane and accommodates a third of the world’s shipping.

Professor Felix Patrikeeff, Associate Professor in International Relations at the University of Adelaide, believes that the clashes are being caused by China’s aggressive attitude toward its neighbours in the region.

“The current tension is due to the lingering problem that china is engaged in with its neighbours around the South China Sea,” he says.

“It’s had a few clash points including the Spratly Islands which became very contentious, and in addition to that, China is pressing for what it claims to be its own sea in many respects by the simple virtue that it’s called the South China Sea.” Taiwan lies the North of the Sea and the Straits of Malacca to the left, and both are important strategic entrance points to the area. Professor Patrikeeff says the US is nervous about the potential of having excessive turbulence in the area that would threaten free passage.

“There have been exchanges between the various parties concerned and these include the Phillipines, Vietnam, Malaysia and all of them are jockeying for position in the area, which makes for a very unstable region,” he says.

“For America the idea of instability in such a key area is not a terrible attractive proposition.”

Dr Jonathan Hassid, Research Fellow at the UTS China Research Centre, doesn’t believe that the US is making any territorial claims over the region.

“China claims a huge chunk of the South China Sea and has ongoing territorial disputes with a number of other countries in the region,” he says.

“The US wants to ensure free passage of shipping in the area and so the US state department has recently issued a statement saying it wants to keep the area peaceful and make sure that things don’t escalate into a war.”

In the 1940’s, China released a document called the ‘nine-dash-line map’ which claims a large segment of the sea, coming very close to many other countries’ borders. In the last couple of years, China has been upping the rhetoric, Dr Hassid says, by stating that the entire sea is Chinese territory.

“The important dimension is that if you look at the map and the area claimed by china is an enormous area and comes very close to areas acknowledged territory of the Philippines and Malaysia,” he says. “So China, in relying on this very vague and historically questionable map is really pushing its maritime claims very close to a lot of other countries and that’s worrying.”

Australia seems to have been dragged into a situation they did not originally want to be a part of through their involvement with the US. Our role in the conflict seems to come from, not only our desire for free passage, but also through our treaty with the US which deems our maritime concerns as mutual.

There have been anxieties that the situation may arise where Australia will be forced to choose between China and the US.

Professor Patrikeeff says that he feels this is an unlikely scenario.

“I don’t think Australia, either is or wants to, be in a position to choose between China or the US. It has taken a very clear line. It has partners, it has friends, it has interests; independent bilateral relationships,” he says.

“The idea that Australia has to choose between the top military and economic power is not really something that we’d want to get into because it would be very messy and awkward for us to actually deal with that diplomatic environment.”

Professor Patrikeeff says it is too difficult, at this point, to say what the outcome is likely to be.

“A lot of it hinges on one crucial aspect and that is whether or not the countries of ASEAN can actually come to a common position between themselves and neutralise the area and sea,” he says. “That’s nowhere near coming to pass because there are too many internal rivalries and problems.”

While it may seem strange that all these issues only seem to have arisen in the last couple of years, Dr Hassid says that all has to do with the resources in the area.

“None of this really mattered until it turned out there was a lot of oil in the area,” he says. “So as soon as that was discovered, the stakes really started to heat up.”

Professor Patrikeeff attributes much of the aggression present to China’s desire for control over the oil and natural gas, saying “[it] is very attractive, especially to a power hungry country such as China, who would dearly love to control as many predictable areas of power supply and raw material as possible.”

While the forceful nature of China’s military action seems to be intimidating and threatening, Dr Hassid doubts the effectiveness of such an overt attitude.

“In the long run, this sort of aggressive posture might not work for China because it’s making countries with competing claims nervous and driving them into the arms of the US,” he says. “If China is trying to convince its neighbours to let China have more leeway they’re doing a poor job of it by being so aggressive.”

Professor Patrikeeff says that it is unlikely that this tension will result in open conflict or war.

“What we have is countries going in with smaller vessels and flexing their muscles without actually showing that they’re going to send very large military despatches in,” he says. “A lot of control over supplies is currently had by whoever is there with bigger guns.”