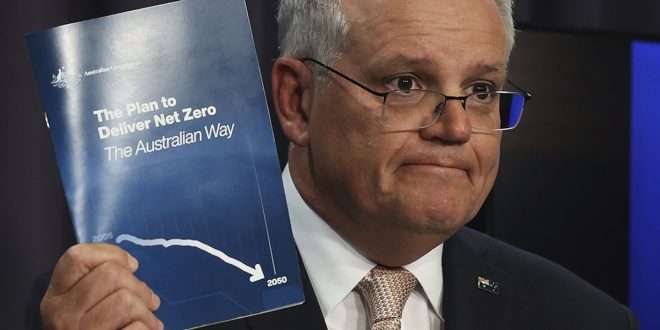 Technology not taxes: How the government is budgeting for net zero 2050

The 2022 Budget wasn’t short of talking points about the cost of living, women’s issues, and regional investments. However, it remained quiet on climate action or Australia’s Net Zero 2050 commitment. This year’s budget is a drop in the ocean as far as transforming Australia’s energy market goes.

Australian economists have been calling for more investment into the net zero transition, with 60.9% citing it as one of their top 2 priority areas for the 2022 Budget. Six in ten Australians believe that global warming is a serious and pressing problem and eight in ten of Australia’s top economists support action to cut Australia’s carbon missions to net zero.

So, did the 2022 Budget reflect this overwhelming sense of urgency?

The 2022 Budget proposes spending $446 million on ‘clean energy’ over the next 5 years. This includes $50.3 million dedicated to accelerating gas infrastructure projects and controversial Carbon Capture and Storage (CCS) technology. Spending in this area is dwarfed by spending in other areas such as regional investment ($7.1 billion) and defence ($48 billion).

Econometrician and UNSW Business School senior lecturer Timothy Neal provided some insight on how these budget proposals would impact Australia’s net zero goal. He expressed concern that Australia’s Net Zero 2020 plan overwhelmingly relies on emerging technologies that haven’t been proven to reliably work. These technologies include CCS, which has not yet been proven to work at a large scale in Australia. In fact, Australia’s only current large-scale CCS project has failed to meet its targets, whilst proving incredibly expensive to build and maintain. This hasn’t stopped the ever-optimistic government from pouring $220 million into a new CCS hub, to be operational by 2024. Worse still, a large portion of Australia’s emissions reduction plan relies on “global technological trends,” which is a fancy way of saying technology that hasn’t even been conceived of yet.

So, how is the government funding these scientific and technological leaps and bounds?

“Technology, not taxes, will get us there,” Josh Frydenberg declared on Tuesday night regarding the Australian Government’s Net Zero plans.

One way the government hopes to spark domestic innovation in the 2022 Budget is by expanding the patent box tax concession. This policy would make it cheaper to get patents for new inventions that include low emissions technology. However, research has suggested that patent boxes have little impact on improving overall Research & Development (R&D) activity. Experts worry that such a policy could deliver very little bang for its buck, especially due to its potential to be used as a means of tax avoidance for companies with little R&D presence in Australia.

When asked about if taxation could be useful in reducing emissions, Timothy Neal said “Almost any economist would tell you that the most efficient way to abate emissions is to set a tax on the emission of carbon or other greenhouse gases.”

He explained that a carbon tax would essentially force businesses to factor the social cost of emitting carbon into their cost of production. Firms would be forced to find ways to reduce their carbon emissions in order to reduce this cost. This would be a strong incentive for the private sector to adopt cleaner technology in the cheapest and most efficient manner possible.

A carbon tax could potentially facilitate even more technological progress in the private sector than the patent boxes and small business tax breaks featured in this year’s budget.

Almost nine in ten of Australia’s top economists back some form of carbon tax or price.

Although not prioritised in the 2022 Budget, Australia is well-placed to be a leader in climate action. As Josh Frydenberg was quick to point out on Tuesday night, Australia has a very high uptake in rooftop solar. Over 1 in 4 Australian homes have solar panels. Political support between 2007 and 2013 also helped Australia get a head start in implementing renewable energy, through investment into organisations such as ARENA and the CEFC.

Instead of investing more in large-scale infrastructure that could substantially support Australia’s current trend of renewable investment, the government has instead opted to provide modest funding for private sector investment and micro-grids for small communities in regional and rural Australia. This lack of ambition is a missed opportunity, considering that the government would be well-placed to do so. This could include transmission networks to bring solar and wind power collected in the regions to the cities, or investment into battery technology that could store energy from intermittent renewable power sources and allow them to be used to reliably power Australia’s energy grids.

With renewable energy becoming increasingly cheap, it is puzzling that the government is so adamant on investing in unproven technologies to fulfil its Net Zero 2050 commitment.

When considering why the government continues to drag its feet on concrete climate policy, we can only really speculate.

The Liberal Party’s aversion to taxes aligns with their political modus operandi – it would be unusual for them to support a carbon tax when they position themselves as the party that delivers low taxes to Australian citizens. The party vehement also disapproved of the Gillard government’s attempts to introduce a carbon tax back in 2011.

The government is deeply intertwined with fossil fuel lobbyists, who only stand to lose from policies that give clean technology a competitive advantage. The Morrison government put a committee of fossil fuel and gas industry leaders in charge of managing Australia’s inexplicable “gas led recovery” from COVID-19 (more on that here and here if you’re interested in diving down that rabbit-hole). Furthermore, some experts position the government’s favouring of technologies such as CCS a “free pass to pollute”.

If Australia does get to Net Zero 2050, it is very unlikely that we will get there through current federal government action, and this is reflected strongly in this year’s budget. Luckily, Australia’s private sector and state government leaders appear to be moving forward without the government, and the renewable energy sector continues to grow in Australia.

As a federal body that continues to prop up dying industries, fund environmentally damaging projects and essentially fight tooth and nail against the net-zero transitions that are already occurring in the free market, we can only hope that the federal government will simply get out of the way.