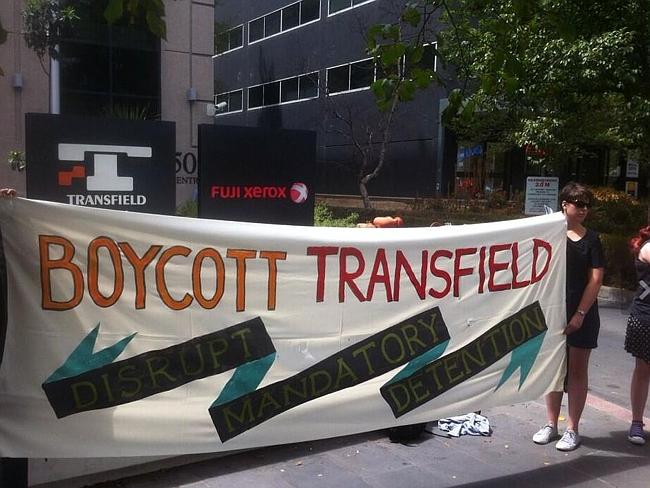 Artists, activists, curators and cultural Sydneysiders breathed a sigh of relief on March 7 when Luca Belgiorno-Nettis, the director of Transfield Holdings, stepped down as chairman of the Sydney Biennale after mounting pressure.

If you missed the controversy leading up to his resignation, Transfield recently signed a $1.2 billion contract committing to the building and maintenance of offshore detention centres on Nauru and Manus Island. The controversial link between the Biennale and the government’s implementation of mandatory detention provoked a handful of artists to withdraw their work, relinquish their fee and cancel their public events in protest.

In the social media sphere, this unexpected news was greeted with gleeful and congratulatory comments. However, it has quickly become apparent that although this is a good result, it may not necessarily be a great one.

As Belgiorno-Nettis’s father co-founded the Biennale in 1973, this severing of ties signals the end of a partnership spanning 41 years. Thus, Sydney’s public art programs and cultural reputation have been intricately entwined with the generosity of this family. This reveals the unfortunate fact that arts organisations often have to rely on philanthropic and government support – a situation that is unlikely to change in the near future.

The boycotts have been criticised on various fronts for the inconsistency of their protests. The fact is that Transfield has donated money to the Australian Chamber Orchestra and the Art Gallery of NSW, so why not boycott these institutions as well? Perhaps it is simply because at this moment in time, there is no global spotlight illuminating their financial ties.

The question of where to draw to the line when it comes to “dirty money” is a difficult one. The refusal to accept funding from every corporate brand that is remotely associated with human suffering may leave a static or non-existent art scene. This notion that art cannot afford to be ethical is a deeply concerning one.

Although it’s a moral victory, there is speculation that this turn of events will signal greater difficulty for arts funding in the future. Nevertheless, it is an unhealthy state of affairs when the biggest event of the cultural calendar is painted as hinging on one ethically questionable sponsor. This locates the event firmly in the custody of the corporation, not the artists, nor the people of Sydney.

In a statement regarding his resignation, Belgiorno-Nettis expressed the unfair situation, in which, the dedicated Biennale team have withstood the “blood on your hands” brunt of the criticism. Indeed, targeting a non-unionised workforce that includes many loyal volunteers is misdirected anger.

However, of further importance is the lack of criticism directed at the Australian government, the body that is enforcing these inhumane policies. In her article, published in The Conversation (8 March 2014), Prof. Joanna Mendelssohn pointed out that “by outsourcing the more distasteful aspects of government, they are setting up private companies as future scapegoats, and in doing so hoping to avoid the consequences of their own decisions”. This exposes a dark political reality wherein private contractors are given financial incentive to facilitate mandatory detention as a calculated deferral of blame.

Complexities aside, what the boycotts and Belgiorno-Nettis’s resignation have demonstrated is that there is a great deal of embarrassment and disgrace surrounding Australia’s treatment of refugees. It seems that Transfield’s withdrawal as an official sponsor, as opposed to reconsidering its contractual obligations on Manus Island and Nauru, has been to stifle the increasingly international coverage of the protest.

Although it is unclear how events will now unfold and what the long-term repercussions will be for Sydney’s art scene, we can hope that a new standard of ethical sponsorship will be set. This is a small victory, but it is important to remember that the privatisation of human suffering will prevail under Transfield.