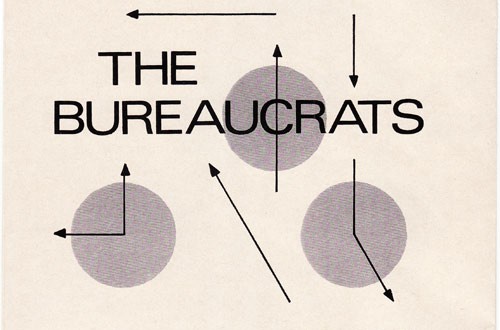 Note: In the Tharunka print-version of this article, Ed’s opinion piece wasn’t titled correctly. Completely our fault, not Ed’s!

Each year since 2012 UNSW collects a Student Service and Amenities Fee (SSAF) of $273 per year from each local undergraduate and postgraduate student and in 2012 this totalled $6.3m. The SSAF Legislation allows universities to charge students this fee on the condition that the money raised can only be spent on things that are classified as ‘student services’, and that the university consults with the student body regarding where the money is spent.

This consultation is done by the ‘Student Leaders Group’ which includes the Arc Chair Chris Mann, the SRC President Ross Willing, the Postgrad Council president Josh Yen, and Student Development Convenor (clubs and societies) Andy Roberts. This group is responsible for meeting with UNSW to take part in the formal consultation process that is required under law.

This group has been meeting with UNSW Chancellery since the start of the year, and according to the UNSW SSAF website they have met three times. Despite there have being three meetings this year where there have been discussion about what services should be grown and which cut, there has been nothing on the public record about what has been discussed. The students of UNSW who are paying these fees are being left completely in the dark about what their student leaders are telling the uni what to spend their money on.

The Leaders’ attitude to keeping the student body informed and up to date about the fate of what is essentially their $6.3m appears to be one of apathy. It appears that these student leaders are content in not drawing attention to their actions, perhaps due to oversight or ignorance, perhaps out of fear of criticism and scrutiny, or perhaps even they do not feel that it is their role to do so.

Some may argue that students don’t care and won’t pay attention but that by no means an acceptable argument for any student representative to make. Although the job descriptions of some of the representative roles at UNSW may be vague and unspoken, this much is clear- the job is to represent.

Representation means speaking on the behalf of students and transferring their collective thoughts and opinions. It is then also just as much your job to communicate to those you represent the outcome of your discussions so that the student body many be informed and able to make new thoughts and opinions. If a student representative had the view that this was too hard, or pointless, then I say get out of the way and let someone that actually wants to represent, not just get a few lines in their resume.

I do not doubt that negotiating with the university is difficult and that being a student leader is demanding, but keeping the student informed about progress and outcome of their $6.3m is an essential part of that role, and something that I believe is well within the leader’s grasp of achieving.

All they need to do is try.

Ed Kearney was the 2012 Postgrad Council President and member of the 2012 Student Leaders group.

Response from the Student Leaders Group

We write to respond to the opinion piece by Ed Kearney in the last edition of Tharunka which claimed that ‘Student Beaurocrats (sic) waste Student’s $136.50 SAAF (sic) Fees’.

Firstly, the title of the piece is misleading and doesn’t reflect what the article actually claims. Mr Kearney’s article in fact claims that the Student Leaders Group (SLG) is not fulfilling our responsibility to students by explaining what is going on with the continuing Student Services Amenities Fee (SSAF) negotiations. It’s difficult to see how this is related to ‘waste’ and so we will focus on responding to the substance of the article.

The SSAF is collected by the University and they are required to consult with democratically elected student leaders about how that is spent. Each year Chancellery meets with the Chair of Arc, the SRC President, the PGC President, University Council Representatives, the Inter-Residential Council President and the Student Development Convenor, collectively known as the Student Leaders Group.

This year the SLG established a Student Services Committee, chaired by Neil Morris, with the intent of reporting directly into the University’s budget processes. This, in itself, is an important step in embedding a student voice in the way student money is spent.

Prior to the Federal Government’s cuts, negotiations were proceeding well and we looked to have secured a substantial pool of funding for new projects over the long term. However the Government cuts made this impossible and we prioritised protecting existing services. The Student Leaders Group subsequently compiled a report that was submitted to the committee outlining areas of student services expenditure that should be protected, potential areas for new spending and areas of expenditure where we would like more information. We are still waiting on the University’s reply that we hope to receive in week 7.

Fundamentally, there has been no change in the approach from last year when Mr Kearney was a part of this group. It would be no secret that we have been disappointed with the delay in response from the University. However, as in any negotiation, going public in our criticism is a last resort and we determined that it wouldn’t be in the best interests of students to do so – this doesn’t fit in with Mr Kearney’s imputations of laziness, apathy or incompetence. The group has been open and transparent about these negotiations. It has been a consistent feature of reports to our respective councils and included in Tharunka Reports.

We look forward to Chancellery’s response and will be diligent in sharing it with students. In the meantime, if students would like to raise issues of concern they should not hesitate to contact any or all of us.