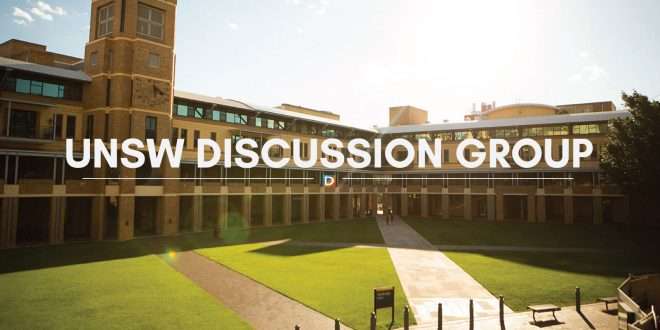 Mike Myers is a second-year student at UNSW, studying a Bachelor of Science, majoring in Physics. Yesterday, he published a post on UNSW Discussion Group alleging that UNSW has referred him to NSW Police and the Student Conduct and Integrity Team for repeatedly trying to lodge a complaint about two incidents from 2020.

Myers further alleged that the University has read and intercepted emails between himself and UNSW staff.

In response to Tharunka’s request for comment, a UNSW Sydney spokesperson said:

“UNSW Sydney does not comment on individual student matters. In response to a Facebook message on an unaffiliated UNSW Discussion Group suggesting the University is reading or censoring email messages between students and Arc Legal or UNSW Health services, UNSW unequivocally refutes the claims. These communications are confidential between the student and the service”.

Myers told Tharunka in June 2020, several individuals accused him of being a sexual predator and pedophile operating on UNSW’s campus. The individuals made the accusations as comments to several posts on UNSW Discussion Group, a university-centred Facebook page with over 45,000 members.

Myers is a mature-age student and is concerned about the impact of the allegations on his reputation while studying on campus.

Myers reported the incident to UNSW at the time, hoping that the university would reprimand the UNSW students who have accused him.

“I didn’t know what kind of punishment they might get, I said I’d like them expelled or at least punished somehow,” he said.

The University’s official response was that they could not find the students in their system’s records and therefore could not reprimand them.

Myers provided evidence that the individuals were UNSW students, including one of the student’s legal defense, which stated they were a UNSW student. However, the University did not change their stance.

Myers has since sued two of the students for defamation and will go to court to resolve the case in August 2022.  He paid $700 to do so.

“Eventually I decided to stop complaining because there’s pretty much no point and I’ll just proceed with the lawsuits. At this point, [the proceedings] have taken nearly two years because of COVID-19 and because they keep delaying things”.

In an earlier and separate incident, Myers claims he reported a woman for smoking outside the UNSW library. Myers said the woman refused to give her name and accused Myers of hitting her.

In response, Myers alleges the University accused him of committing assault and gave him an official reprimand, recording his name on the University’s Misconduct Register.

Myers asked for this record to be removed but was unsuccessful. He threatened to sue UNSW if they did not remove the misconduct finding, claiming it was defamatory because it could be viewed by others. He eventually sued the University, paying $700 for the lawsuit.

He alleges that the University has threatened to expel him for swearing in the emails he has sent to UNSW staff relating to both incidents.

Myers said: “I think a lot of what UNSW is doing is retaliatory. They don’t want to admit that they did the wrong thing so instead of backing down and apologising quietly, they’re…trying to escalate it”.

“I have to wait until August now for the hearings on both cases”.

More information will become available at the conclusion of both lawsuits in August.

Disclaimer: For the purposes of privacy, some names in the above article have been changed.

Arc Legal and Advocacy service is entirely independent from the university. Arc Legal & Advocacy does not disclose confidential information to UNSW or report what students discuss unless they explicitly consent to and request this. It is the most fundamental aspect of the service. UNSW does not have access to Arc emails and does not have access to our files or student records. Importantly, UNSW have never asked for this and there is intrinsic respect by the university staff for this confidentiality. We absolutely deny any claim otherwise and reiterate our assurance to students that whatever is disclosed to Arc Legal & Advocacy team remains privileged and confidential, and that students’ privacy and confidentiality will always be respected.

Previous The only how to vote card you need!
Next Any different from 1943? The toxic boys club at the heart of Australia’s Parliament