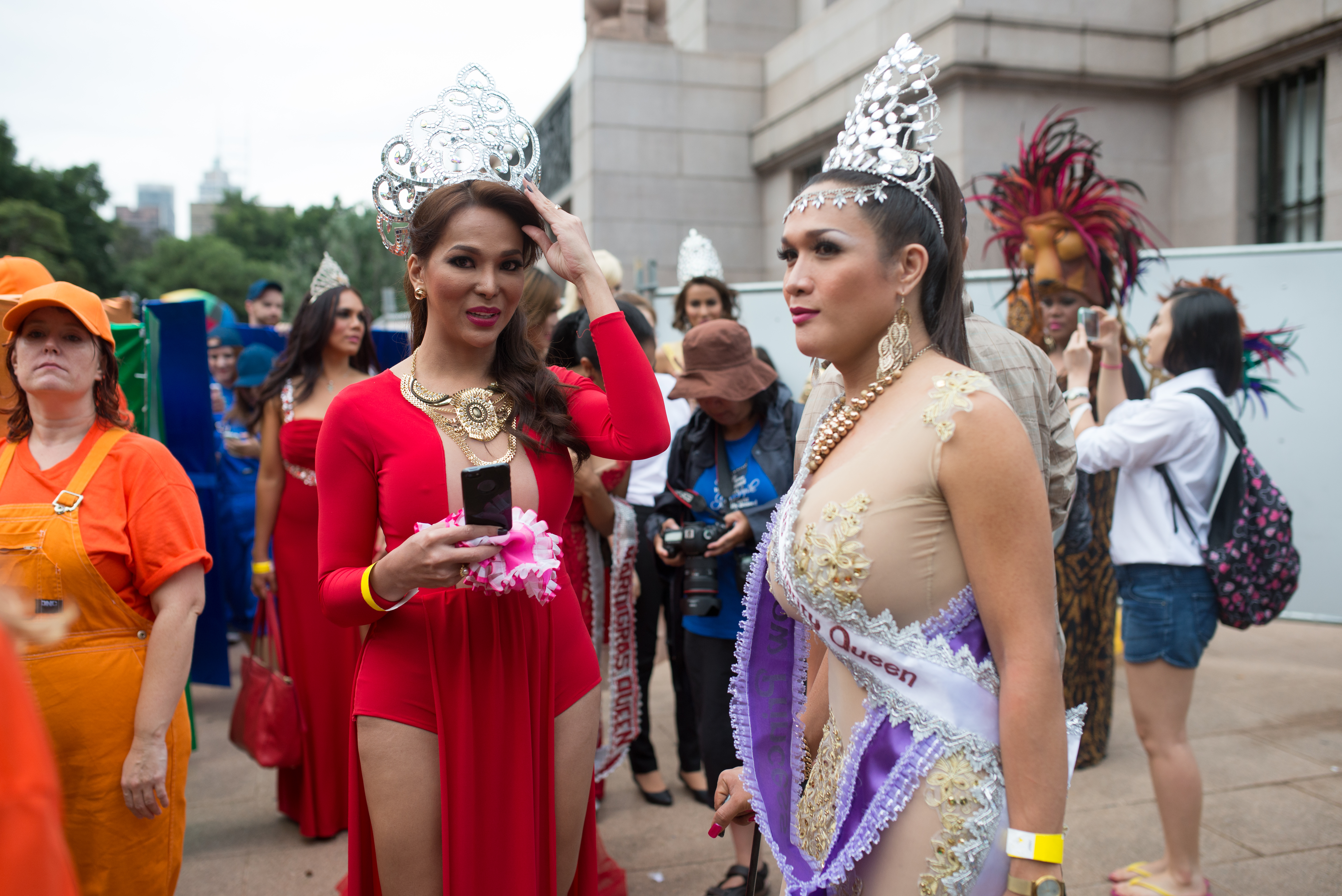 Student involvement in Mardi Gras on the rise When Dean Mattar was one of UNSW’s Queer Officers last year, he was disturbed by accounts of queer students facing violence.

“There have been many times where I had to help fill out apprehension of violence orders, or book taxis for students because they didn’t feel safe going home, and there were many times when I had calls from hospitals…that linked on to issues of bullying on campus,” he says.

“Usually this type of harassment tends to happen behind closed doors, but it is still quite rampant.”

Mattar, now a co-convener of the Australian Queer Student Network (AQSN), sees it as his responsibility to stop incidents like these – through engaging universities with empirical evidence, creating a safe and social network of queer students, and encouraging expressions of pride, like the Sydney Mardis Gras.

Oliver Barry, a UNSW student, was part of the opening float for the 2014 Sydney Mardi Gras and saw it as a great experience.

“It was very liberating, and really fun,” he says.

“It made me really proud, you know, that this began as just a small protest, but now it’s become a huge celebration of queer culture. It’s really great to be a part of it.”

Andy Zephyr, the UTS SRC President and former UTS Queer Officer, says that queer students from universities all over the country came to participate in the float.

“We had students come up from the University of Tasmania, we had one of the National Union of Students’ Queer Officers, we had people from Queensland, we had people from Western Australia, so yeah it was a really big get together of quite a lot of people,” Zephyr says.

“We had about 15 to 20 per cent of students on the float that would have been from outside NSW.”

Dean Mattar agrees with Andy that the student involvement is on the rise.

“I was an organiser of the committee last year, and in my experience of this year and last year, there was a significantly larger presence this year. We had more participants, and we had more universities willing to give donations, which was very needed and beneficial for everyone, so yeah it’s a growing process.

Of course, it is not an easy task to assemble this many students into a unified float.

“Organising queer students to come in from all over Australia to Sydney on a night that is usually raining, and all trying to participate in the one event, while usually a little bit high on life, is pretty difficult,” Zephyr says.

“I mean, we had trouble communicating. We have such a diverse range of people in the queer collective and in queer networks that it’s hard to try and encapsulate a theme, and encapsulate spaces that are personal to everyone, but also represent everyone. That was probably the biggest problem we had, because we wanted to establish that we’re here to make Mardi Gras, a more corporate event, political, but we also want to have the space for people to go, ‘I think it’s a political push to just literally be myself, for me to be myself in society, that is a political push for me.’”

Zephyr is, however, pleased at the increased involvement from queer leaders within universities.

“I feel a lot more confident, because this year, we’ve had a lot more involvement from queer officers, who are coming into their roles…so we had all four office bearers from Sydney, we had twice as much involvement from UTS, we had a really good showing from UNSW, we had people from UWS getting involved [and] we had people from Macquarie who were really keen,” Zephyr says.

The theme of the Cross Campus float this year was “More than Marriage” – a look at some of the other issues that queer students face besides the fight for marriage equality.

“We invited student representatives to put together small blocks to draw attention to particular political issues that affect queer students,” says Mr Mattar. “For example, we had a people of colour block that focused on the discrimination that affects queer people of colour, [and] we had queer refugees, police brutality, queer education, and a few others as well.”

“We wanted to say basically that the queer students, the queer student networks we have in NSW, are more than marriage,” Zephyr says. “We’re about queer refugees, we’re about trans and intersex rights, we’re about making sure that in all aspects of the law, queer people, gender and sex diverse people aren’t discriminated against.”

Zephyr and Mattar see the growth in student participation as hugely beneficial because they both see university students as an essential part of Mardi Gras.

“We often study gender studies, we’re often involved in political groups like queer collective, and we’re able to reintroduce some of that political awareness back into Mardi Gras, which is sometimes considered to be a really corporatised event, and we make it a little bit more political again,” Zephyr says.

“I believe Mardi Gras is a beneficial thing, because we look at the historical context, and how it gives us a politicised perspective. It really gives voices to minorities, to able to politicise their rights [and] say ‘look, we are citizens, we are humans, and we demand equal rights,’” Mr Mattar says.