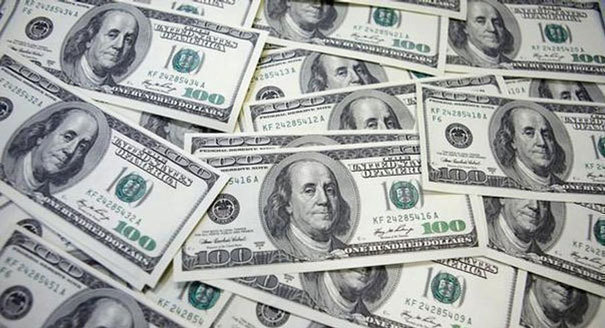 (Student) Bank Balance Confessions: the 27-year-old Commuting from the Hunter and Living on $222.50 of Centrelink a Week

Last week, The Cusp published a spending diary of a 33-year-old Eastern Suburbs woman earning $775 a week. On a Facebook post linking the article, partner site, Junkee, asked: “What does it look like to live week-to-week in Sydney?” Yet, for the writer, living “week-to-week” means soy cappuccinos, throwing Tim Tams in the bin “to stop myself eating the entire packet in one sitting” and having money leftover for savings. In response, Tharunka asked UNSW students what “living week-to-week” means to them.

I’m a 27-year-old student with a Higher Educational Loan Payment debt ten times larger than my superannuation balance, and a desire to graduate by 2019.

I dropped out of my final year of schooling. I never sat my HSC. So, after three long years working for my mother’s business six days a week for $450, I was looking forward to realising the potential so many high school teachers described in their reports. I started studying in 2011 as a mature-aged student.

After two years of a photography degree at a rural university and a semester abroad in Northern California—at a little place called Humboldt State University—I wanted to expand my horizons and started looking at transferring to one of Sydney’s universities.

In 2014, I started an Arts degree at UNSW, almost immediately regretting the combination of Sociology and Creative Writing. During my second semester, commuting from my family home on the Central Coast became too much when my timetable spanned four days.

For the next two and a half years, I lived in the Inner West and Eastern Suburbs, subsidising my Centrelink income with casual work. It was soul destroying to pay up to $220 a week for a sublet bedroom in a series of filthy share houses.

Last year, trying to juggle academic, occupational, financial and social obligations overwhelmed my mind. After exhausting the free psychological services available on a Mental Health Plan in a few months, and intermittently losing income due to hospitalisations, finding the money to see a psychologist became impossible.

I applied for an Equity Scholarship and, when one was awarded, I decided to use it to escape my problems by travelling halfway across the globe. It wasn’t the responsible thing to do, but after being consumed by the black cloud of depression and attempting suicide a handful of times in a year, long term planning fell by the wayside.

Returning from six weeks in Europe at the start of the New Year, I realised that prioritising my studies meant that I wouldn’t be capable of moving back to Sydney. I’d prefer to study part-time and support myself though work, however this would mean losing my Austudy payments and a whole bunch of other perks, like discounted travel.

I currently reside in Maitland—166 kilometres northwest of Sydney—with my retired single mother. I receive $444.50 a fortnight from Centrelink.

$444.50 shiny tax-payer dollars! How will I spend them? I put aside half for next week.

I’ve got class tomorrow at 10am. I decide that instead of waking up at 5am to catch the train down, I’ll head to a friend’s and sleep on their couch. I drive to Telarah station to catch the first of two trains. Four hours later, I arrive at Central. $2.90—thanks to my student concession for studying full-time.

I buy myself an unhealthy, but convenient, dinner for $9.80 at a small take-away shop at the station, not wanting to impose too greatly on my friends who I’m staying with.

I spend very little on food, eating 2-minute noodles and drinking copious amounts of tea through the day. But when dinner comes around, neither mum nor I want to cook, so we split the price of two pizzas for $17.95 (pick-up only).

I wake up at a reasonable hour and travel an hour by bus to Paddington for $1.05.

It’s Free Toast Friday hosted by Arc @ Art & Design! I lather a slice with Nutella and fill my water bottle during a break in class.

At the end of class, I head across the road to grab a $5 Indian kebab—discounted for students.

With an hour to spare until my next train service, I squeeze in some exercise by walking down Oxford Street to Central. I get on the 1:15pm train to Hamilton, and wait there for 20 minutes before an all-station service to Telarah. Tap off: $2.90.

On my way home, mum asks me to stop at the shops. I grab milk and a few other groceries for $15.

I’m socially isolated in Maitland. Not working or studying here means it’s difficult to meet people. So my weekends are reserved for staying at home and studying. I downloaded a free student version of Cinema 4D—ironically a 3D modelling and animation program—which I intend to use for an assignment. The catch: the authentication takes 10 days, and in the mean time I cannot save working files or rendered images.

I spend very little on food, eating 2-minute noodles and drinking copious amounts of tea through the day. But when dinner comes around, neither mum nor I want to cook, so we split the price of two pizzas for $17.95 (pick-up only).

In preparation for my Experimental Drawing class on Tuesday, I head off to Kmart and Bunnings to buy materials to experiment with. I limit myself to about $10 at each shop.

It’s a really hot day, so while I’m out, I stop at Hungry Jacks for a $1 Frozen Fanta. I buy one for my mum too.

I decide again to stay in Sydney the night before a 10am class. I drive this time, because the alternative is finishing class at 6pm, waiting over an hour for the train then arriving home at 11pm. I divert to a servo at Thornton, a locally known hotspot for cheap petrol. I fill my tank and grab an iced coffee and a donut for the road. $36.50 all up.

As I’m spending the night, I’ve come down earlier in the day to attend an Education Collective event against trimesters. The rain has been torrential and despite hitting the end of the motorway at 11am, the traffic is still out of control. I don’t want miss the event I’ve purposefully left early for, so I resolve to use the toll roads; the M2, Lane Cove Tunnel, Harbour Tunnel and Eastern Distributor cost $8.25 in total.

When I’m leaving uni, I ask my hosts if I can join them for dinner and offer to pick up ingredients on the way over. I get spinach and a bottle of wine for $12.

…materials for drawing and professional printing for design assignments, insulin pump supplies that aren’t covered on the Public Benefits Scheme or by the health insurance that costs me $27.30 a month, and extra trips to Sydney to see a psychiatrist and endocrinologist as an out-patient of Prince of Wales Hospital.

I have the luxury of a normal wake up again! I pack a can of Mother from home this time and pull it out of the fridge. I catch a bus from my mate’s place because that’s easier than finding a parking spot for my evening class at Art & Design. The trip costs me $1.05.

When class ends two hours later I’m starving! I hit up one of the many over-priced food vendors on campus for a light lunch—and by lunch, I mean a $5 tub of yoghurt.

I contemplate my options for making my way to Art & Design during my 3-hour break. I could take the free shuttle bus; it’s on upper campus and can fill up quickly. I decide not to take the risk of waiting an hour for the next one and head to Anzac Parade. I forgot about the Light Rail construction. I walk around the corner to catch an M50 before realizing that it actually doesn’t go past the Art & Design campus. I swap buses and, for some strange reason, this 30-minute trip costs me $1.75.

Class runs from 3 – 6. It’s awkwardly timed for dinner, so I head in with a cookie and drink ($5.50) from 7-11. I assume that most people have a late dinner when they get home. I won’t get home until 9ish, after catching the bus back to my car then driving home. I think about catching up with a friend over dinner to avoid rush hour, but I’m pleasantly surprised by the lack of traffic at this time of night and decide that I’ll just grab something on my way—likely from a servo or Macca’s. $10.25 for nuggets, a cheeseburger and drink.

With a whopping $61.35 left for this half of the fortnight, I leave most of this untouched and spend another lonely day in my room at my computer.

This money will help pay for my $70 phone plan, materials for drawing and professional printing for design assignments, insulin pump supplies that aren’t covered on the Public Benefits Scheme or by the health insurance that costs me $27.30 a month, and extra trips to Sydney to see a psychiatrist and endocrinologist as an out-patient of Prince of Wales Hospital.