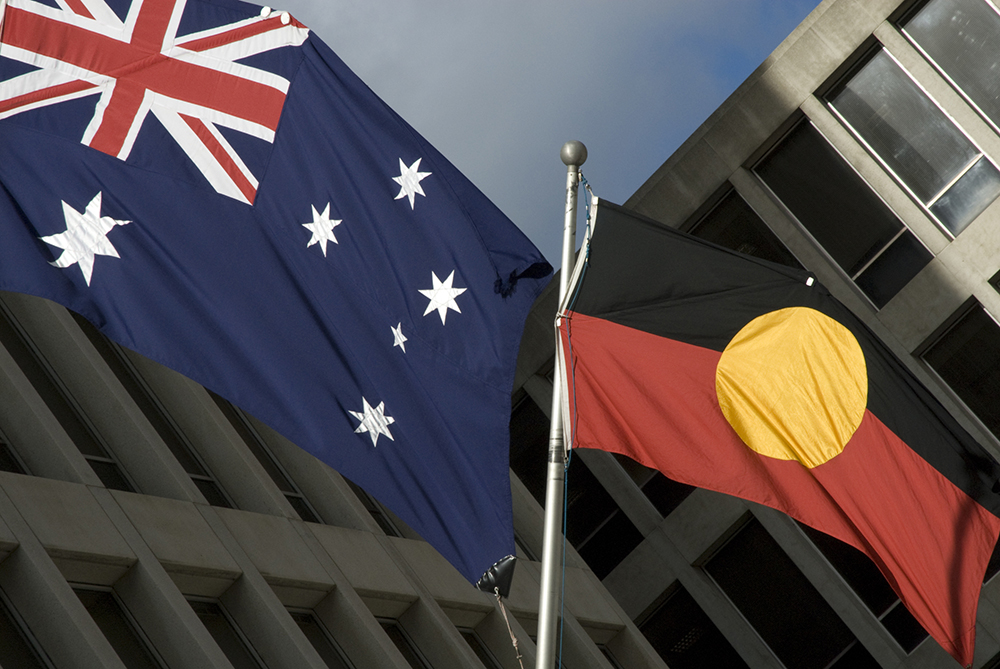 Every year, a week or two before January 26th rolls around, my face begins to uncontrollably tighten into a cringe that lasts until supermarkets stop selling Union Jack bumbags, bikinis or historically shady t-shirts.

Up there with ANZAC Day, Sydney to Hobart Day (otherwise known as ‘Boxing Day Sales Day’) and the Melbourne Cup, Australia Day is one of the most symbolic days on our sunburnt calendar. It means a public holiday day where we enjoy each other’s company, generally with a few beverages, some sport and maybe a few Hottest 100 predictions. The weather is usually great, your options for an event abound and everyone is relishing in our Aussie sense of mateship, a fair go, and acting like a larrikin.

But ultranationalist or racist undercurrents do not a lucky country make. Disagreements about the name, date, and theme of Australia have been a long running protest from Aboriginal Australians and many others who understand that Australia has more than one history. Even as early as 1938, the alternative name of Day of Mourning was sought by Aboriginal activists. Nowadays, Invasion Day, Survival Day, Citizens’ Day or Anniversary Day are up for grabs. Even alternate dates, such as ANZAC Day, or an anniversary of Federation (1 January), assent to the Constitution (9 July) or the apology to the Stolen Generations (13 February) have been suggested.

Whether it’s your jam or not, taking issue with Australia Day, being the day that the First Fleet landed at Sydney Cove, is both culturally and nationally reasonable. As an Aboriginal man, I understand that this day signifies the beginning of a long and continuing history of destruction of our Indigenous people. It changed and suppressed the traditions of my father’s family, that managed to withstand the past 60 000 odd years of this land’s harsh love. It is the anniversary of an Englishman planting the British flag on soil that is now one State in a federal system that wasn’t really even acknowledged until 1818, 30 years after the event.

But I also understand that Australia has a modern meaning that we can all attach significance to without disregarding other political feelings. My gripe with this day, and the cause for my ‘wind changed’ scowl, is the pseudo-patriotic reaction to these protests or alternate suggestions.

Social media, the playground for ill-informed and reactionary opinions, is brimming with factually void memes and ‘fuck off we’re full’ sentiments. Pages such as ‘KEEP IT CALLED “AUSTRALIA DAY” NOT “CITIZENS DAY”’, enjoying almost 100,000 likes on Facebook, or ‘Can we get 250,000 true Aussies Before Australia Day 2013?’ advocate an anti-immigration, anti-Aboriginal and culturally selective agenda. This type of attitude does not engage in a dialogue about how best to celebrate the country that has benefited from multicultural influences and seen great success from Australians of one or many generations’ heritage.

These pages shut down debate by elevating the bogan archetype, the ‘true’ Aussie, above the ‘other’ it creates, ranging from someone with English as a second language, to someone who has sought asylum here, to someone who disagrees with the prominence of a colonial lens on our history, or to Indigenous people who should be better celebrated as our first Australians.

To isolate the ‘other’ in this way is unfair, non-inclusive, and reflective of ignorant attitudes that certainly step away from the fair go and mateship attitudes we love to espouse. If we want to view ourselves as the lucky country and give ourselves more to celebrate come January 26th, then being so afraid of debate and reacting this way to anything but ultra-nationalist sentiment is, in my opinion, not the right way of going about it.

This is clearly not the thought process of every Australian come Australia Day, and shouldn’t be seen as the majority opinion, even if many would like it to seem that way. At the end of the day, it’s probably easiest to enjoy your own national and cultural identity without the need to worry about someone else’s, the language they speak, or how many generations their family has been here.

We are all privileged to be in this country, and you don’t make friends with bigotry.

Previous A time for Liberation
Next The Lowdown on Lockouts