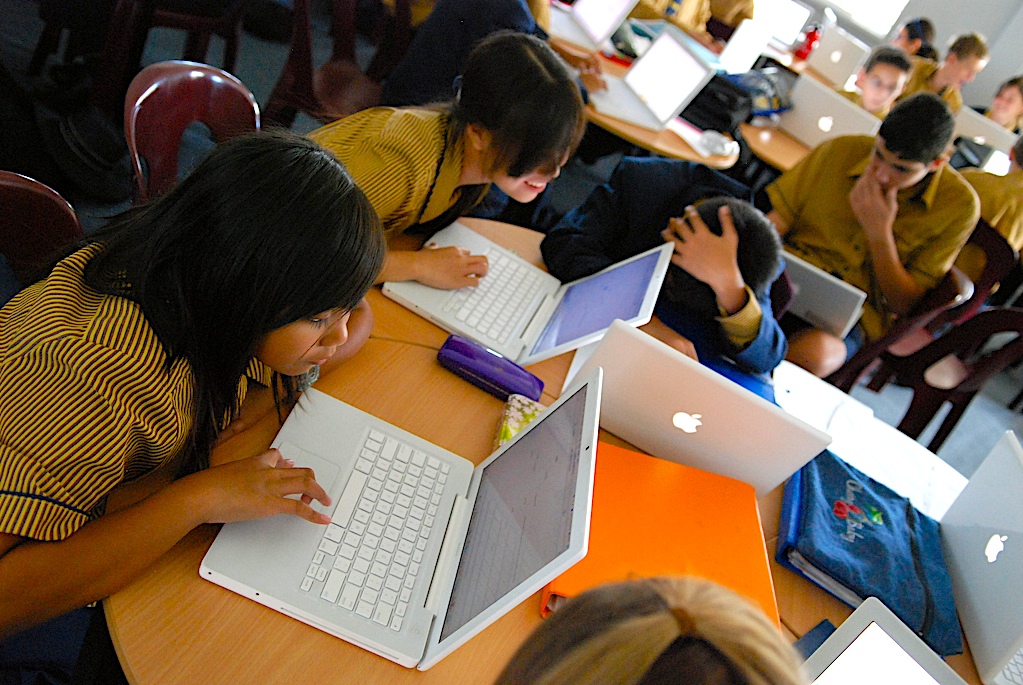 Why it’s still worth giving a Gonski

When the federal government was voted in mid-last year, many students and schools remained hopeful that the Review of Funding for Schooling (aka the “Gonski”) agreements made under Labor were going to be implemented.

Before the election, Liberal Education Minister Christopher Pyne promised that “you can vote Liberal or Labor and you’ll get exactly the same amount of funding for your school”.  Much was at stake in such a statement – NSW, Victoria, South Australia, Tasmania and the ACT had all signed six years of fully funded Gonski agreements.

Unfortunately, only just a few weeks later, the Abbott government backflipped on its election promise, citing the Gonski agreements as “inequitable and utterly incomprehensive”. As such, the federal government has only committed to a third of the money required to execute the Gonski agreements, thus neglecting the urgent needs of students as identified in the report. The Abbott government’s apparent resistance to Gonski recommendations manifested in the removal the Gonski Review from the Education Department’s website late last year. The report was only later restored in January as a result of a freedom of information application by Fairfax Media.

The Gonski Review was commissioned by Julia Gillard in April 2010, the Education minister at the time, in a push to fundamentally reform schooling in Australia. This review was the most comprehensive undertaking of school funding in close to 40 years. It sought to determine the funding required to achieve an equitable education system so that, regardless of a student’s background, location or choice in school, there would be no disadvantage. Former panelist of the Gonski Review Dr Ken Boston stated in a press conference that “Gonski will create a genuine meritocracy”. As it currently stands, the gap between the achievement of top and bottom performing students in Year 9 is up to five years.

Tharunka caught up with David Gonski, who headed the Review and has remained decidedly distant from commentary since the release of the report. “A good reviewer remains independent of politics,” stated Gonski. “I believe it was a good review and that the strength of the report speaks for itself. Anecdotally, the public response to the report has been very positive. It is up to the state and federal governments now to decide whether or not the funding is worth it.”

In early March, “I Give a Gonski” supporters, lead by the Australian Education Union (AEU), commenced a road trip around the country to remind teachers, parents, principals and local communities precisely what is at stake if the Gonski agreements are not fully funded. This road trip also was a timely reminder to the federal government of the widespread community support for Gonski funding before the announcement of the May budget.

Angelo Gavrielatos, AEU Federal President, informed Tharunka, “Gonski is about giving every child a great education, but unless the Coalition agrees to fund it properly, kids are going to miss out. We wanted to let people know the 2014 budget is a critical point where the Coalition government must indicate what its future plans are.“

On Friday, March 21, submissions closed to the Senate inquiry by the Select Committee on School Funding. The AEU reported that close to 3,000 submissions from schools and individuals were sent through the “I Give a Gonski” website. Some schools also made submissions directly to the Senate. This Select Committee will investigate and report on the development and implementation of national school funding arrangements and school reform. The reporting date is 14 May 2014, and presents another opportunity to reinforce the need for and the support of Gonski funding to the Coalition.

Gavrielatos urged, “We have the best opportunity in decades to do something about the way we resource our schools and educate our children. It isn’t a time to sit back and hope it happens – it is a time for everybody who cares about education to let the politicians know this has to happen.”

Previous The Chaser’s Andrew Hansen, on being a theatre wanker.
Next Poor accessibility at COFA