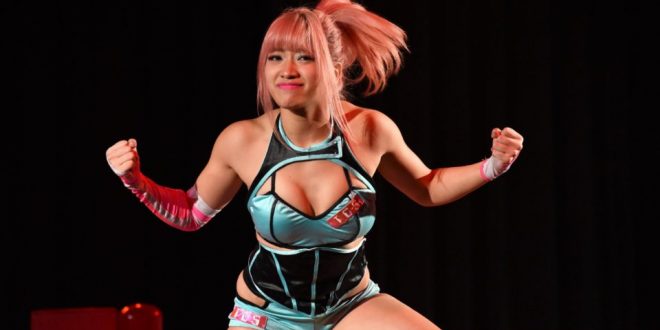 Sticks and Stones and Words

The internet has grown over the past thirty years from a network of digital information limited to certain users to the backbone of our society. Within the internet, the rise of social media has reshaped the way in which we communicate and form relationships.

Sometimes these relationships result in individuals forming one-sided friendships, or romantic ties. Sometimes, people conflate the relationship they have formed into one where they feel comfortable enough to give advice, or to abandon their filter and hurl abuse at their target, simply because the barrier between celebrity and non-celebrity has been broken down to create a false sense of safety to send anonymous hate.

The death of professional wrestler and ‘Terrace House’ cast member, Hana Kimura has reignited the discussion regarding the prevalence of cyberbullying. Kimura, 22, is just one example of a trend where celebrities are bombarded with degrading comments on a daily basis. Such comments include allusions to her skin colour and a ‘gorilla’, her lack of femininity according to Japanese standards of beauty, and an outright escalation to death threats.

In February of this year, British presenter Caroline Flack passed away after years of tabloid gossip about her adult relationship with Harry Styles (who was seventeen at the time), and speculation surrounding a separate court case where she was the victim of assault.

In November 2019, K-pop soloist and former member of KARA, Goo Hara ended her life after a video of her and her ex-boyfriend was uploaded online to be viewed by millions with internet access. The video, which depicts sexual activity between the two was secretly recorded by the ex-boyfriend, who showed no remorse when he was charged with assault and blackmail in August 2019.

In October 2019, Hara’s friend and fellow K-pop soloist and former member of f(x), Sulli was driven to suicide after years of harassment for her unconventional style and flouting cultural norms set by Korean conservatism. At one point, Sulli was a co-host for a TV show in Korea called ‘Night of Hate Comments’, where each episode, celebrities would be invited on to discuss the hate comments they had received over the years.

While these four women are notable cases where online harassment has had devastating consequences, they are not isolated cases. Over the years, there has been an exponential increase in cases of targeted cyberbullying towards individuals.

A study conducted by the National Institute of Health (NIH) in 2012 that investigated the correlation between social media and suicide. The study outlined that prolonged exposure to cyberbullying led to twice as many attempted suicides in the U.S. among adolescents in comparison to adolescents who did not have prolonged exposure.

A more recent study conducted by Comparitech, using data collected by the Pew Research Centre, found that 59 percent of all teenagers surveyed reported to be the victim of cyberbullying, with the most common form of cyberbullying to be name-calling.

Similarly, a corpus from the University of Maryland (2017) analysed 35,000 tweets and found that 15 percent of the tweets scanned for hateful speech were flagged as harassment.

These statistics, when examined together, paint a picture of online harassment becoming increasingly prevalent day by day, with the consequences growing more extreme, yet more common. Cyberbullying is the new price we seem to pay to be known online now.

So, what exactly are the legal ramifications?

The current law in NSW dictates that cyberbullying is treated as either a ‘stalking’ or ‘intimidation’ offence, with the maximum penalty carrying a five-year jail sentence. This was increased from three years after the suicide of 14-year old Amy “Dolly” Everett due to constant online harassment.

But this requires the victim to have enough of a support system to declare that they are facing harassment and it is beyond their control.

It also requires the perpetrator to recognise that their actions caused tangible harm to their target. But that is too easy to forget when your profile picture isn’t you, you use a pseudonym, when you disguise your online persona to be nothing like your offline persona.

The concept of holding yourself accountable for actions that you don’t perceive as particularly harmful to others is difficult to manage. The education around preventing online harassment is still rudimentary and needs several more drafts before we can establish a good methodology to combat it.

But there are still great strides forward being made to amplify the conversation around the accountability of online harassment. One famous example being Billie Eilish, who released a video calling out the people who criticised her for the decisions in her life that offended them, such as wearing baggy clothing, sexualised lyrics in her songs, to not smiling enough for her audience. The video, which has garnered over 20 million views in two weeks, reflects on the harassment she has received as she grows up within the court of public opinion.

There’s that old saying: “Sticks and stones may break my bones, but words will never hurt me.” It’s what our parents taught us, and their parents taught them. It’s the reason why people use words without considering the baggage they come with.

I think we need to propose a new saying: Words hurt, not in the way sticks and stones do, but they do hurt.

Previous Australiana: An Open-Ended Question
Next How COVID-19 Exacerbated Inequality Amongst Students