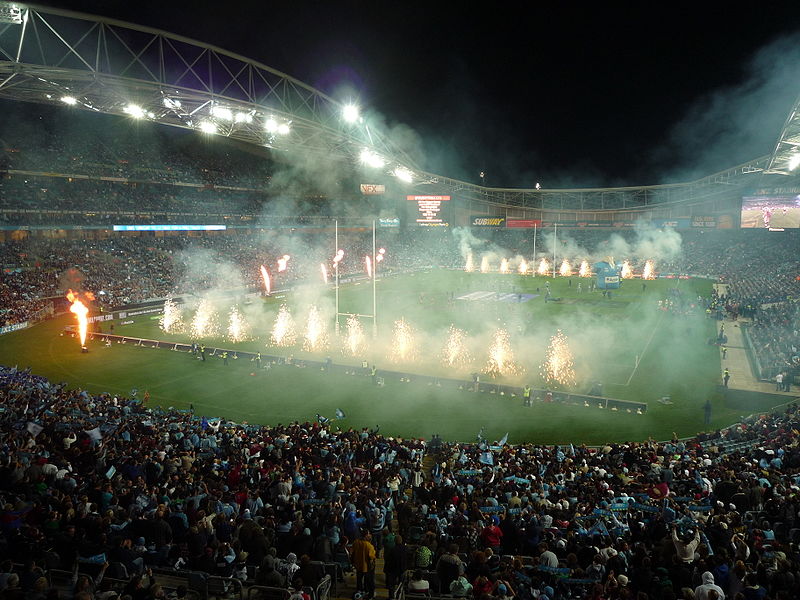 This sentiment, coined by the late, great Arthur Beetson, is more relevant now than ever, as NSW try to assemble a team to finally end Queensland’s eight-year State of Origin dynasty.

Never in recent memory has a NSW selection debate been as difficult as it is this year. Selectors this year seem deprived of choice for some positions and spoilt in others. Again, the old “Form versus Loyalty” debate has been raised, and injuries have again clouded our selection options.

Over the years, it has become somewhat of a hobby of mine to construct my own NSW squad; one that I would hypothetically task with halting the Queensland juggernaut. But in this reckless life of thrill and exhilaration, I have come to realise that regardless of the amount of football I watch and articles I read in making my decision, my selections are almost never reflective of the actual side chosen.

Despite this, it is always fun breaking down NSW’s situation, analysing their options and creating a solution. Within this article I have looked at the main problem areas for NSW selection at the moment and have formulated a squad I believe is the right choice for Game I.

This year, injuries and poor form have forced NSW coach Laurie Daley to make changes to his preferred squad for Game I in Brisbane. Dealing with these issues is not simply the smooth transition of putting another player in the squad as a replacement, as many other factors have to be taken into consideration.

To begin, the first dilemma facing Daley is the injury to incumbent five-eighth James Maloney. While the problem seems straightforward, a chain reaction of issues arise as a result that Daley must effectively address if he is to win Game I while Maloney recuperates.

Firstly, NSW need a five-eighth, and Canterbury tough-guy Josh Reynolds is an easy choice for replacement. However, the loss of Maloney also means the loss of a goalkicker, an attribute that Reynolds does not have.

Maloney’s injury means the Blues may also need a halfback. With NSW main man Mitchell Pearce in average form, the absence of his halves partner Maloney means there is little point in using Pearce in Game I. This opens the door for a more in-form halfback to substitute for Pearce while Maloney recovers, preferably one who kicks goals. The obvious choice then would be Canterbury sharpshooter Trent Hodkinson. Not only is the halfback in irresistible form, but his combination with Reynolds will also allow for a more cohesive performance as they direct the Blues across the park.

However, while the Reynolds/Hodkinson combo looks to be a strong temporary replacement for the Maloney/Pearce pairing, their inexperience in the representative arena is something that needs to be addressed. Being thrust into big games may cause them to falter under pressure. This, in turn, affects the selection for the NSW fullback position.

With Maloney’s injury eliminating the experience in the NSW spine, it is clear that Jarryd Hayne is the best option for the NSW No. 1 jersey.

While Josh Dugan’s explosive attacking ability would be a huge plus for the side, Hayne’s class is a quality that cannot be overlooked. Professional and calm in everything he does on the field, Hayne is smart and reliable at the back. Through his experience, he has the ability to provide structure to a team and organise players around him. These leadership qualities will provide a calming influence over the inexperienced halves combination, and it’s the main advantage Hayne has over Dugan.

Another issue facing Daley for NSW selection is the injury to hooker and vice-captain Robbie Farah. Similar to Hayne, Farah is experienced and brings his organisational skills to any team he plays in.

However, rather than select a hooker who plays similarly, Daley would be mad to ignore the impressive form of Parramatta recruit Nathan Peats. A tough-as-nails prospect for the future, Peats’s hardy attitude towards the game is well suited to the Origin arena. He is strong, fast and composed out of dummy half, which makes him a strong candidate to take Farah’s hooking role in Game I.

Peats’s work ethic is to be admired, as he is well known to go looking for work, taking the load off his teammates. However, he is also untested in representative circles, and the grind of Origin may prove too much for him. This is why I believe Kurt Gidley should be chosen as the utility on the NSW bench.

Gidley would be able to shoulder Peats’s workload coming off the bench, and he could make up for the playmaking expertise Peats lacks. A veteran of 14 years in the game, Gidley’s familiarity with the Origin arena would allow him to take control should Peats struggle. Also, the most advantageous quality Kurt Gidley possesses is his extraordinary versatility. Capable of playing hooker, five-eighth, halfback and fullback, Gidley would be able to comfortably slot into any position along the NSW spine to cover any injuries that may occur.

When all is said and done though, the above proposals are just parts of a team that could take countless formations with infinite potential. While my sentiments may not echoed by Laurie Daley when he announces the team on May 20, it will be interesting to see the approach taken by the NSW coach during this time of desperation.

Don’t forget to tune in on May 28 for Game I of this State of Origin series, and go the Blues!

Niko’s NSW squad for Game I: