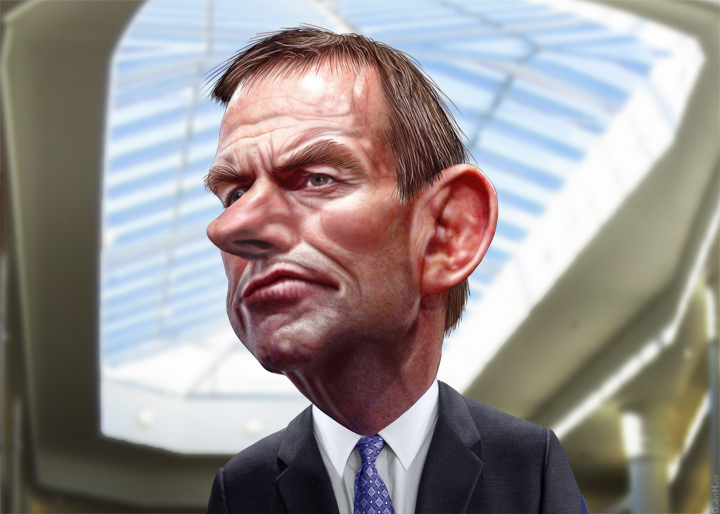 Yesterday, Tony Abbott gave us his latest pearls of wisdom. Writing a column for The Australian, Abbott went on to blame Bill Shorten and the Labor-Green left coalition for the delay of any same-sex marriage legislation. Bill Shorten is the real villain of this imbroglio, Abbott so boldly explains in his inaugural sentence.

“Like it or not, Coalition MPs are honour-bound to oppose same-sex marriage in the absence of a plebiscite that’s supported it; and we’re equally bound to oppose any move to bring the matter into the parliament without a plebiscite first,” Abbott wrote.

“I don’t underestimate how torn some of my colleagues are, but ask them to consider how unconvincing it sounds to say that you supported a plebiscite before an election but not afterwards because of circumstances beyond your control.”

And so the message is clear, circumstances beyond your control are not an excuse for not delivering on election promises. Promises are paramount.

But any member of the public with a functioning long term memory may remember Abbott’s election night speech. No cuts to the ABC. No cuts to SBS. No cuts to Healthcare. No cuts to Education.

Oh no Tony, what was that thing about circumstances? And promises?

What about those broadband speeds of 25-100mbps by the end of 2016? Twenty six weeks of paid parental leave? Spending a week every year in an Indigenous community? Clearing the 30,000 backlog of refugees?

The list of Abbott’s broken promises goes on and on. That’s not to say that none of his promises were fulfilled; in fact, a lot were. It’s also not to say that other politicians don’t break promises.

But if you want to selectively channel the moral outrage of your constituents against your own party to defend your position, but somehow neglect to follow this same mantra on issues that don’t affect your agenda, then make sure you’re squeaky clean.

People in glass houses shouldn’t throw stones Tony, and you’re standing right in the middle of one.

Share
Previous Letter to the Editors: Mental Health at UNSW
Next My Heartbreak Warrants Breaking a Promise