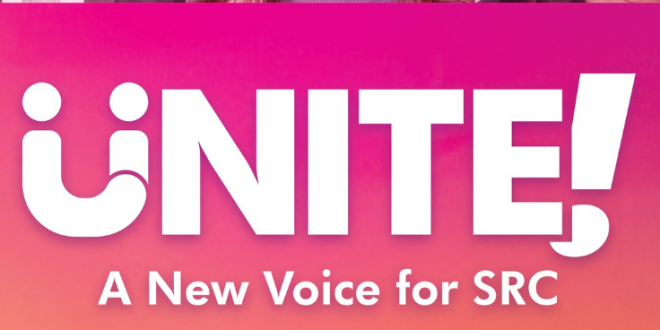 It seems that the Unite! ticket for this year’s SRC elections have up and left, within 48 hours of the beginning of polling.

It would mean that candidates Paige Sedgwick (President, Together), Reid Hou (General Secretary, Together), Cherish Kuehlmann (Education Officer, Left Action), and Mya Thit Khet (International Students Officer, Together) would all be elected to their positions unopposed.

First noted in a slew of pullouts from today’s scheduled Tharunka Election Debates, the developments mean one of this year’s three big tickets – the others being Left Action and Together – are no longer in the race.

Tharunka understands that withdrawals were submitted as early as Saturday October 1, but did not begin to be processed until Monday October 3 due to the long weekend.

Several candidates in the ticket changed their Facebook profile pictures at the beginning of the campaign to add a filter that read “I’m voting for Unite! A new voice for UNSW SRC”. It seems Unite!’s candidates have abandoned this advertising, reverting to their old profile photos.

In an apparent glitch in the graphics of Facebook Messenger, we are still able to see their old profile photos, with the filter, indicating that they were changed recently.

Tharunka was able to capture the changes in profile pictures of several Unite! candidates, including the three pictured above, indicating their apparent abandonment of online support for the ticket. All screenshots were taken at lunchtime on Monday the 3rd of October.

All of the ticket’s Instagram followers have been removed bar one: UNSW Director of Student Life Neil Morris, who follows the pages of all contesting tickets.

The timeline – what Tharunka knows so far: