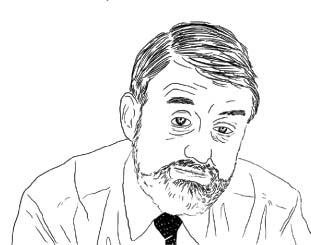 Nicholas Cowdery AM QC is the former Director of Public Prosecutions in NSW from 1994 to 2011 and has over 40 years of experience in the criminal law.

Cowdery is currently a visiting professorial fellow in the UNSW Faculty of Law and a member of the Australian Drug Law Reform Initiative based out of that Faculty. Reflecting on your term as NSW’s longest serving DPP, what do you believe have been the most significant changes in the criminal law throughout this period?

One change has been the transfer of more and more serious offences from the District Court down to the Local Court. So that in turn has created a much higher level of professionalism in the Local Court and improved the quality of justice dispensed at that level. There’s been pressure in both directions: as a matter of course for the Local Court to become much more professional and less of the old ‘police court’ as it used to be called.

At the same time it’s been forced to become more professional as more and more cases are being dealt with at that level rather than on indictment. That in turn has impacted on the work of DPP prosecutors and given more work to police prosecutors.

Another significant change has been in the efforts made to process drug affected offenders and the creation of the first Drug Court at Parramatta followed by the second at Toronto near Newcastle. The Parramatta Court operated as a pilot for ten years before finally being accepted by government as a useful addition to the criminal justice armory and it has achieved some terrific results for drug affected offenders, for their rehabilitation, for making them ready to resume normal lives and to stop criminal offending.

On the issue of drug law, Australia currently has a campaign for the decriminalization of drug possession for personal use, most notably seen in April’s Australia 21 Report. Do you think changes in our substantive drug law are likely?

I think the time will come because it’s a rational course of action that has to be adopted at some stage, but it’s a highly politically sensitive area of policy making and legislation and therefore policy makers and legislators in Australia will only react and take the necessary steps when there is sufficient demand from the voters, from the general community.

So all of the current campaigns at least in Australia are directed towards informing the population about the present regime, about the options available, and about encouraging people to form their own views based on the facts and the evidence and express those views.

I think change must happen because the current regime of prohibition is only creating more harm on top of the harm that can be caused by uncontrolled drug use. We need to adopt policies that are directed towards those additional harms rather than just building upon them. Internationally there are a lot of initiatives at sometimes very high levels being taken, directed towards moving away from the strict prohibition model.

So we will get there, we need to get the criminal law out of drugs or rather drugs out of the criminal law… we need to regard drugs as a health and social problem, reserving for the criminal law those who seek to be involved in drug trafficking for commercial and criminal profit. Portugal provides a very good decriminalisation model and we should give some serious thought to something of that kind.

You have spoken out in the media in favour of the state supplying and distributing currently illicit drugs. How has your history in the criminal law shaped this belief?

I’ve had the view that we need to get drugs out the criminal law since the very early stages of my criminal practice. While I was still an undergraduate I worked as a professional assistant in the Commonwealth Deputy Crown Solicitor’s office in Sydney. One of the tasks I had was to prepare cases for hearings and to instruct counsel in court where American servicemen, and sometimes Australian servicemen coming from Vietnam on rest and recreation were bringing illicit drugs into Australia and distributing them mostly around Kings Cross.

When I was a barrister in private practice I prosecuted quite a number of large-scale drug importation trials as well as appearing for drug addicts who sometimes couldn’t even give me instructions because of their physical state. So I’ve been in the position to observe and form views about current drug laws for a long time. Those views have only strengthened with collaboration in more recent times with Dr. Alex Wodak, through involvement with ADLaRI at UNSW and with the Australia 21 initiative.

To me it’s also an economic argument. There always has been and there always will be demand for drugs: some people in some places will always want to have mood altering drugs for a wide variety of reasons. Where that demand exists, there will always be those prepared to supply what is wanted.

If the market is illicit as the prohibited drug market presently is, then there are added risks that the suppliers run of being detected and punished for involvement in that illicit market. To compensate for that risk the prices that they charge for that drug supply are increased.

So what we have is a market, a market which is illicit and in which the profits are exaggerated. I believe that the only way to remove or at least substantially reduce the criminal profits is for the government to take over the market through licensed operators, operating under licences that would be very hard to get and very easy to lose: licenses for the manufacture, production, growth and distribution of drugs (with different regimes for different drugs) but ultimately regulated, controlled and taxed for the benefit of the community generally and for drug users.

Traditional values of the criminal law are increasingly violated in the contemporary criminal justice process, for example the presumption of innocence under anti-terrorism legislation, bail law reforms and in drug law. Do you think there is still a place for these standards in the criminal law?

It is very important to maintain standards, and to act on the basis of principle and not simply for pragmatic considerations. You mention terrorism in particular and measures being taken against that: terrorist activity has been and may well still be a threat in Australia as it is in other countries but I think it has to be remembered that this is criminal activity pure and simple. It is quite wrong to invoke the martial metaphor of a “war against terrorism” or for that matter a “war against drugs” to justify principle being ignored, cast aside or bent in the measures that are being taken to combat it.

The problem with these excessive responses and the use of the word ‘war’ is that while it attracts attention to a particular program and it does enable funding to be funnelled in that direction, it does lead to the people who are bending the rules being able to claim that because we are ‘at war’ such extraordinary measures are necessary.

The further problem is that once you, for example, start bending the rules with regards to anti-terrorism activity, legislators and policy makers and law enforcement seem to regard that as some sort of ‘all clear’ for those sorts of rules to also be bent in relation to what I would call ‘ordinary crime.’

Even in Australia now we have a much greater degree of covert surveillance activity being undertaken by law enforcement as they investigate ordinary crime, not terrorism or high level drug crime, but just ordinary crime, and that has implications for people who are the subjects of surveillance, prosecutors who have to marshal vast amounts of material and make decisions about what is allowed to be let into court and it has implications further down in the justice process.

The best protection for the office of the DPP is to act in accordance with the law, with the principles that have been laid down for a long time now, and with the legitimate procedures that are available within the criminal justice process. It is not part of the prosecutor’s job to be popular, and people need to understand that it’s not like some sort of elected representative office: it doesn’t represent individuals, it doesn’t represent sections of the community, it doesn’t have an electorate as such and it must act in the general public interest.

There are going to be decisions that the office makes from time to time that will be criticised by people who do not know all of the relevant facts, and who do not understand the principles lying behind the decision making process. Sometimes it’s difficult to explain all of that to critics and so they will remain unsatisfied forever, but where the opportunity is available I think that it’s good policy for the office of the DPP to explain its decisions, give relevant information to the public and to demonstrate how the decisions that are being made are in accordance with the law and general public interest.

The Australia 21 Report on Australia’s drug laws is titled “The prohibition of illicit drugs is killing and criminalising our children and we are all letting it happen” and can be found online at here. A second report will be published during August.