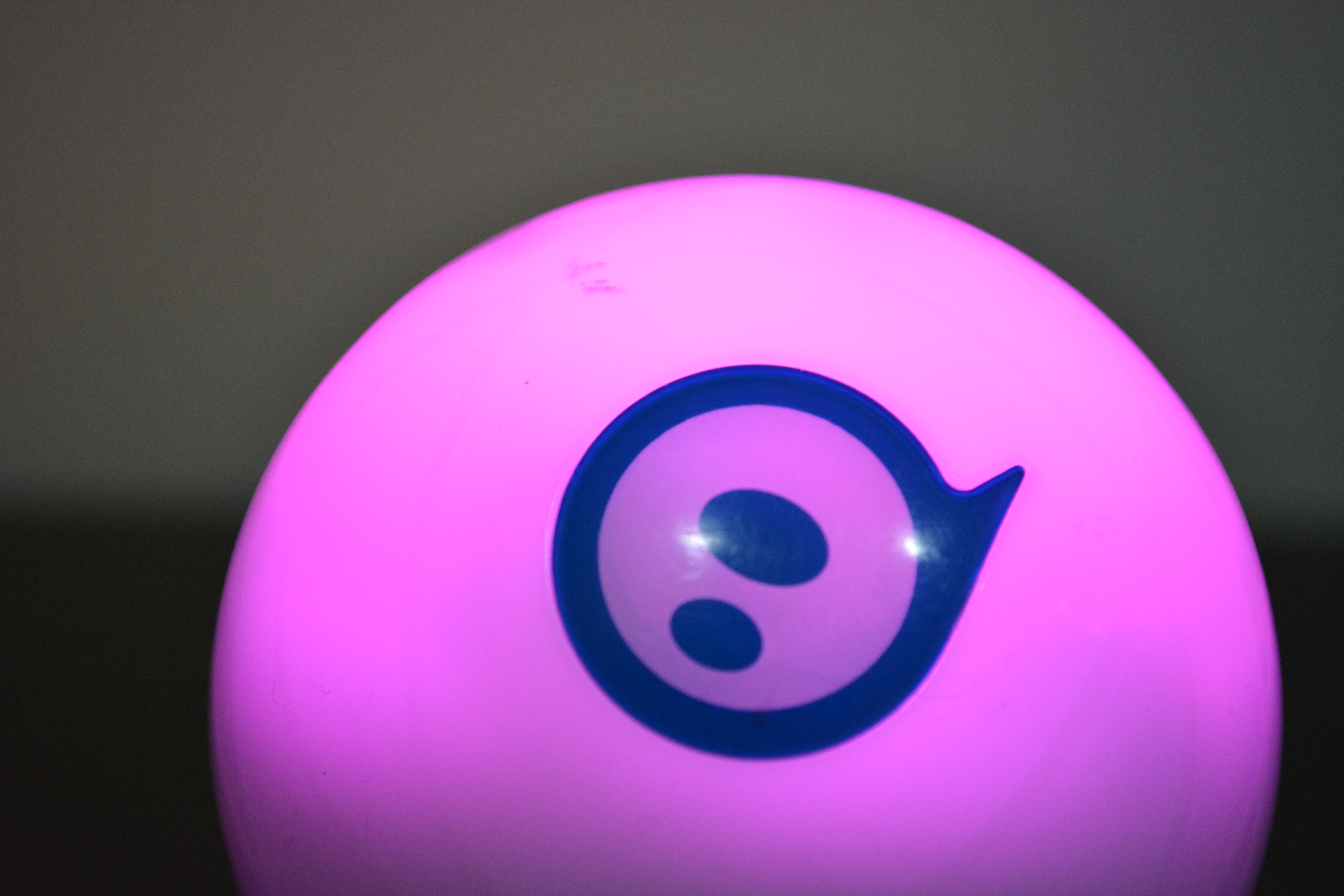 On the outside, Sphero is a small, durable, Bluetooth-enabled ball made of plastic that can light itself up and roll itself around. On the inside, there’s a soft, creamy centre… er, I mean, there’s a bunch of accelerometers inside, so it knows where it is and which way it’s pointing – the same stuff that makes your phone screen rotate when you don’t want it to.

You pair Sphero up with your phone and download apps you can use to make it do cool things. This is Sphero’s strong point, but it also makes it feel like it’s a solution in search of a problem.

Luckily, there are some really good apps. The main one lets you drive Sphero around and do some tricks. It has a game mode in which you have to unlock abilities by doing tricks, so Poochy Sphero can go back to his home planet (no, seriously). There are some great party games, such as ColorGrab, and one where you literally use Sphero in a pool. This thing ain’t no Flappy Bird.

One major issue I found is that I had to keep recalibrating Sphero every few minutes. This got really annoying, really fast. If you don’t recalibrate, the joystick starts sending the little guy off into various, unintended directions.

Of course, it wouldn’t be as good if you were limited to only the apps others have made for you. You can grab the iOS or Android Software Development Kits and start hacking your own phone’s apps, so you can control Sphero the way you envisage. I’d imagine you could do some pretty neat things with the augmented reality code samples. You can even program Sphero using BASIC, but I wouldn’t really recommend it – trying to write programs using your phone keyboard will make you go insane.

Some apps did have some connection issues, effectively meaning they’re unusable (including a Nyan Cat app? 2011 called). Unfortunately, the most promising app – an augmented reality game where you fight zombies with your Sphero – ran so slowly on my phone (a Samsung Galaxy Nexus), I could barely play it. While the claim that Sphero is a robot is technically correct, it really doesn’t feel like one. Your on-Sphero sensor inputs are limited to “bumping into stuff”, and you’ve got to have your phone on and running an app for anything to happen. It’s obviously targeting the Lego Mindstorms mindshare – but there’s still has quite a bit to learn.

Similarly, you can use it as a controller, but this just felt somewhat gimicky – my phone already has an accelerometer, why do I need a Sphero just to use “tilt”?

Sphero can be quite a bit of fun, but unless you’ve got an awesome app idea to use it with, driving around is going to get boring sooner rather than later. At this point, you’ve got yourself a $150 party game. Cool if you’re a cashed-up parent looking for a birthday gift, but maybe not so much if you’re a starving student.

Previous Student involvement in Mardi Gras on the rise
Next Utopia