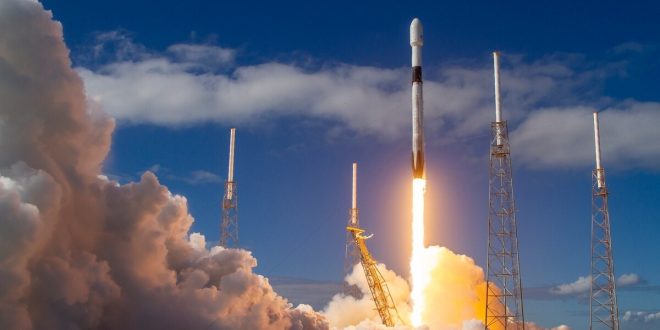 Space: The Next Frontier

The news cycle at the start of this new decade has undoubtedly been dominated by very earthly concerns: the spread of COVID-19, the US Democratic Primary race, Lady Gaga releasing ‘Stupid Love’, etc, etc. However, what has largely escaped media scrutiny as a result is a profound development in one of the most important emerging fields of influence in the last decade: the creation of the United States Space Force.

In signing the Space Force into US military policy in late-December 2019, Donald Trump has taken an (excuse the pun) enormous leap into militarising one of humanity’s last domains untouched by the influence of war. In doing so he also joins a number of other international actors, both public and private, looking to exert influence into the great unknown. Elon Musk’s SpaceX, Virgin Galactic and even the Australian Government (did you know we opened a space agency in 2018?) are all realising the potential of outer space for economic and political profit and are acting accordingly.

But how will this affect our lives? In a cultural landscape dominated by global pandemics and climate change, what can outer space bring to the table? These questions will become more and more pressing as we move further into the 2020s.

What exactly is the Space Force?

On the 20th of December 2019, Donald Trump signed the 2020 National Defence Authorisation Act, establishing the United States Space Force (USSF) as the sixth branch of the US military. However, despite the Star Trek-esque name and Trump’s militaristic fanfare, the Space Force is not actually the army-in-rocketships it may appear to be. Rather, it’s simply a re-classification of the already existing US Air Force Space Command as an independent service, still under the remit of the US Air Force (Koren, 2020).

In meetings with the US National Space Council way back in 2018, Trump outlined his goal for the force to be the front line of America’s “dominance in space”, implying its participation in some form of futuristic space combat, but the truth is far more banal (Ferreira, 2018). The Space Force will do much the same work as the Air Force Space Command, mostly to do with upkeep and monitoring data collected by US military satellites (Koren, 2020). However, even if the force is not guns (lasers?) ablaze just yet, that Trump characterised space as a “warfighting domain, just like the land, air and sea” in the same meeting is deeply troubling, and such goals mark a notable shift in how countries have approached space in the past (Ferreira, 2018).

While mid-20th century Space Race between the US and the USSR was no doubt tinged by the militaristic interests of the Cold War, national governments have in the past championed outer space as a shared domain for the mutual benefit of humanity. This sentiment is encoded into the Outer Space Treaty (OST), a UN treaty originally signed into force in 1967 which has since been ratified by 109 countries (UNODA, 2020). The leading piece of international law governing space, the OST bans the transport of weapons of mass destruction through space as well as the establishment of military bases on celestial bodies like the Moon (UNOOSA, 2020). The Space Force technically doesn’t break any of the OST’s articles, but if Trump continues to champion it as a means of US “dominance” in space, then it certainly could in the future.

Private Enterprise and ‘Ownership’ in Space

One area in which the Outer Space Treaty is decidedly less specific is that of private enterprise. The treaty was drafted way back in 1967 and hasn’t seen really any adjustment since then. It is thus woefully outdated and, as in the case of private enterprise, entirely inadequate for the regulation of space and the actors influencing it. While it does state that countries may not claim sovereignty over territory in space, this hasn’t stopped private companies pushing these vague boundaries in specific ways, like Moon Express seeking to mine the Moon for water and Deep Space Industries prospecting asteroids.

Of course, one can’t mention ‘space’ and ‘private enterprise’ in the same sentence without thinking of Elon Musk and SpaceX, arguable the most prominent private company in the outer space industry. Over the last few years, Musk has made extravagant claims about SpaceX’s future goals, which include private voyages to the moon and eventually un-manned and manned expeditions to Mars (SpaceX, 2020). While none of these goals are necessarily bad, it is concerning that such pivotal future moments in humanity’s space history (like landing a human on Mars) could be entirely privatised. The Outer Space Treaty’s inability to regulate how private companies like SpaceX exert influence in space is, for lack of a better word, inconvenient, with countries like the US resorting to drafting national legislation that allows their citizens to mine celestial bodies for resources (Cookson, 2020).

Unless an intergovernmental actor, like the United Nations Office for Outer Space Affairs (UNOOSA) for example, were to draft a new treaty that properly regulates space how it ought to be regulated in the 2020s, we may end up with an international space law regime made up entirely of national laws that only seek to benefit individual countries’ citizens and national corporations.

What does this mean for me right now?

I know it can be difficult to imagine the relevance of outer space when we’re all locked up in our homes, knowing that once the global pandemic has passed, we’ll be right back to worrying about climate change. But I feel like that’s precisely why space is so important. Earth is our home, but further development into outer space activities may prove vital if climate change renders our home unliveable. Thus, when we start to rely on potential resources from the Moon or the ability to live on Mars, the proper regulation of the laws and accountability mechanisms that bind the actors that are exerting influence in this space become exponentially more significant.

Ferreira, B., 2018. Trump’s Vision Of A ‘Space Force’ May Conflict With The Outer Space Treaty. [online] Vice. Available at: <https://www.vice.com/en_us/article/gyknkw/trumps-vision-of-a-space-force-may-conflict-with-the-outer-space-treaty> [Accessed 20 March 2020].