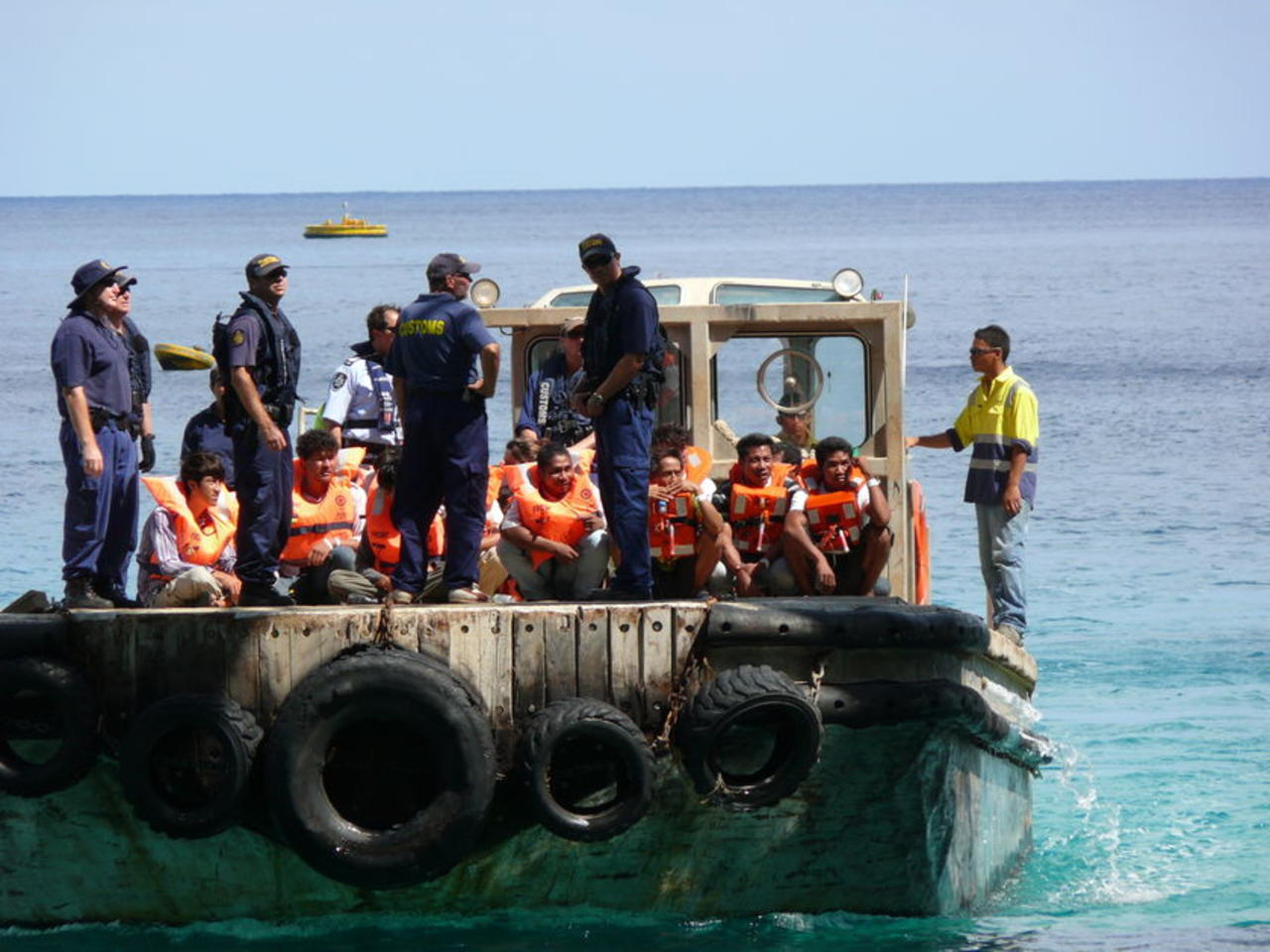 Something Happened: Why People Smugglers Are (Economic) Heroes

It’s always been an economic argument.

Watching news columnists crow about the 180 degree turn the ALP has taken over offshore processing you’d think the Report of the Expert Panel on Asylum Seekers was some kind of odious domesday book-esque document cataloguing the horrors of the human soul.

Most of the findings are pretty bleak, particularly those recommending offshore processing to stop ‘pull factors’ of asylum seekers attempting to come to Australia.

There is one element though that should give hope to those who wish for a humane and intelligent solution for those seeking asylum in Australia and that is increasing our asylum intake from Indonesia. Calling Australia a ‘racist’ country is usually handled in a pretty trite and uninformative fashion. When dealing with the debate on asylum and asylum seekers it’s easy to lapse into the idea that those who don’t want to provide a simple and effective path to asylum in Australia are racist or xenophobic.

Though for a country whose seventh act of parliament was to pass the Immigration Restriction Act in 1901 I’d not say it was without form. Lives have been lost at sea, hundreds of lives but this is a consequence of a policy that simply was not thought through and one that has become so warped by the nature of our politics that no rational justification for it can be extracted.

It might seem reductio ad absurdum to reduce the asylum debate to an economic argument, but if anything it is a pure example of how people respond to incentives. When the Rudd Government came in they scrapped offshore processing and temporary protection visas but didn’t go far enough to provide an alternate path to people getting onto unseaworthy vessels.

When faced with a five year queue in Indonesia to get your asylum claim heard the risk of dying at sea is substantially mitigated by the fact that you will in all likelihood enter the Australian asylum system if you get to Christmas island.

The calculus is simple, the risks of staying in Indonesia are far greater than the hazards of the sea. The Indonesian police regularly harass and assault asylum seekers (many of whom do not have documentation) and quite often burn the camps that the refugees have built as a ‘disincentive’.

The fact of the matter is these people are risking everything for a chance at a life where being shot in the night is no longer a possibility, where having your camp burned down by police is no longer fathomable. We don’t have an efficient channel of intake in Indonesia so people will scrimp and save whatever they can and walk right into the arms of people smugglers who will at least get them a better position in our processing ‘queue’.

For all of the rhetoric of ‘shutting down the people smuggler’s business model’, the Government has been surprisingly lax. In the absence of a swift and well-organised system for managing asylum claims in Indonesia the people smuggling industry has burgeoned and who can blame them. People smugglers may be portrayed in the media as scum, as people taking advantage of those in an awful situation but in their own way they are heroes.

They are providing a service that the Government has not, a way to get around the currently broken system. Sure it’s illegal but it’s not immoral to try and help people find a better life.

Sure there are criminal connections and these people have underworld associations but there are people who would currently be rotting in Indonesia that are on Australian soil because of these smugglers. Human ingenuity always tends to find a way.

The xenophobic argument to some degree makes sense. These asylum seekers aren’t white, many of them don’t speak English and many of them have their own religions and customs.

People are rightly concerned about integration into our society. Phillipe Legrain in his book Immigrants, Your Country Needs Them examined refugee and population flows over the ’90s and early ’00s and discovered that the integration argument simply doesn’t hold. Most people have a lax attachment to their religion at best, and fundamentalists are by their own nature a minuscule proportion of the asylum seeking population.

What can cause these cultural clashes and what can cause people to assert their culture more than they would is ghettoisation. By forcing people into communities that are made up entirely of people from their previous culture, and by not providing pathways to integrate with society or to feel of value by society we provide a greater incentive to cling to previous cultural traditions.

A xenophobic response to an alien culture acts as a feedback loop to people of that culture, they hold on to what they know and will reject what they don’t if they feel they are not welcome in their new society.

Frankly, we need people who will take these risks to try and find a new life. As PJ O’Rourke said on Q&A, “you want the guys that get on the boats, that take the risks, they’re the guys that start businesses and build communities”. He’s right. There’s not just some fixed pool of jobs in Australia otherwise our positive birth rate would have condemned us all to a life of destitution.

These people come to Australia seeking a new life and they contribute to and expand our society in doing so. They create businesses, they build communities and they add to our cultural capital.

Offshore processing kills this process two-fold, not only is it prohibitively expensive (at least 10x as expensive as paying these people the full rate of the dole plus housing benefits) but it doesn’t ground them into our communities. It alienates these people.

When their claims are processed and if they are granted asylum they’re transplanted into a community that they simply may have no links to. This reinforces ghettoisation and the costs to our society are substantial.

So when you’re reading the to and fro between columnists and politicians about the state of our current Asylum system, don’t be swayed by rhetoric about business models or pull factors.

Previous Gays Who Make Me Ok
Next A Man Like Luai