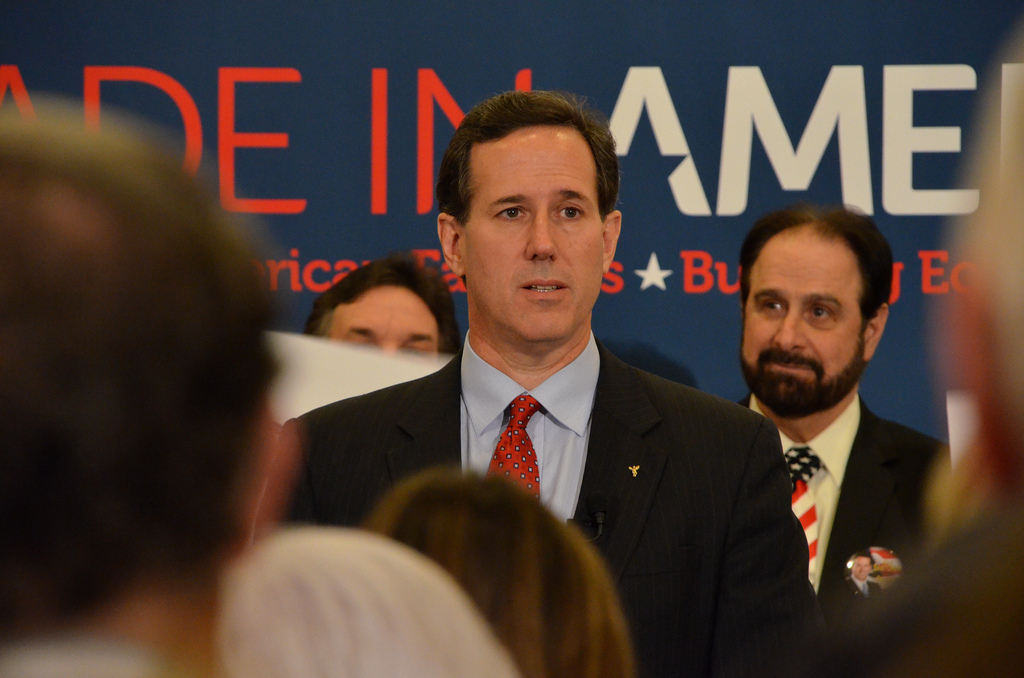 Something Happened: Why I Absolutely Fucking Hate Rick Santorum

February 28, 2012 Archive 2011-12, News Comments Off on Something Happened: Why I Absolutely Fucking Hate Rick Santorum 391 Views

As the Republican candidate shitstorm has reached a fever pitch, the Republican party members are doing absolutely everything they can to not nominate Mitt Romney.

The initial polling is even starting to look like Romney might not take his home state of Michigan. This is absolutely insane. Understandably, staunch conservatives are revolted by Romney, because there is almost no issue he hasn’t been on both sides of. Romney is, as one Republican voter described him “an empty suit”.

There’s this massive discontent with the Republican base, do they nominate a guy they have no love for because he can beat Obama, or do they go with someone who represents them that will absolutely never win?

Make no mistake, there is absolutely no way in the universe that Rick Santorum will be the next president short of Obama having a heart attack and an asteroid hitting the continental US. The Republican base in their heart of hearts knows this, at least, I hope they do. The count on election night between Obama and Santorum would be the fastest in history – Obama would take every single electoral vote by a massive margin. The man is unelectable for the same reason he is unpalatable, he is a disgusting fusion of authoritarianism and corporatism that is really only a few hairs bredth away from out and out fascism. This is a man who compared homosexuality to bestiality and paedophilia (earning him a fantastic google bombing campaign about his name, please google Santorum if you’ve a spare moment), someone who isn’t just anti-abortion but anti-contraception, and someone who believes all sex should be for procreative means only. He’s a guy who has declared war on the libertarian wing of the Republican party, someone who stated AS A REPUBLICAN:

Obviously the man’s not heard of Burke but I’ll leave that for another day. He’s not just the enemy of social liberties, he’s an economic vandal. There is no government program he will not support outside of a woman’s right to govern her own body and make her own medical decisions. In Pennsylvania alone he’s been involved in so many stinking corrupt deals that it’s obvious his religious fundamentalism doesn’t apply to how he conducts himself in his day to day life.

Out of all of the candidates currently in the race, he’s the one making the most aggressive statements about attacking Iran. I’d point out the irony of someone claiming they were pro-life being a warmonger but people have been pointing that out for nearly a hundred years now, you’d think someone would catch on. His Catholic morals, his widely held morals don’t extend to the Church’s views on war or the death penalty (or hell, even social justice). The man is an opportunistic abomination and giving him access to the nukes is nigh on the most dangerous idea I’ve ever heard of. The man is not just a danger to the reproductive rights of women, he’s a danger to the entire fucking world.

This is the southern strategy come full circle to bite the Republicans in the arse. Goldwater warned that working with the religious right would have devastating consequences:

Mark my word, if and when these preachers get control of the [Republican] party, and they’re sure trying to do so, it’s going to be a terrible damn problem. Frankly, these people frighten me. Politics and governing demand compromise. But these Christians believe they are acting in the name of God, so they can’t and won’t compromise. I know, I’ve tried to deal with them.

Rick Santorum and the other religious wingnuts who want to legislate over people’s lives and run roughshod over their civil liberties are the hellish spawn of this unholy union. The Republican party over the next few years must wholly and fully exorcise this tumour or risk being forever irrelevant to the American people. Most polling of the American people show them as being fairly socially liberal and fairly economically conservative.

Again, there is absolutely no chance Santorum will ever have access to the levers of power, but his resurgence shows something far more worrying about the Republican party. In a race where the libertarian wing has been out in force behind Ron Paul, where Paul has consistently picked up 20%+ of the vote in different caucuses, we’re seeing an ideological battle occurring in the Republicans. Either the Republicans move back to being a party of traditional Conservatism, of Barry Goldwater, or they become this bloated morass of Neo-Conservative thought and wither on the vine.

The American people are sick of the wars, both real and cultural and honestly are looking for someone who is not taking their cues from an imaginary person to lead them. The only thing this current surge of Santorum is cementing is Obama’s eventual record-breaking electoral win. Maybe another four years in the desert will give the Republicans the chance to finally jettison this baggage of the last 30 years.

Previous The Landsdowne
Next UNSW Has Highest Retail Prices