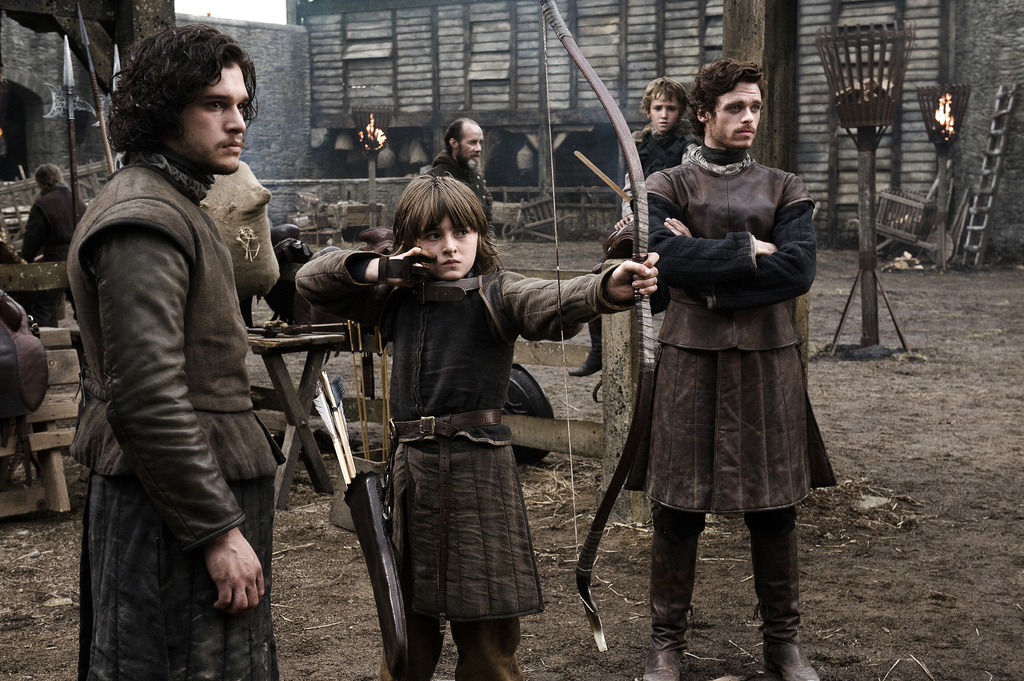 Something Happened: Where Do Your Downloads Come From?

It’s 10pm EST on the United States east coast, and the credits of the most pirated TV show in history, “Game of Thrones” have just finished rolling.

Hundreds of geeks all over the east coast are rushing to (or are already on) their computers. They’ve just recorded the entire show in HD and are rushing to cut out the ads, encode it to a .mkv file and push it up to the internet.

These hundreds of people are in a race to be the first release group to get the new episode out to the scene. They perform this ritual many dozens of times a day, many hundreds of times a week.

If you’ve ever downloaded a TV show from the net off say Bittorrent, you might see something like “Game of Thrones S02E05 720p HDTV x264 IMMERSE”. That last word is the name of the release group that got the release out first. Some release groups stick to specific channels, the release group IMMERSE has so far been the primary capper of shows like “The Borgias”, “Mad Men” and “Veep”. All very popular shows, all capped by nameless unknown figures who do it simply to get the honour of being the first. Only 10 minutes after the hour long show has been aired, the first uploads begin to scene sites, they might be little known file sharing sites, specific FTP (File Transfer Protocol) sites, or IRC (Internet Relay Chat, like Facebook messenger but with hundreds of people sitting in a channel) bots that will gladly push the file to other bots or other users if they request it.

The file uploads follow a strict code, the audio and video have to be in sync, the file has to follow specific video encoding (how it’s formatted) instructions, and it has to have all of the ads removed but include the credits if they are of value (so as to provide credit to the people who made the show).

The files have to be split into separate chunks, not just one big video file so that if a corrupt chunk is downloaded, people aren’t required to re-download the entire file all over again. It’s a meticulous and rigorously standardised process these people follow to make sure you can get your hit of your favourite tv shows.

When the files have hit scene groups, then the re-release groups get involved. They’re mostly sites that make the files available using things like Bittorrent. One well known example includes EZTV, if you’ve ever used Bittorrent to download a TV show, chances are EZTV has been the re-release group that you’ve gotten the file from (even if you’ve never been to their website). So basically, anywhere between 20 minutes to 2 hours the files become available on Bittorrent for all to download and share to their heart’s content (much to the chagrin of the content companies that wish to charge licenses for this content).

A fluid, mechanical process that’s designed to get newly aired content to you as fast as the bits can be transferred around the net. Here’s the thing, though, the ‘scene’, the original group of sites that content is pushed to and the original group of people that upload it absolutely hate Bittorrent.

If you download TV shows from re-release groups, you’re on the scene’s shit list because they want to keep their releases only to a select group of people, those people that are already members of the scene. If this sounds a bit virtual-fight-clubby, it’s because it is.

The scene groups don’t just restrict themselves to uploading TV shows, many of these people have access to early release content (also known as ‘pre’), and risk their professional careers if they’re caught sharing pre-release tv shows, movies, video games or even books and magazines.

Scene groups are extremely secretive and usually the only way to join is to donate servers and bandwidth (Not like your home ADSL connection, huge fibre pipes with more than 100MB/s bandwidth and loads of storage) or to know someone who is already an Admin in that scene group (information that is not easily given away).

The reasons for their secrecy are pretty obvious, what they’re doing is a quite serious crime, and if located and convicted they could serve several years in prison.

The corporate support behind law enforcement to catch them is substantial, particularly for pre-released information. A pre-released blockbuster video game could cost the company millions of lost sales on launch day (if people who pirated it were going to buy it).

Why do this though? These are people risking serious time behind bars for uploading and sharing copyrighted content, what motivates them? Plain and simple, it’s professionalism and kudos within the scene. The scene is self-sustaining.

If you get that big blockbuster game before release date, you’ve beaten the content companies and have given your release group a real boon. You’re king for a day, but the process starts again the next day (or even the next hour if you’ve got more shows to cap or content to put out there).

Though it would seem that fighting the content companies is one of the reasons people rush and compete to upload these files and share them with other people, you can sense another underlying reason that seems to be they want to preserve these files for posterity.

They aren’t just capping popular shows like “Game of Thrones”, but everything. A release group in Australia religiously screencaps and uploads shows like Better Homes and Gardens, and Border Security. Hell, there was even a group capping the Bolt Report but they stopped after no one downloaded it for ten weeks running.

The instinct to archive and preserve is a cornerstone of net culture. The idea of data, art, ideas or content being lost forever is horrifying at a base level to those who love the internet and what is on it. So while these secretive men and women may be the bane of the content creation industry, they’ll keep doing it presumably until they’ve stored enough data to boil the oceans.

Maybe even then they’ll figure out a way to keep the scene going until the last question is answered.

Previous Leaving Home (Life Was Never Good to Us)
Next A Red Badge of Courage: The COFA Redevelopment