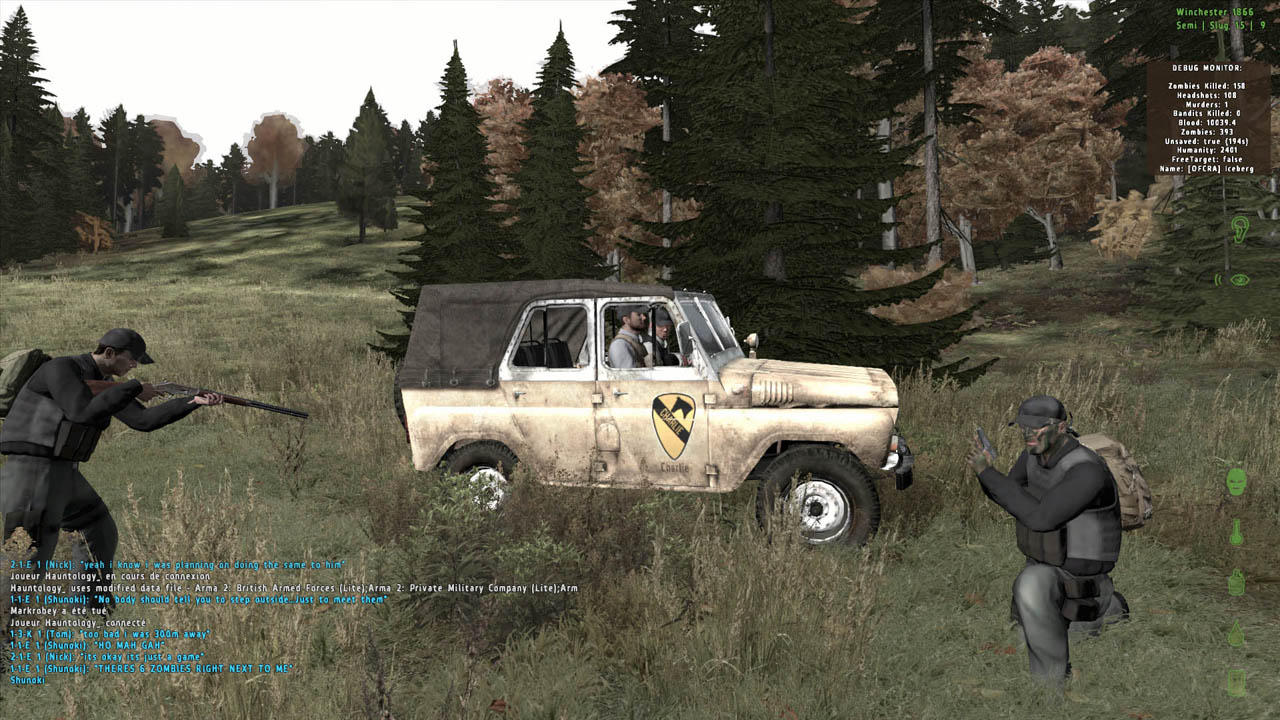 Something Happened: The New Horror Genre

I’ve always been a fan of horror movies. The escapism and terror of good, old fashioned horror movies has always appealed to me in ways that other genres don’t. From proper terrifying thrillers like La Orfanata, to gore, blood and violence of many other schlock horror movies, I’ve always found them to be a thoroughly enjoyable experience.

Of late there’s been a move in the video game world towards horror/thriller videogames. The pseudo-seminal example is the nightmare/thriller game Dead Space. You play a character, an engineer, who joins a team of people called in a distress call to an abandoned asteroid mining station. I won’t go into too much depth if you want to play the game, but it is beyond fucking terrifying. The game is balanced pitch-perfect and even though there are a series of cheap attempts at scaring you (surprises, musical crescendos etc), the game has a consistent and constant air of terror and malice that makes you feel uneasy every second you play it.

However, I have never been kept awake at night thinking of Dead Space. Only recently did I find one game, a huge indie subcultural hit that when playing flooded my body with so much adrenaline I was unable to sleep for hours after stopping. DayZ is a post-apocalyptic mod for the game ARMA 2, an incredibly realistic first person shooter. As the title implies, it’s a zombie apocalypse, an airborne virus has ravaged humanity and you are one of the few survivors. You’ve wound up on the shores of a massive land, Chenarus, a kind of post-soviet wasteland with a few population centres scattered around. The first thing that gets you is the scale of this game, the in-game map is 256+ km2. You start on foot with a backpack containing a bandage and a flashlight. The game is designed to be incredibly realistic, you need water, you need food, you can get sick, you can break bones, you can bleed and my god you can die. The frailty of the human body is drummed into you at every stage in this game.

Unlike other modern games, when you die you don’t respawn easily and get back on track. When you die, your character is done and you restart somewhere randomly on the map with absolutely nothing. When you start, you have absolutely no way to defend yourself. You are meant to sneak around and scavenge the post-apocalyptic world, finding food, drinks and items to defend yourself with before zombies or the elements get to you. That’s not all, though. You share this massive landscape with up to 50 players. This is where the real terror of this game takes hold, as a dark and dispiriting tale (as all zombie horror type genre tropes are) about mankind’s swift descent into darkness when called for it.

In my first foray in game I spawned near one of the larger cities, packed with items I could scavenge but flooded with zombies. The in-game zombies are as you would expect; terrifying, 28 days later types. When they spot you they sprint hell-for leather at you, screaming these inhuman guttural noises that terrify you down to your core. Your character, as well, shakes and screams in terror. If you try to sprint away from them your character breathes heavily, screaming, trying to outrun the zombies. I managed to scavenge some supplies and outrun a horde of zombies that did their damndest to tear me limb from limb, being saved by running into another character who yelled at me to follow him.

The character bandaged my wounds and gave me something to eat and drink. We chatted for a bit (the game has in-game voice communications), shared a bit of info about ourselves and strategised a plan to go to a nearby airfield to scavenge some better weapons. His name was Aaron, he worked in mining and had played the game for a bit so he said he’d give me a leg up.

We slowly made our way out of the city and to the airfield, sneaking for several kilometers around zombies in the dark, barely knowing which way we were going and continually checking our surroundings to make sure we could get our bearings (there is no in game map unless you find one and no indication as to which way you’re travelling unless you use a map external to the game).

We finally happen upon the airfield and barricade ourselves in the air control tower. Aaron finds a powerful weapon and beckons me over to show it to me. He spends five minutes talking about how it’s one of the best weapons in the game and we’re lucky to find it. Then he shoots me in the chest.

My character collapses onto the ground. I’ve lost a lot of blood so my vision starts to go woozy and shakes, I look up and Aaron is standing over me, holding an axe in his hands, he proceeds to bury the axe into my body until my character bleeds out and I die.

A guy I’d spent a few hours travelling with who could have killed me at any time earned my trust, helped me, helped me find gear and then killed me for the hell of it. This isn’t just your usual online gaming griefing type of nonsense. It was planned, calm and calculated. He brought me along as bait, so if we ran into any zombies he could hit me with an axe and leave me behind, the zombies killing me and letting him escape. He killed me in the end because he thought I’d backstab him and take his weapon.

All wankery aside, the game’s true villains aren’t the shambling disgusting piles of rotting flesh that want to consume you, they’re the other players that will do whatever they can to stay alive, including pretend to be your friend and help you for several hours before murdering you with an axe. It’s an incredible gaming experience unlike anything I’ve ever played before and I’d recommend it to everyone. Though if you do get into it, be warned, you’re up for a lot of sleepless nights ahead.