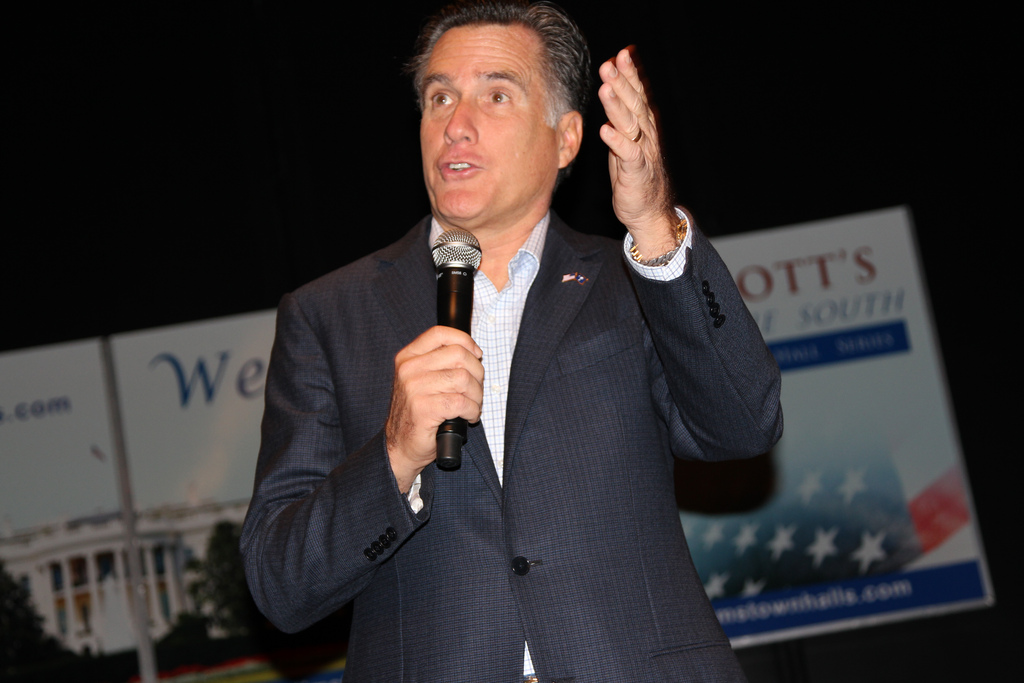 Something Happened: Mittens the Nominee (but does it really mean anything?)

In keeping with Catholic family planning tradition, Santorum has rigorously upheld the Rhythm method. He’s placed the thermometer of political support into the open and willing mouth of the American public and taken their temperature to see if they’re ovulating.

On finding the temperature of the public to be not within the range of a successful ovulation and subsequent insemination and implantation upon the uterine lining of the american political landscape, he’s pulled out, creating a mess that the Republican party and their ‘anyone but mittens’ base will be cleaning up for years. So for all the brouhaha, dog-whistling and absolutely batfuck crazy policy shitstorm of the past nearly 12 months we’ve ended up with the result we expected all along.

The tepid response to Romney in the primaries has now begun to shift, the swift migration of pundits and Republican strategists from criticising him to full-throated support of Romney and all he stands for. After all, they’ve remembered they probably dislike Obama more than Romney. Probably.

You’d think all of the infighting, the ridiculous appeals to the base, the rush to support any policy, regardless of how idiotic or expensive on the grounds of populism would have had a massive slug against Romney and he’d be trailing Obama in the polls. Apparently though, through some kind of Joseph Smith-esque miracle, the golden plates of the polls reveal that Romney’s leading Obama by about 3%.

Obviously a split of that regard can easily be left down to the margin of error, but it’s still absolutely shocking that even after this ridiculous, protracted, utterly sordid and disgusting campaign, it’s like we’ve hit the reset button and we’re back at the start, all scars airbrushed away. No harm, no foul, no damage done.

The primaries, in waging their protracted and rather insane variants of the culture wars have somehow managed to benefit from the fact that the one consistent message all of the players were pushing was that Obama’s an economic lightweight and responsible for the current economic downturn. That is one that has seemed to resonate with the American public who are still reeling and worrying why the economy hasn’t gotten back on track. It’s a double whammy for Obama because any gains from any of the programs he’s instituted or negotiated through Congress won’t really be very apparent until the middle of next year or later. Growth takes time.

The other hazard Obama faces is his background, he has no real solid experience in anything other than community organisation, academia and politics. Romney built Bain Capital (his private equity firm) up from “basically” nothing. Though that gives Obama an easy target to hit back at Romney, saying he made his fortune offshoring jobs and shutting down companies, it’s going to eventually start to not cut the mustard when Romney begins proposing potential pathways to growth.

This isn’t an election about race, social policy, the youth vote or any number of proposed elements being postulated by talking heads – it’s about the economy, stupid, and it’s going to be at the forefront of the debate. As we witness the potential decline of the American superpower, both potential presidential candidates will do whatever it takes to avoid pointing out that this lack of an economic recovery is something that will take a structural shift of the economy to rectify over time.

Many of those jobs lost in the economic downturn simply are not coming back. Where immigration as an acknowledgement of this becomes quite terrifying is that the numbers of those leaving from the US to Mexico are higher than those going from Mexico to the US for the first time since the great depression.

If even unskilled labour thinks it’s going to get a better deal and have a greater overall income in Mexico rather than the US, it’s a sign that something has gone terribly, terribly wrong.

What must be stated that for whatever the differences between the two candidates, they both read from the same prayer book when it comes to government/business partnerships.

Once again the parasitic slug of corporatism is wrapping itself across the windpipe of the US government and subsequently the productive capacity of her people. Obama’s no less of a populist than Romney, though certainly he’s more of a leftist than

Romney, both are quite clearly weighted towards the authoritarian axis of the political compass.

Obama and Romney are both deep in the pockets of Wall Street, so those hoping the election of either will lead to change and reform of the financial sector are shit out of luck. Obama’s a quite personable guy and this would generally trend towards people supporting him over Romney, but remember Obama took Bush’s foreign policy and security policy and turned it up to 11. This is the guy who can kill you without trial or even judicial oversight if he declares you an illegal enemy combatant. Even Rumsfeld didn’t think they could do something that fucking crazy and get away with it, but there you go. In a world where a superpower sees itself dying, people make rash and drastic decisions and claw to power in any way they can.

Both sides of American politics (whatever narcissism of small difference differentiates them) march in lock-step with the foreign policy agenda of maintaining hegemonic control. As we’re seeing with proxy wars in the Middle East to maintain energy security and a slow spinning up of proxy support of conflicts in Africa (a continent that China is rapidly trying to buy and control), the idea of the war on terror was a front for the most usual pastime of empires: self-preservation.

As the 21st century starts kicking along and the might of the Chinese empire begins to solidify, America is starting to freak the fuck out. As a nation they still have an incredibly powerful military and an ability to project force across the globe that would give China nightmares, but that degree of military supremacy is starting to wane. The next 20 years are going to be the real testing ground to see if America can turn itself around and manage how it chooses to interact with the world.

Gillard’s accepting of performing joint exercises with US troops and having a constant rotating battalion of US troops in the Northern Territory is a sign we believe America is the Future, and they can turn this around. The dice for the most part has already been rolled in US Policy terms over the next four years; both Obama and Romney will effectively follow the same agenda, with a few minor differences.

Where you should be concerned is if they make a play for more resources in the Middle East (hitting Iran), or whether they ramp up their proxy war against China for Africa. As empires sense they are collapsing they become more and more unpredictable, my advice is pay very close attention to US foreign policy over the next few years. That’ll be the real predictor of how they see themselves and how they see the world changing. In terms of what that means for us over the course of our lifetimes, I guess we’ll just have to see.