This year the SRC has formed an internal working group to review and formulate submissions regarding the affiliation of UNSW to the National Union of Students (NUS). Last year the SRC held off affiliation to NUS after there were concerns brought up about how well the Union represents the affiliated members as well as the conduct of the union during events such as the annual national conference. This review comes as NUS conducts a structural audit this year of its internal processes in relation to the roles of Office Bearers on both the state and national level and how NUS conducts its relations with its affiliated universities.

Young Liberal student societies at UNSW and the University of Sydney were struck in O-Week by the theft of their life-sized cardboard cut-outs of former Prime Minister, John Howard.

Despite an attempt to guard their Howard cut-out more vigilantly following the UNSW Freedom Club’s loss earlier in the week, the Sydney University Liberal Club also lost their cut-out within two days. It is understood that the Freedom Club cut-out was stolen after a post was made on the club’s Facebook page expressing an intention to steal the Howard cut-out and asking for help.

Tharunka has received photographs of both John Howard cut-outs in their new homes, curiously exhibiting a condition akin to Stockholm Syndrome. 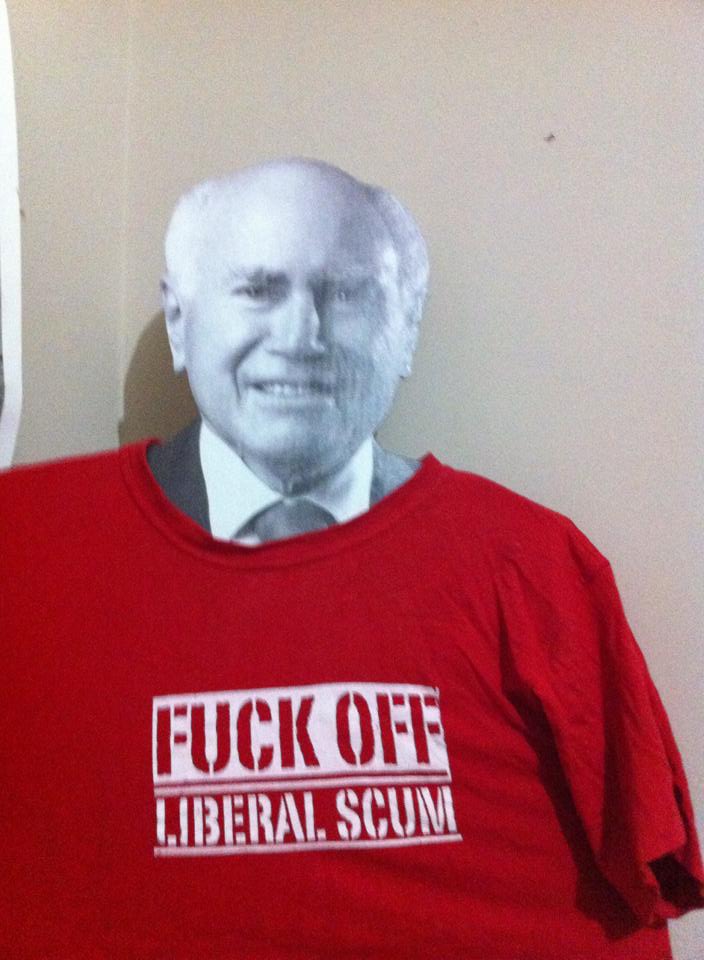 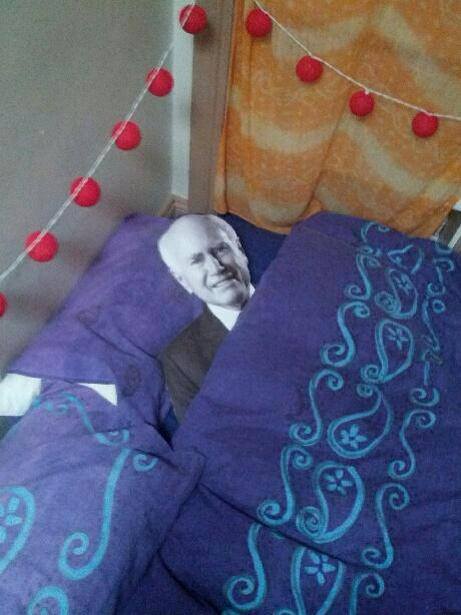 “Now Liberals all over the country will tremble at the silent sound of our eternal return,” said Benjamin Conway, a self-described liberator of oppressed John Howards unable to escape the monotony of inexhaustible capitalist momentum in postmodernity.

The perpetrators of the theft have spoken to Tharunka and hinted that both Howards are unharmed and are being held in separate locations, reportedly Marrickville and Leichhardt.

Following the loss of their John Howard cardboard cut-out, 2014 is shaping up to be a bumpy ride for Young Liberals on campus. Alongside allegations of a failed attempt at club stacking featured on page 6 of this edition, the Freedom Club Constitution may also be under greater scrutiny from Arc this year. With the Freedom Club’s 2014 AGM yet to occur, stay tuned for further developments on this front.

In the last Shortlist, Tharunka reported that Labor right faction Student Unity, found locally in the UNSW Labor Club, has a new campus convenor in Jack Power. Having jumped the gun slightly on this one, Tharunka apologises for the insinuation that Student Unity would deign to hold a democratic ballot for a convenor, given the plethora of ex-convenors still recovering from suspiciously knife-shaped wounds in their backs.

Indeed, as Power himself told Tharunka when asked if he was convenor, “Not… yet.”

Arc has rebranded a new volunteer program after a complaint was raised with the organisation by the SRC Queer Officers. The complaint was made directly to Brad Hannagan, Arc’s CEO, in an email which stated that the branding “trivialises serious issues that many students face as bisexual-identifying and questioning individuals. We feel that using this pun on a queer personal identity will reflect very poorly on ARC.” Arc has since changed the name of the volunteer program to ‘Bike-ology’. According to Arc’s website the service is free and run by students for students to help them learn about, maintain and socialise with other bike enthusiasts.

Previous UNSW’s Winter Olympics: Meet Taylah O’Neill
Next An Expert’s Guide to Life: How to make a muscle shirt