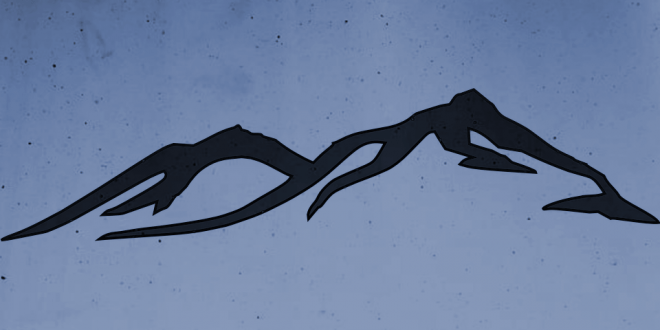 It started when I fell from my mother.

I was big, so naturally, the ground took a hard hit. Pebbles screamed and scattered. The ground shrank as far as possible. And there I was. Tall and awkward, an unpleasant presence that was hard to ignore.

As the days passed by, I would sneak glances behind me, where mother stood, watching, her presence dominating the narrow valley. I wished I had wings like the sparrows who swooped freely between arches and caves, wings that would take me back to the crook, crested between soft moss and vines.

The more the days passed by, the more I ached for those wings. Not that it’d make a difference – I could no longer balance on that ledge as I once had. The crook had reshaped itself before I had fully comprehended what was happening, or perhaps something had reshaped me. It was hard to tell.

The pebbles despised me. They chattered amongst themselves when winds and rain travelled by the valley, knowing that I wouldn’t be able to hear over the howls and roars of the rowdy crew. As more of them passed by the valley, I prayed that I’d grow smaller. Insignificance was easier than scorn.

There was another rock over on the other side of the river. I didn’t know how it got there, but that hardly mattered. I recognised the awkward angles, the impossibly crude lines and the painful curves in places that looked as if they’d been pummelled. My shadow, my reflection, my double, surrounded by its own cluster of pebbles. We were designed to do nothing but watch one another, a river apart.

The river was a silver ribbon that graced the valley. It sang its soul, a shimmering veil that warped around the merry tunes of rainbow-winged thrushes. Fish, gold, red, blue, green, raced as far as I could see, unhindered and alive. How I envied their glistening scales, their nimble bodies. I stood, so close.

My wishes were soon granted, though. I was remade, thanks to the dripping water above that penetrated through to my core day after day, chipping away, unnoticeable, just the way I wanted it. Before I knew it, I was a pebble. My edges smoothed, size rendered, colour faded. Strange, how joy and sadness could coexist.

My time came with the storm. Inside, I roared my triumph with the wind. I rode above all the other pebbles, just like all others have done before me and dived into the river.

The rush! Everything was moving, fast. Pebbles churned at the bottom, river crabs hooked their claws in mud, and reeds bent in an impossible angle by a force that was driven with a desire to have it uprooted. Zeal made everything stark. Lightning flashed above the surface, throwing everything into sharp focus,just as quick as to cast the world into darkness. There wasn’t a break. There was just me and black and white and nothing in between.

The currents had me jostled back and forth, up and down, side to side. It was refreshing, at first, being a part of movement. For the first time since I fell, I was moving. Yet, I was going fast, so fast, too fast. I rammed into other rocks that sat on the bottom of the river, scarred myself as I was knocked against half-sunk trees and tangled amongst drifting twigs.

By the time the storm stopped ahead, I’d woken up to an unknown land. It was darker partly because it was deeper, but also because a looming object above the surface casted a jarring, shifting shadow that claimed every inch of the underwater realm. Gallons of water straddled me, I never knew that weight such as that existed – its existence seemed to have become the only thing I was concerned with, since I was no longer moving.

There were days when the winds were strong enough to set the river’s depths into motion. I’d crawl forward one or two inches, only to be thrown back three or four more. Eventually, I’d given up trying to keep track. Time didn’t exist down in those parts, there was only the agony of grinding, scraping and tossing. How I longed for the wind’s caress, the harmony of the woods.

Fish still swam ahead and above me, and I couldn’t help wondering why I had wanted the glamour, the agility. What a ridiculous notion it had been. I was not a fish. I used to marvel at the river from ashore, but it wasn’t the same, now that I was actually in it. It had lost its glamour, or rather, I could no longer see it.  Now, I was one of the pebbles among pebbles, among pebbles.

I recalled my shadow across the river and saw proud angles, pronounced lines, strong curves. They were always there.

It swept me away from my usual spot and carried me downstream. It brought me over the edge of the waterfall, and I fell, fell, fell. I was falling again and it felt like flying.

The river sloped downwards and gradually, I met the lake, where things were quiet and still. I sighed as the gentle waves brushed me to shore and felt the air breathe against my skin. I would wait and wait as I grew smaller and smaller, until I was dust in the wind, where I was nothing, but everywhere.