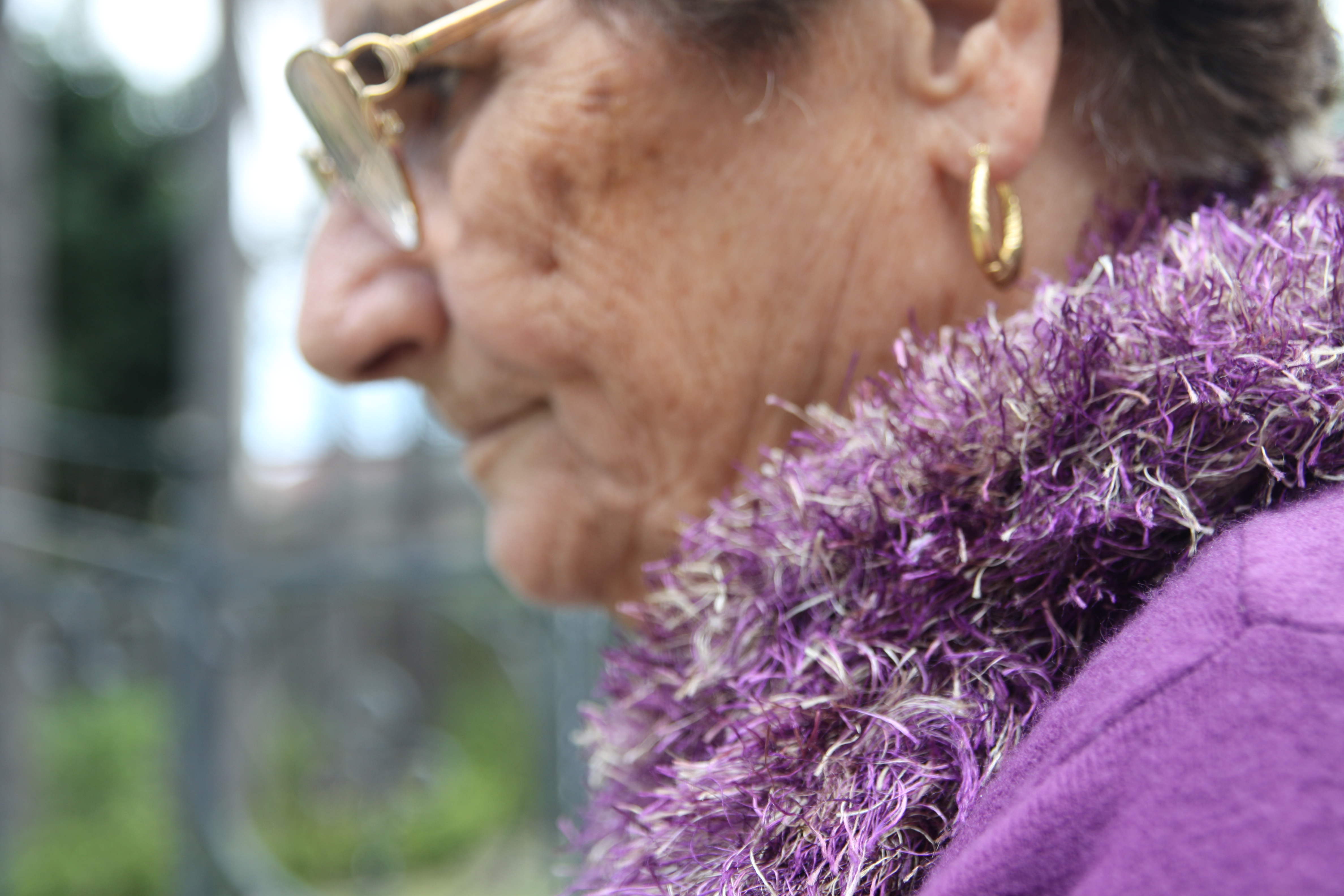 This too shall pass

I grew up under my Greek grandmother’s thumb, the one with the callous from years of absentminded pinpricking as a seamstress, in a duplex in Enfield. My grandmother’s hands look just like my dad’s but stronger and browner. When she shapes me with them, the word lipame springs to mind because her first grandchild is white and a girl. Lipame, I feel her feel, a sadness that misses something it never had. She takes me to Cronulla Beach and insists that I need colour more than sunscreen, so I cry for a week straight because I can’t sleep on any of my raging skin.

I’m the first girl she’s had to care for and she repeats the fact every time she draws my thick, curly hair back with a rubbery elastic band. My hair is her hair, but I don’t think she remembers a time when hers has been more than three inches long, so she combs mine like hers, never expecting the tangles that catch the brush’s stiff bristles. When she encounters them on the same stool at the same time of every day, she wipes away my “Ow!” before it can spill out. Siynomi she says, laughing. It means excuse me or sorry but she says it with the casual ease she’s giving the brush, somehow stroking and striking, comforting and bruising. “Yiayia never had a girl, she doesn’t know how to do these things,” she explains, and I feel tired because I know, I know I’ve only got uncles and I can’t understand why she’s talking about herself like she’s not there, but before I can ask, she repeats the bromide that will see me through far worse than hair tangles. “It’ll pass by the time you’re married.” It’s her version of this too shall pass, but with her expectation for me to grow up, breed and feed a family embroiled in the middle. I repeat it to myself for the next two decades anyway.

My relationship with my grandmother is based largely in silence. Or if not silence, then silencing. No, it can’t be silence, because my grandmother is the sound of a hammer on a roof at four in the morning, the wooden spoon against the side of a katsarolla, shaking off sauce; she is winter coughs and phlegm and pointed sighs about what the “kala koritsia” do. But I was never one of the “good girls”, and I try to explain this to her over dinner one night. I’ve spent years stubbing out the label like a cigarette burning too close to the filter, leaving fingertips too hot to touch anything without a trace of its ash. I finally tell her, I’m dating an Afstralezo. After all these years of wearing pants to church, refusing to fill my father’s plate for him and a quiet disdain for anyone with a name day, it feels like a cop out. I feel nothing for the Afstralezo, and the relationship is summed up when Yiayia asks, “Is he handsome?” “Very,” I respond.

In four days time, I will call an end to my time with the Afstralezo. “I don’t get communism,” he proclaims. “What’s the point in suffering through a present hell for a better tomorrow?” You don’t get communism, I think, and then I think of Yiayia and the way her eyes would have shown a lesson-teaching anger that still scares my adult self. I am the point, I think. And I set him aside.

But here at the dinner table, my grandma’s eyes are kind. There’s a drunkenness in them even though the pinkness in her cheeks that grows from her first sip of alcohol is absent. In Greek, with no one listening and no one to perform to, she tells me that my Afstralezo is good and that I must love many men. I’ll get married one day, she tells (instructs) me, maybe not to A Nice Greek Boy but to someone I have learned to love and who won’t produce a child with funny eyes. I can only emerge from the cringe of her xenophobia when she tells me to Be Penelope.

Be Penelope, who rifled through and watched her suitors pile up and pass her by. Be Penelope with your boyfriends but think always of your Homer. Remember that suitors are just the padding in the story of your marriage.

When my Italian grandmother dies, Yiayia flies up to Brisbane for the funeral. She’s there for her friend, my namesake, but I take shelter under her thumb once more. My mum has gone silent, so my Yiayia’s hands envelope me once more and she is surrounding me at every moment. I start to cry at the service and feel her daktyla dig into my upper arm. “Don’t cry,” she whispers in our language. “You have to be strong for your mother now.” I don’t know where to push the sadness that’s leaking up and out of my lungs, but when I drag back the tears and look at her, I realise that it wasn’t a bromide. Under her thumb, I feel brown, calloused and silently strong with the words she no longer has to speak to her girl. Tha perasi os pou na padreftis.