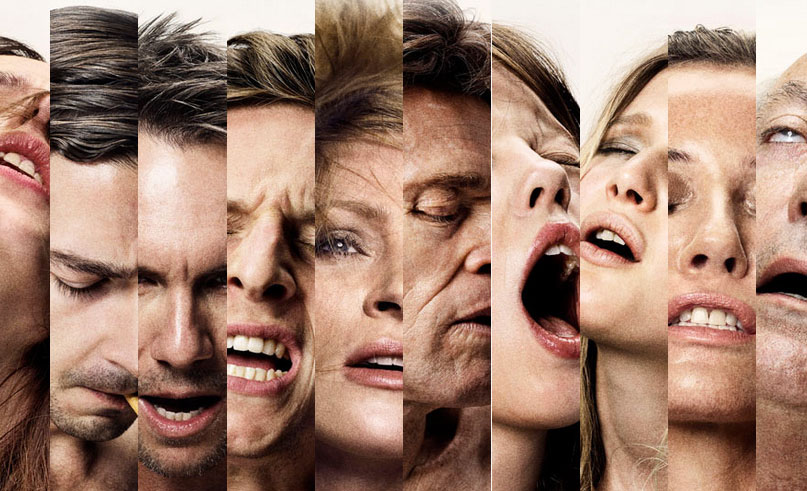 The story avoids a lot of easy tropes in exploring the childhood of a sex addict. Where many other texts reason that hypersexuality in adulthood is the consequence of either sexual abuse in youth, or simply just “daddy issues”, Nymphomaniac refuses to stereotype Joe’s story. Instead, we see a very healthy and loving relationship between Joe and her father, played by Christian Slater. The heavy focus on the father-daughter relationship shows Joe’s genuine warmth as a person, completely separate from her sex life.

Indie film queen Charlotte Gainsbourg gives an outstanding performance playing the adult Joe. Intensely captivating on screen, she has the audience as equally engaged watching her simply talk in a cramped room as they are watching her set fire to a car or fuck her brains out. Shia LaBeouf (despite his confused accent that travels between American, cockney English and South African) is equally brilliant in his thoroughly unsympathetic role.

Nymphomaniac uses unique storytelling that really pushes the visual medium.  Manuel Alberto Claro’s stunning cinematography is combined with interesting and playful cuts to cartoon-like sequences that support explanations of obscurities from fly-fishing to Fibonacci numbers. This visually maps the way our minds often flit to different images in conversation.

The soundtrack throughout is beautiful, and for the most part, evokes a gentle melancholy in tone. This is hilariously deviated from with Rammstein’s “Fuhre Mich” and Talking Heads’ “Burning Down the House” – choices which reflect a self-aware humour of the film’s own pretension.

Nymphomaniac refuses to sentimentalise, glorify or exploit the story of a sex addict and gives no real closure to the audience through a message.  Criticised for its “shock value”, the film will find you squirming when you least expect it.