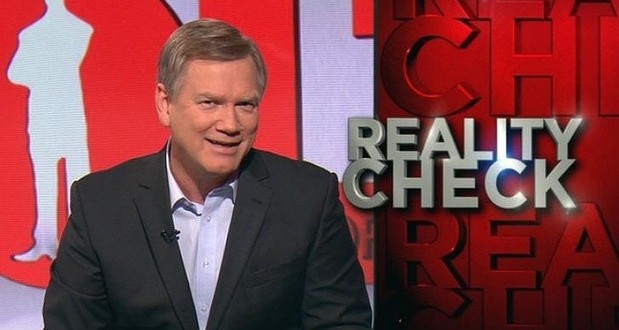 Several Australians surprised by cancellation of The Bolt Report

As many as five viewers have been left shocked and confused after reports that Andrew Bolt’s Sunday morning political discussion show, The Bolt Report, has been terminated. The 56-year-old journalist and commentator used the segment as a platform to discuss a number of issues of concern, such as asylum seekers, race and climate change, with a fun, conservative slant. Although Bolt has been accused of reviving outdated views, supporters defend the journalist, insisting that the quality of his work can be compared to journalism as recent as 1959.

Such news of the segment’s discontinuation comes despite the program’s unexpected popularity, racking up views as big as 113, 000, according to OzTam, almost comparing to Channel Ten’s short –lived (but certainly memorable) 2012 series, Being Lara Bingle, the finale of which concluded with a commendable 387,000 views. Bolt is adamant that the segment has not been ‘axed’, as reported by The Australian, but has in fact been ditched in pursuit of “several options”. Though such options have been left unspecified, Bolt insists that, if anything, he plans to do “more TV, not less”.

64-year-old viewer, Alan Bright, responded to the news with a mixture of emotions, feeling both angry and perplexed. “I thought it was a somewhat popular show,” he said. Bright, a regular viewer of The Bolt Report, added, “I know of at least two mates that watch the segment sometimes.”

Alan’s wife, however, was less enraged. “Yeah, it was pretty good, but I suppose I can just read The Telegraph instead”.

John Taylor, the neighbour of Alan and Terry Bright, commented that the cancellation of Bolt’s show “represents a fickle generation, willing to progress too far forward. (…) First it’s our prime minister, and now it’s our journalists. Stick with Tony, stick with Bolt, and get over it”.

When prompted further about whether or not the change may have been in response to popular opinion, Taylor replied, “But Alan and I know of at least two people that watch it. Our neighbour! And his wife doesn’t mind it much either.”

While Bolt has been criticised for near-extreme right wing views, exemplified by claims that “belief in man-made global warming will soon be laughed out of existence”, commenters on Bolt’s Herald Sun blog prove that such an argument is based on sound, accurate fact: “What [environmental] damage? The air is cleaner than it has been in several hundred years…the sea is NOT acid,” one reader agrees.

However, it has become evident that even if the show was, in fact, unpopular, unsuccessful, or even just plain bad journalism, The Bolt Report was doomed from the beginning. Reviewers are “horrified at the very concept of a show with conservative leanings,” Bolt states.

Despite such an emotional response, viewers keenly await news of Bolt’s “other options” in the meantime.

Share
Previous Getting into uni: fair or fraudulent?
Next The Academy reveals It’s True Colours