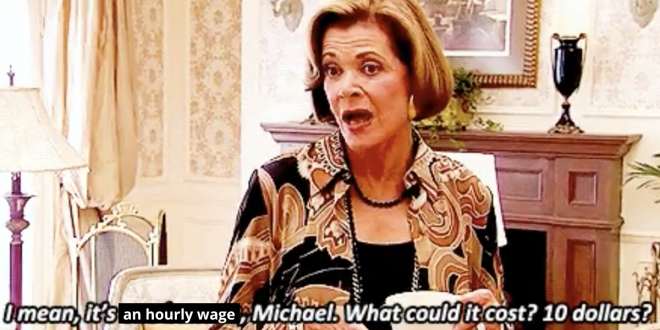 The cost of living rises while worker’s wages stay the same. What’s the solution?

We have seen recent, dramatic increases in housing and grocery prices, with a 5.7% and 4.3% rise respectively. Only this week, it was reported that inflation has risen 5.1% annually, the highest increase since 2001. When this occurs at the same time that average wage growth slows down, workers end up with an effective pay cut as they spend more on goods and services. It is easy to see why Australians (especially those on minimum wage) are feeling the pinch.

At the same time, the hospitality industry was especially hit hard by the lockdowns of the last two years as closed borders and a diminished pool of migrants on temporary working visas reduced the staffing numbers of businesses. In Australia right now, not only are hospitality workers struggling with rising cost of living but employers are finding it challenging to find staff.

‘How do we fix this?’ you might ask. Some of the more daring among you might suggest that maybe the hospitality industry should pay some of its workers more than $20.33 an hour. What if there was another solution proposed by restaurant critic Terry Durack which might just fix all our economic woes?

“If all our school-leavers were conscripted to do a week of basic hospo skills before moving onto a month or two of employment in a local restaurant or cafe” Terry Durack writes, “our hospitality scene would be revitalised”.

While this original article is at least somewhat satirical, and Durack is not seriously suggesting conscription (what a relief), his approach typifies what many younger Australians see as the dismissive attitude toward young people seeking employment (The average employee in accommodation and food services is 26 years old).

Statements like “Yes, it’s a tough job, but guess what kids, everything’s tough” only serve to undermine and diminish the genuine problems of low wages and poor conditions. Durack’s discussion around alternative ways to fix hospitality staffing misses the most practical solution; that more people would want to work in hospitality if they were paid a fair wage.

Unions recently told the Fair Work Commission that Australia’s lowest paid workers deserve a 5% pay increase to meet the minimum standard of living.  At the same time, business lobby groups like the Restaurant & Catering Industry Association (think of them as unions but for bosses) are instead suggesting that the 2.2 million Australians on minimum wage do not deserve any pay increase this year.

Nurses and teachers have undertaken industrial action this year to fight for better wages and conditions, and you would be right to wonder “Why don’t hospitality workers do the same?’. But those who have had jobs as barbacks, cleaners, or kitchen hands know that hospitality workers have significant job insecurity. The Australian Bureau of Statistics found that 79% of those who work in the hospitality industry are casuals – with all the diminished rights that come with this. These workers can be fired with little to no notice, have no leave benefits, and after consecutive terms of conservative governance – stagnant wage growth.

Perhaps instead of pointing to the vague benefits of working in hospitality (like Mr. Durack does throughout his article), Australian businesses should start being more realistic about what people need from work. I think we can all agree that learning how to “talk to people, and how to listen” will always come secondary to having enough money to pay rent and buy groceries.

So, here’s an idea, if employers are struggling to find staff, why don’t they start considering paying their workers enough for the average hospo worker to afford to live in this country?

In other words, a living wage.

Previous Australia Institute report calls for free undergraduate education, among other policy recommendations
Next Meta for Dummies: Everything you need to know to impress your tech friends