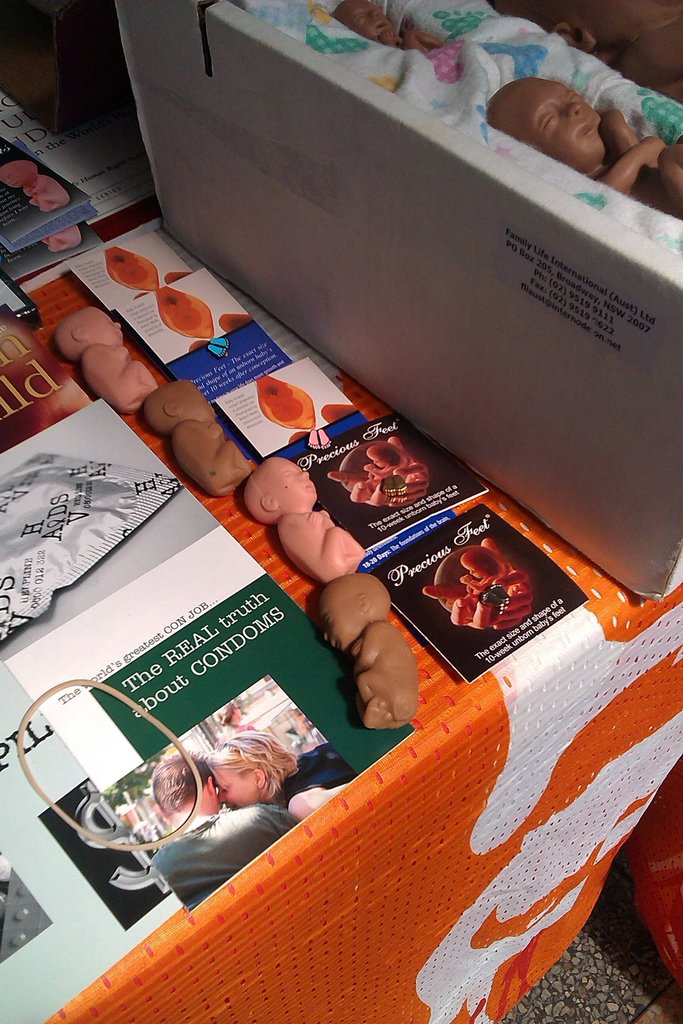 LifeChoice UNSW was forced to hold a second Inaugural Annual General Meeting after it originally failed to give adequate notification to the SDC.

The second meeting was held at 8am, with all executives elected unopposed.

Perrottet is a member of the hard Right faction, nicknamed the “Taliban” for their militancy, and led by prominent Opus Dei Catholic David Clarke MLC.

Other Liberal staffers, including Adrian Morris from the Right’s Roza Sage, MP for Blue Mountains, were involved, as well as students from the Opus Dei affiliated Warrane College.

SDC Convenor Chris Antonini said the Club had not been affiliated because two of its three aims were in conflict.

Those aims, as outlined in the Club’s proposed constitution, were believed to be those of “fostering discussion and debate” and “promoting the dignity of human life from conception to natural death.”

Questions were also raised about the Club’s connection with the New Zealand pro-life lobby, including controversial groups ProLife NZ and Right to Life NZ.

That organisation, with a network of clubs across seven universities, advocates for legislative changes to restrict the availability of abortion.

ProLife NZ’s former president, Andy Moore, notably operated a website that deceived viewers into believing it was the same as one run by the Abortion Law Reform Association of New Zealand (ALRANZ), a pro-choice group.

Using the same symbols, name and colours as ALRANZ, Moore’s website showed a full-screen image of a bloodied 24-week foetus.

Dame Margaret Sparrow, president of ALRANZ, said the site was unacceptable, and overstepped freedom of speech.

“[It was] particularly confusing for young women who wanted information about abortion. If a young woman had seen that sort of material that would have been … very damaging,” she said.

Moore told ALRANZ he had no intention of removing the website. The Grace Baptist Church in Christchurch, whose address Moore had used in the registration, did not respond to queries.

The complaint was eventually adjudicated by the Domain Name Commission, who ruled the website was deliberately deceptive.

Right to Life NZ, another group whose website is registered with the same company as LifeChoice Sydney and ProLife NZ, is actively involved in lobbying the Government for changes to abortion legislation.

Right to Life NZ launched legal action against the New Zealand Parliament’s Abortion Supervisory Committee in 2005, claiming it failed to ensure the human rights of unborn children received the full protection of the law, and for failing to stop the availability of abortion on demand.

In 2008, the High Court rejected the claims for human rights for fetuses.

Right to Life NZ told the media they hoped for “legal recognition before birth as human being were endowed at conception by the Creator with human rights”, and appealed to the Supreme Court.

The appeal was dismissed in late August this year.

An ALRANZ spokesperson told Tharunka they now held concerns about the campus activities of ProLife NZ.

She cited the recent Right to Know leafleting campaign, and said there was no way a campus society would have the money to print thousands of full-colour, glossy pamphlets without outside backing.

The Right to Know pamphlets warned students that abortion carried serious risks to women’s health. At the time, Auckland healthcare professionals criticised the pamphlet for quoting studies that were many years out of date. As far as Tharunka is aware, Life Week was not connected to LifeChoice UNSW, although a member of the LifeChoice executive, Blaise Joseph, was involved in the running of the events.

The SDC is investigating the appropriateness of the Life Week stall.