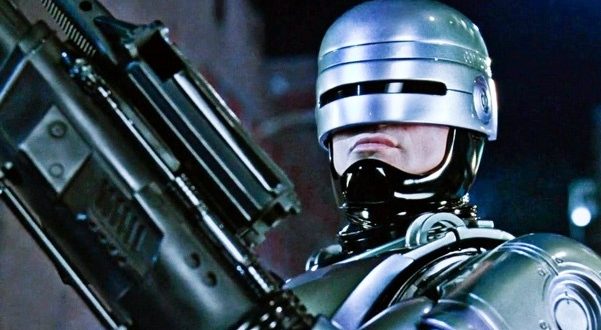 Beep, boop, beepity, boop. Cyborgs! The fusion of man and machine. The mythos of the cyborg is a relatively new one, with Edgar Allen Poe’s short story The Man That Was All Used Up (1843) perhaps being one of the oldest literary accounts of the Cyborg. The word itself, however, would take another 117 years to emerge, eventually being coined by scientists Manfred Clynes and Nathan S. Kline in 1960. Since then, the mythos of the Cyborg has only grown. Despite this, there is no set portrayal. Some are good (Gadget in Inspector Gadget (1983-1986), some are bad (the Cybermen in Doctor Who (1963–89; 2005-)), and some are a little bit of both (Nebula in The Avengers Franchise). So, how far off are we from all this and where do I sign up for my robo-limbs?

Well, cyborgs are well and truly among us. Since around the 1960s, research surrounding the cyborgisation of humans has been pretty steady, with the primary goal being the restoration of physical and mental faculties. In 1997, research came to a head with the creation of the first human cyborg by scientist Phillip Kennedy. His patient was Johnny Ray, a 52-year-old Vietnam veteran who had suffered a stroke was left paralysed, his only means for communication being blinking. One blink for no, two for yes. Described as ‘wiretapping’ Ray’s head, Kennedy placed implants inside Ray’s brain, allowing him to monitor brain signals. Ray, through thinking, was able to move a cursor on a computer and, slowly, spell out words.

Since then, there have been great leaps in restorative technologies, ranging from cochlear ear implants to bionic eyes (such as the one being developed by our very own UNSW). But the cyborgs of our imaginations don’t just have restored human abilities, but enhanced ones.

British engineer Kevin Warwick is perhaps one of, if not the, most prominent researchers of human enhancement through technology. Believing that in order to stay relevant humans need to upgrade themselves alongside technology, Warwick has quite often gone under the knife himself. In 2002 he had 100 electrodes connected to his nervous system via an implant in his forearm. With this implant he was able to connect his nervous system to the internet! Through it he was able to control a ‘third’ robotic hand, even receiving sensory feedback from its fingertips. To Warwick, it proved that the human body and brain can be two separate entities, not even having to be in the same place and that in the future your ‘body’ could be anything from a human like-robot (like in the movie Surrogates (2009)), to a building. Yep.

So this is all well and good, but what about the military applications of this technology? Where are our Robocops, Terminators and Inspector Gadgets? Well, in America, the Department of Defence Biotechnologies for Health and Human Council believes that the U.S. Army could be comprised of cyborg soldiers as early as the year 2050. A 2019 report released by the U.S. Army’s Combat Capabilities Development Command claims that soldiers could have their sight and hearing enhanced while also having increased muscular control through a web of optical wires. Perhaps the most striking claim however is the reports suggestion, that soldiers would have “direct neural enhancement of the human brain for two-way data transfer”. The report states that, “Neural implants for brain-computer interfacing (BCI) would allow for seamless interaction between individuals and secondary assets (machines). This control could be exerted upon drones, weapons systems, and other remote systems operated by an enhanced individual”.

Does this sound familiar? Essentially, through combining the technologies that Kennedy and Warwick have pioneered nearly two decades ago, the US Army want to give their soldiers the ability to launch drone strikes with their minds. Kinda sounds like something out of Science Fiction eh?

Previous Recurrence
Next Del and Aglat #3: And What Do You Burn Apart from Witches?