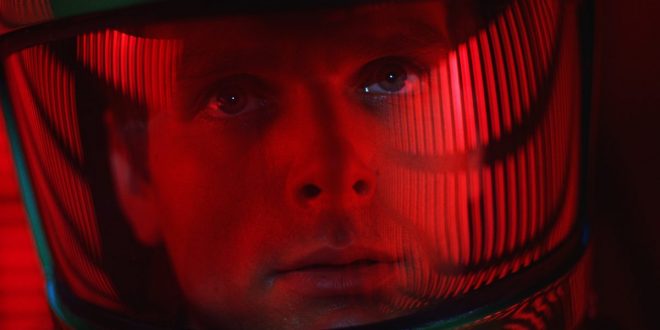 Artificial Intelligence has perhaps become one of the most used tropes in science fiction. Whether it be as murderous robots (The Terminator (1984) and Avengers: Age of Ultron (2015)), or as near omnipresent programs (The Matrix (1999), 2001: A Space Odyssey (1968) and Her (2013)), sci-fi films have consistently placed this technology front and centre. Sci-fi films use AI to express fears about technological progress and to question what it is to be human. With such a focus on this technology in our pop culture, many are left to wonder, how far off is AI and will it result in reward or ruin?

To begin with, AI has been part of our day to day life for a while now. Called ‘Narrow AI’, these AI are a far cry from the AI of our sci-fi fantasies. Narrow AI is designed to operate within limited contexts, often focused on completing a single task with great efficiency. Examples of Narrow AI includes smart assistants (E.g. Alexa/Siri), spam filters and bots. In fact, all of the current AI in use is Narrow AI. There is, however, a very different side to this type of AI. Using machine learning AI programs are fed data, allowing them to grow in complexity and accuracy. This had led companies to use AI and machine learning in a variety of differing contexts such as mineral extraction, energy management, political campaigns and even news article authorship. That’s right! Maybe even this column was written by an AI…?

Perhaps the biggest and most contentious use of AI in in surveillance. Since the early days of social media, companies have, in one form or another, been using AI to gather data from its users. This form of digital surveillance came to a head in 2016 with the Facebook-Cambridge Analytica data scandal. A watershed moment in the public awareness of data use, the company gathered the personal data from more than 87 million users of Facebook. The company than proceeded to use the data to win support for both the Trump and pro-Brexit campaigns, their in-house AI sending targeted ads and news stories, on a variety of platforms, to users they believed to be supporters and swing voters. Thanks to its combination of a vast database and heavy employment of AI, Scholar Siva Vaidhyanathan described Facebook in his book, Anti-Social Media: How Facebook Disconnects Us and Undermines, as “the most pervasive surveillance system in the world”. For example of a more physical, dystopian future-esque form of AI surveillance and control, there is none better than the Social Credit System in China.

Similar to the ­­­­­­‘Nosedive’ episode of Black Mirror (or the much funnier ‘App Development and Condiments’ episode of Community which did it first), the system essentially ranks citizens on their ‘reputation’ and ‘trustworthiness’, with negative factors including jaywalking, playing loud music and any illegal activities. To track these factors, citizen to citizen, the system works in tandem with China’s mass surveillance apparatus, Skynet (yep…it’s actually called Skynet), which utilises AI, data analysis and facial recognition. Unsurprisingly, the system has produced a lot of criticism with many believing that it infringes on the citizens legal rights, the system being used as a tool of suppression and control. Those with lowers scores have often been barred from private schools and universities, denied certain jobs and banned from travel. In fact, the National Development and Reform Commission of China has claimed that, since June 2019, they have denied 26.82 plane tickets to those deemed ‘untrustworthy’.

But what about full robotic consciousness like C3PO or HAL 9000? This, much more humanlike, sophisticated form of AI, called Artificial General Intelligence, is essentially AI that can operate in any environment, a Universal Algorithm. Research conducted by academics Nick Bostrom and Vincent C. Müller suggest that this type of AI has a 50% chance of being developed by 2040-50. This, perhaps rightly so, has many public figures, such as Elon Musk and the late Stephen Hawking, worried. Many believe that the rise of Artificial General Intelligence, will lead to the ‘Technological Singularity’, a hypothetical point in the future where technological progress is uncontrolled, and no longer needs humans to reproduce itself. It’s kind of like The Matrix except instead of human batteries, there’s just no humans.

This said, there is no reason why humans can’t have a utopian future with AI. As long as we manage to be responsible with AI research and development while also respecting each other’s fundamental rights in its employment, it should be all good…cause you know…humans are great at that sort of thing. Right?

Tags 2011: A Space Odyssey AI Her Movies The Matrix The Terminator

Previous The Personal Cinema of Paweł Pawlikowski
Next Chants from the Chancellery #2: Testimony of a Student in an Online Lecture