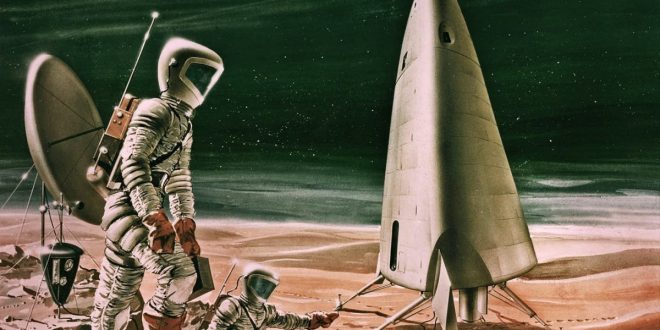 The colonisation of Mars has captivated writers and scientists alike. Films like Total Recall (1990) explore the possibility of a sprawling metropolis while stories such as Ray Bradbury’s Dark They Were and Golden Eyed (1949) asks us what a terraformed Mars would look like.

So, is there even a chance of humans setting foot on Mars? Or colonising it? And even if we can, should we?

Well, a few years ago, the commercial sector was caught in a kind of Mars frenzy. Companies such as Mars One and SpaceX started announcing plans to send people to Mars. This surge in interest led state space agencies such as NASA, ESA, Rosocosmos and the CNSA to begin Martian exploratory missions (that is, missions to Mars). However, colonisation of Mars isn’t yet the main goal of these agencies. It is a different story for Elon Musk’s SpaceX who aim to have a crew on Mars by 2024.

So, why are state space agencies so tentative about Mars colonisation? Well ignoring any political issues surrounding such an act, the Martian territory itself is a dangerous and perilous one.

For starters, there is very little water on the Martian surface, with almost all of it existing as ice on the planet’s poles. This means that prospective colonists would need to settle close to the planet’s poles. In terms of food, the Martian soil is alkaline and lacks nitrogen, a vital compound in plant growth. Also, Mars lacks an extensive magnetosphere, meaning that half of all radiation coming from space make it to the surface, fifty times more than on Earth. This would increase the chance of cancer significantly.

There are ways of circumventing these issues however. It is believed that covering habitats with a protective layer of dirt would significantly reduce radiation levels. Additionally, the enriching of the Martian soil in greenhouses would be expensive, but not impossible. Some scientific thinkers, however, have wondered what a more permanent solution would look like.

The idea of terraforming Mars into a humanlike planet has been around for decades. It would be no small feat however. In order to successfully alter the planet, humans would have to release large amount of greenhouse gases into the Martian atmosphere. Doing so would give Mars an Earth like atmosphere, preventing water from evaporating into space and potentially giving rise to an oxygen rich environment. Scientists have come up with a variety of methods by which to achieve this. This includes the importing of hydrocarbons and the use of orbital mirrors. Elon Musk on the other hand believes that the fastest way would be to drop thermonuclear bombs from orbit at the planet’s poles.

So, a lot of thought has been put into wondering “How” to colonise Mars. But many scientists are only just pondering the question: Should we? In 2018, scientists discovered a large salt water lake under the planet’s Southern Pole. This being the first definitive sign of liquid water on the planet, many scientists now believe that there could be a real possibility of organisms on Mars. This prompted scientists to become worried about the possibility of microbial contamination. If human do, at last, arrive on Mars, there is a real worry that the microbes we bring with us could contaminate the Martian surface. This would confuse, perhaps irreversibly, the search for life. This became painfully evident two years ago when Musk failed to properly sterilise the Tesla he shot into space becoming the “largest load of earthly bacteria to ever enter space”. In claiming Mars for ourselves, similar to the colonisation of the past, we risk impacting Mars and Martian scientific research in a negative way. Carl Sagan famously stated:

“If there is life on Mars, I believe we should do nothing with Mars. Mars then belongs to the Martians, even if the Martians are only microbes… the preservation of that life must, I think, supersede any other possible use of Mars.”

So, if we do ever make it to the red planet, it will be interesting to see whose needs we put first: Ours? Or the Martians?