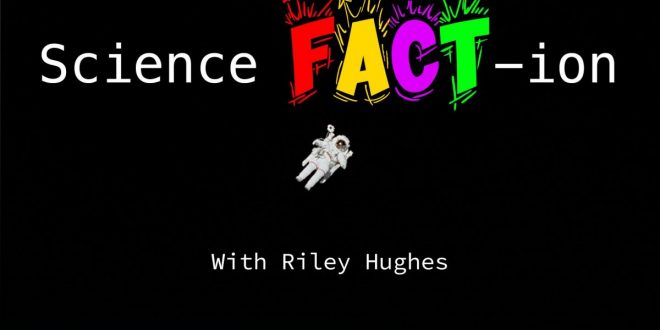 Artificial Intelligence, time travel, the colonisation of space and the exploration of the stars. Once thought the realm of pure science fiction, these sci-fi tropes are slowly becoming more and more within the realm of science fact.

Hello and welcome to the first ever instalment of the hotly anticipated Tharunka column SCIENCE FACT-ION! Every fortnight this column will explore famous sci-fi tropes found in film and TV and compare them to real life science. This week we start off with exploring the sci-fi trope of human cloning.

Human cloning has been a staple of science fiction writing ever since Aldous Huxley’s Brave New World (1932) first dared to question its ethical quagmire. Ever since then, cloning has been fully adopted into the genre, its potential uses varying. Movies like Star Wars (1977) and Blade Runner (1982) explore how cloning could be used to create a disposable army or workforce, while others like Jurassic Park (1993) and Replicas (2018) wrestle with the idea of bringing back the dead. As scientific progress continues to advance, more and more people are beginning to view the advent of human cloning as less of a fantasy and more as an inevitability. But can science even achieve this? And if so, how close are we?

The story of modern mammal cloning begins on the 5th of July 1996 at the Roslin Institute, University of Edinburgh, with the very special birth of a very special sheep. Dolly the sheep, (named after Dolly Parton by lead researcher Ian Wilmut) became the first ever successfully cloned mammal. Researchers at the Rolsin institute in Edinburgh used a method of cloning called Somatic Cell Nuclear transfer (SCNT). Essentially, this involves the removal of the cell nucleus from one egg, replacing it with a different nucleus (from the animal you want cloned) and then placing the egg into a surrogate mother. The resulting baby is then a genetically identical clone. Fun fact! In this way, Dolly technically has three mums.

Since then, humans have cloned all sorts of animals, from pigs, to wolves, to horses. More recently, scientists at the Chinese Academy of Sciences have cloned the first primates: Zhong Zhong and Hua Hua.

So, job done. We can clone primates, it can’t be that much harder to clone humans, right? Well the answer is both yes…and no. Ignoring the legal and ethical consequences of human cloning for a moment, there are a few other hurdles between us and human cloning.

The first is the viability problem. To produce just Zhong Zhong and Hua Hua, scientists had to use 63 surrogate mothers and 417 eggs. For Dolly the sheep, this number was even higher with it taking 277 attempts before they produced a viable offspring.

The second main issue is the telomere problem. As cells divide the ends of chromosomes (called telomere) shrink. After a certain amount of divisions, the telomere can’t shrink anymore, and the cells die. The accelerated aging problem essentially means that the clone won’t be able to live a full life, merely the life that is left in the donated cell nucleus.

These issues however aren’t impossible to overcome. For instance, nothing is stopping a person from spending multiple attempts and eggs to create a viable human clone embryo. Likewise, if a person didn’t have any intention to respect the clone’s wellbeing, then why bother about its shorter life span?

So, are we close to real-world cloning, like in the movies? Well, unlike in most movie depictions, clones don’t come out fully grown, so you’re going to have to raise the clone from a birth. Likewise, industrial cloning as seen in Star Wars and Blade Runner are far off and potentially more trouble than they are worth thanks to advances in other areas like robotics.

But what about bringing back the dead? Well, we might be closer to that then you may think. You see commercial cloning is already here. Not for humans, but for pets. Probably the most famous example was when Barbara Streisand payed $50,000 USD to have her dog cloned. And she’s not the only person to do this! Many people, not just the mega wealthy, have contracted companies like PerPETuate and ViaGen Pets to clone their little furry friends. Often the reasoning behind cloning pets are often deeply emotional and not just superficial. This can be seen with photographer Monni Must who cloned the dog of her deceased daughter. In 2018, Ron Gillspie (founder of PerPETuate) was asked if they accepted human cells, he replied “we’ve gotten many requests… I just totally dismiss it. One of the biggest complaints we have about this is that it is going to lead to human cloning, and people are very opposed to that, beginning with me.”

“Holy shit”, I hear you say, “Does this is I can raise myself as a clone baby?”Well no, not today, but maybe tomorrow. The more advances in the field of genetics are made the more probable it all seems. So, when (and if) the first human is ever successfully cloned, we would truly be entering a brave new world.

Previous “This is a Threat”: UNSW Exchange Students Left Stranded in the Wake of COVID-19
Next The 8 Spiciest Memes about UNSW’s response to the Coronavirus Crisis