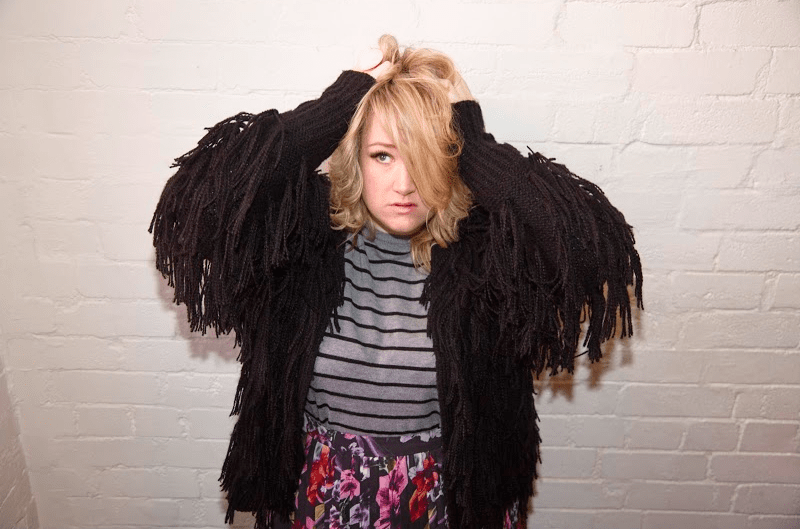 You know you’re in for a seriously good time when the stage is empty except for a white, leather, Oprah-style couch, a simple table, a single glass and an entire bottle of bubbly awaiting Rosie Waterland’s arrival.

As my friend and I take our seats towards the front of the theatre, I can’t help but notice the serious gender imbalance in the room. Thanks to my not-very-subtle glances here and there, I count maybe four men in the rows around me, all appearing to be accompanied by a girlfriend/wife figure. Perhaps her appeal to women is because she first attracted serious attention when she started her recaps of Channel 10’s The Bachelor via wannabe serious women’s news website and serial clickbait offender Mamamia (newsflash: a sale at Priceline is not worthy of an entire article), or maybe it’s because she is a frank, down to earth and downright hilarious woman.

But it’s undeniably true that her body of work so far – the books (Anti-Cool Girl, Every Lie I’ve Ever Told), the podcast (My Mum Says My Memoir is a Lie) and the comedy tours (My Life On The Couch (With Vodka) and Crazy Lady) – is aimed at women. Heck, even the pre-show warm-up music is limited to Beyoncé and Destiny’s Child, but I’m not complaining.

Just after 7.30pm, Waterland struts on stage in a denim jacket emblazoned with “Feminist AF” to loud cheers from the audience; it’s a hometown show, and she is amongst friends. She is instantly relatable – asking the front row to keep an eye on the belt sitting just below her chest and keeping her dress in shape. If the belt flips over, she tells us, the underside will reveal the belt’s size to all. A distinct “we’ve all been there” combination of a laugh and a sigh sweeps across the theatre.

Waterland doesn’t waste time; within the first five minutes of the show, the elephant in the room – her suicide attempt and struggles with her mental health – is mentioned, and she is clever to intersperse the show with titbits that make up the full story of her mental health journey, which keeps things light enough for a comedy show, but serious enough to tie into the story of the death of her best friend and her consequent suicide attempt in Every Lie I’ve Ever Told. Those familiar with the Mia Freedman/Roxane Gay incident will appreciate her subtle digs at the former Cosmopolitan editor turned not-very-intersectional feminist.

With her mum and family in the audience (as well as the lady who does her eyelash extensions), the whole thing feels like she could easily be sitting on your lounge room couch, regaling you with her tales as she knocks back a glass or two of wine. That’s what’s so brilliant about Crazy Lady – it’s not a performance of overly manufactured jokes. It’s the story of any one of us, told with craft, humour and a huge dose of humility.

Share
Previous Honey I … Am Stupidly Impressed by the Kids
Next In Conversation With: Shane Mauss