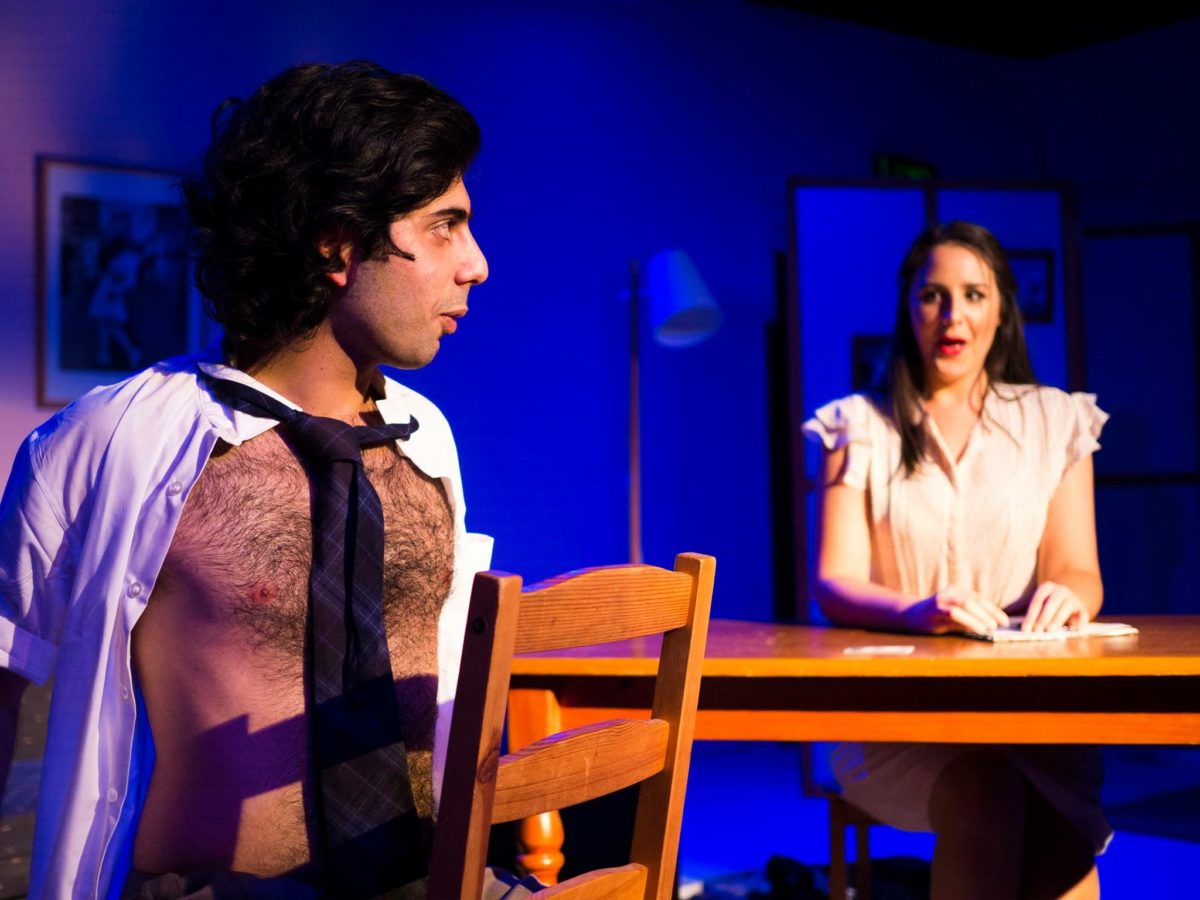 Sitting outside of Studio 1, waiting to go inside to see Lauren Bonner’s self-written play “Infidelity and Enlightenment”, I was struck by two things. Firstly, millennial pink was an excellent colour choice for their publicity. Very striking. Secondly, I felt apprehensive. A new show is a scary thing, for both audience and writer. This was, after all, the guinea pig production, and there was always the chance that it would fall flat, and we’d leave the theatre giving false praise through gritted teeth.

Well, wasn’t I wrong. As far as experiments go, I think this one can be called a definite success. Hilarious and engaging, “Infidelity and Enlightenment” exceeded all my expectations, and may well be my favourite NUTS show of this semester.

It is a mammoth task to direct your own play, and Bonner does a knock out job. She doesn’t care for surprise – within the first three minutes, we learn that our lead, high school teacher Samantha (Emma Gillespie), has been having an affair with Milo (Aaresh Madon), one of her students. Within another 10 minutes, all characters are onstage, and all secrets are exposed. Samantha’s husband Harry (Matthew Pritchard) is in disbelief, Milo’s girlfriend Jessica (Helen Wang) is ready to murder someone, and the audience is feeling a little worried that the big reveal has occurred too early. Where do you go from such a drama-filled start? How can one possibly sustain that energy when the trump card has already been played?

The reveal, it turns out, is not the point. What “Infidelity and Enlightenment” is really interested in is the aftermath, played out with a combination of entertaining flashbacks, quick dialogue, interesting characters and a surprisingly introspective discussion on human goodness, loneliness, and growing up. Above all, it is incredibly funny. It is quick and clever and uses the overly long pause to excellent effect. There is slapstick and ripped shirts and the word “cuck” is dropped. It takes the classic drawing room comedy genre and then subverts it, adding absurdity and zest to a seemingly worn premise. It doesn’t overstay its welcome – the show runs at just under an hour, and it keeps us completely gripped the whole way through.

The first quarter is, unfortunately, clunky when compared with the rest of the play. Bonner is eager to get her characters out onstage, but in the process, there is some awkward cat and mouse and unconvincing choices. One character is tackled and tied up at one point – which is very funny – but his staying bound for the next five minutes seems to be entirely for the comedic effect of him awkwardly hopping around on his back, rather than any plot point. In another instance, Samantha is given the opportunity to quietly sneak Milo out of the house while the other characters are offstage, but she instead opts for hiding him in a closet: great for comedy, but a little nonsensical.

I was also left a little disappointed there was almost no change in the characters by the end of the show. This may well be an intentional writing choice, and it certainly is impactful, but as an audience member, it felt almost like a cop out. After an hour trapped in a living room with these warring personalities, it is an unsatisfying conclusion for them to revert back to their old selves, again, apparently just for comedy’s sake.

Despite its kinks, it really is a hugely fun ride. You can feel the energy and collaboration amongst the cast, who are the show’s driving force. Emma Gillespie as Samantha is the master of the uncomfortable grimace and manages to win us over despite (maybe even because of?) her character’s near-sociopathic tendencies. Aaresh Madon is also a treat to watch, constantly switched on and beautiful in his portrayal of a fresh 18-year-old desperate to be seen as a man (“I voted in the plebiscite!”). The set is charming as well, painted wall-to-wall pastel pink, a colour that is both a little perturbing in such high doses, yet also reminiscent of the youthfulness and awkward confusion that is at the heart of the script.

“Infidelity and Enlightenment” is student theatre at its most charming. And if you were lucky enough to catch it last week, you’ll know exactly why.