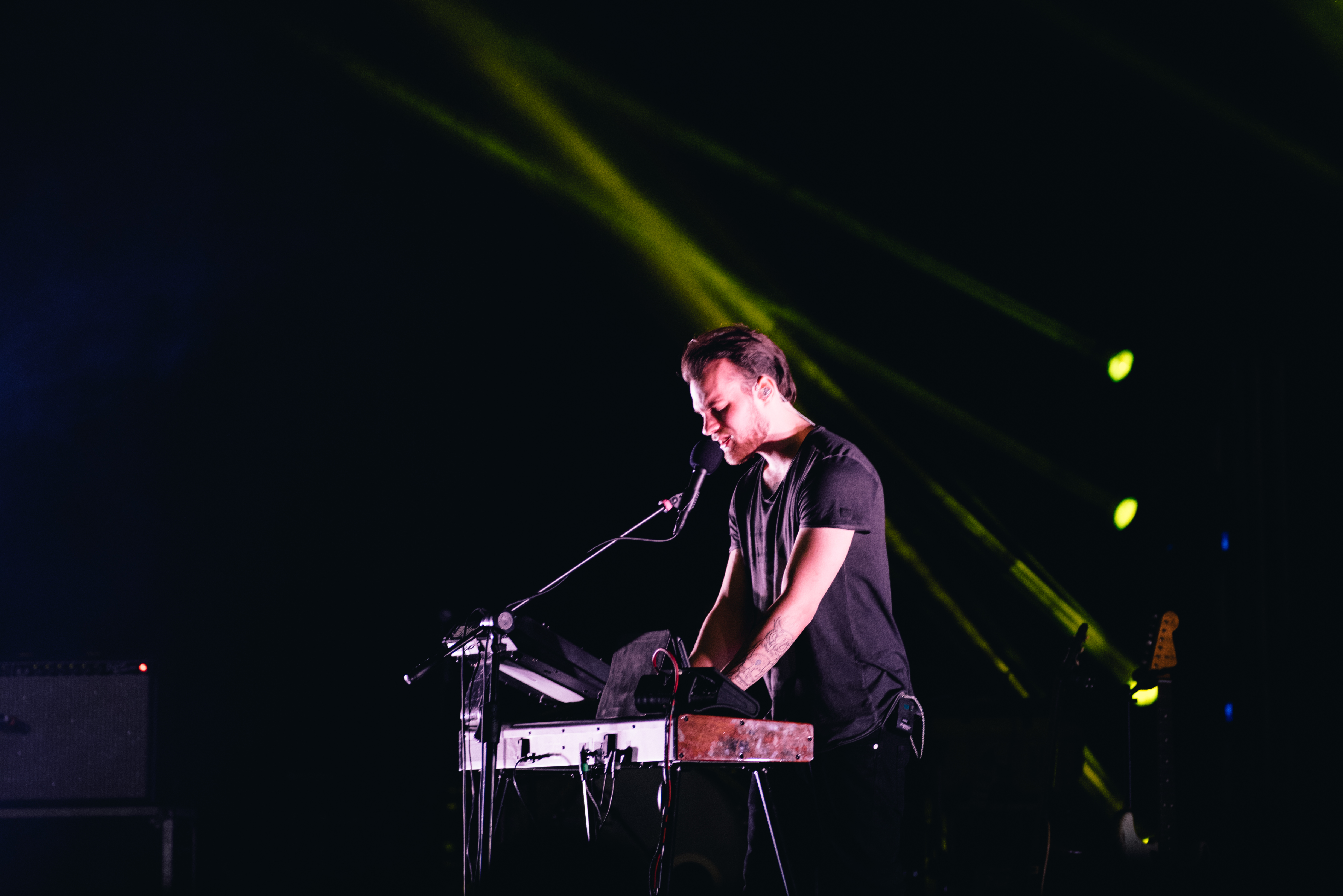 No matter how many times I see a performer at the Enmore Theatre, I constantly marvel at the sheer grandeur that has been squeezed into this humble little Newtown corner. Perhaps it’s because Iceland’s Ásgeir hails from a town populated by just 40 people, but somehow the folktronica poster boy’s ephemeral, atmospheric sounds created a truly intimate experience for his adoring audience on Friday night.

A very notable mention goes to Sydney-based indie-electronic goddess Gordi for being one of the best support acts I have ever seen. Think the earthy folk guitar textures of 1970s icons like Joni Mitchell combined with the stirring trumpet of Of Monsters and Men’s earlier albums, all wrapped up in a sonic blanket of delicious techno-goodness. The highlight undoubtedly arrived halfway through the set with “Heaven I Know”. Prefaced with a recount of a reviewer who thought the track started with “the whisper of a man” (spoiler alert: it’s Gordi herself), she stunned the ever-growing audience into silence, before flushing the room into a head-bopping fever with “On My Side” and “Can We Work It Out”.

As the sound technicians began setting up for the main event, any dimmed light or empty stage sent the crowd into frenzied applause. The energy was truly electric.

You could have mistaken Ásgeir for a Nordic god upon hearing the rapturous response from the audience when he finally entered the stage. In an interview with Atwood Magazine earlier this year, Ásgeir stated the main difference between his 2014 release In The Silence and his newest album Afterglow is that “There was a lot of post-production stuff going on. Details. Electronic influences”. The powerful stage lighting and throbbing beat of tracks like “Fennir yfir” and “Here Comes The Wave In” permeating throughout the theatre were evidence of that aesthetic shift, however his dreamy falsetto flowed consistently throughout each track.

During “Underneath It”, the strobe lighting and bass were so intense that a small wave of people began moving away from the stage. A few moments later, my friend and I both began to feel nauseas; we watched the remainder of the set from the back of the theatre. We missed a song or two, but, unlike the album, Ásgeir finished the show with a bang.

It was his second album’s title track, “Afterglow”, that commenced the second half of the gig, with the melancholic melody enchanting the entire audience. With fan favourites still yet to be performed, there was a communal sense of what was to come. Littered across the stage were a dozen or so lighting poles, and their pulsating red glow perfectly complemented the upbeat momentum of “King and Cross”. The show quite symbolically “concluded” with “Going Home”, but this audience wasn’t easily fooled.

Ásgeir’s encore transformed the set from a stirring electronic gig in an amphitheatre to a polished performance on a large festival’s main stage. As “Stardust” sparkled, audience members danced on the ground or clapped and sung along up in the Lounge and Dress Circle. The final anthem of “Torrent” united the audience in a rousing display of adoration for this truly talented gentleman. An adoration that, after this dizzying performance, is well and truly deserved.

Previous Not All Peaches and Cream for UNSW Students Joining the Breadline
Next UNSWhispers: What’s Your Biggest Secret?