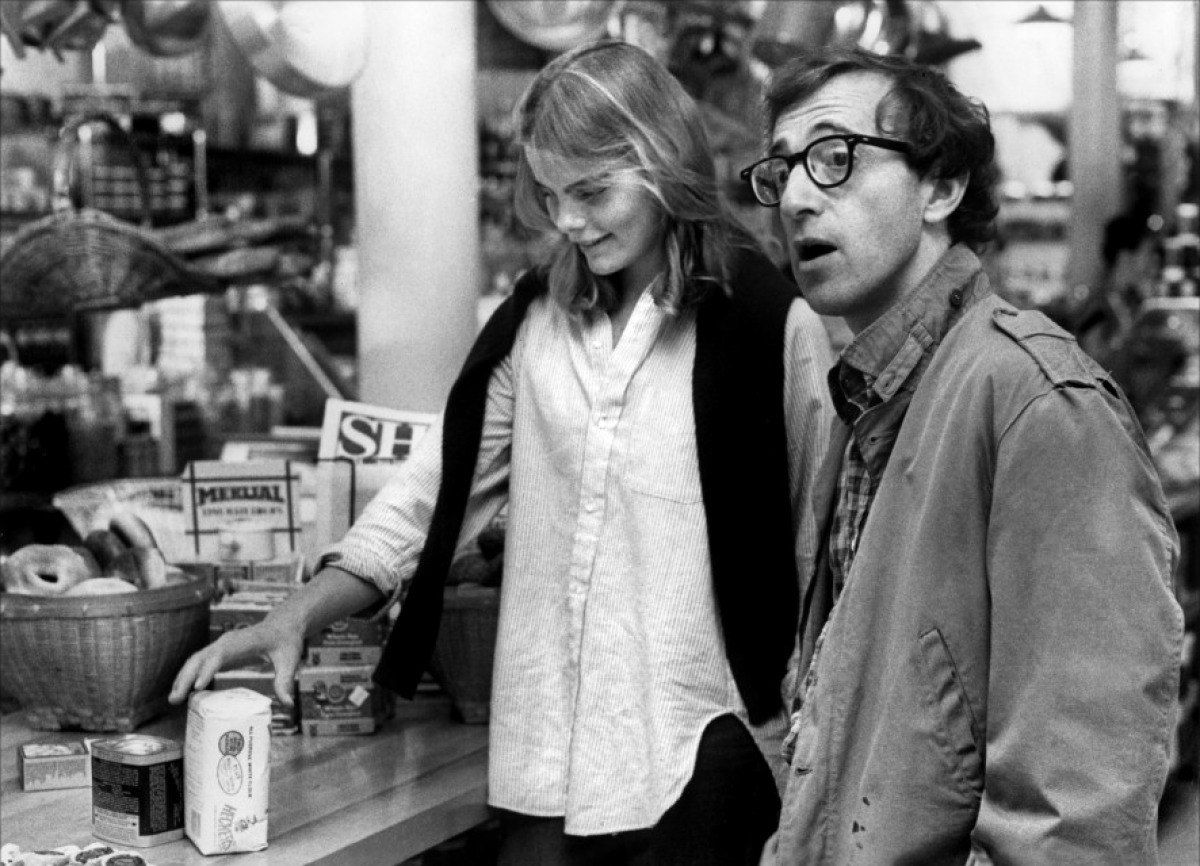 According to Carl Jung, neurotics are well-adjusted people preoccupied with the meaning of their existence.

The popular manifestations of the characters inhabited by filmmaker Woody Allen and late reggae musician Bob Marley no doubt occupy polar ends of the neurotic spectrum. Allen – “I’m not afraid of death, I just don’t want to be there when it happens” – is the epitome of the New York Jewish intellectual; Marley the cannabis smoking worshipper of Ethiopian Emperor Haile Selassie 1, an adherent to Rastafarian preaching of a personal connection with the holy.

Both figures disproportionately influenced their respective artistic fields, explaining why both are followed by an adoring mass of enthusiasts. Both are subjects of separate documentaries screened as part of the Sydney Film Festival, with general release slated over the coming year.

Woody Allen: A Documentary considers Allen’s four-decade career from early stand-up in Greenwich village, through commercial success in slapstick Take The Money & Run, and between his critical breakthrough Annie Hall and his revival with this year’s Midnight in Paris. Director Robert Weide casts a wide net for showbiz personalities to narrate the various elements of Woody Allen the character and Woody Allen the man.

There are many reasons to watch a biographical documentary but it is the one form of the genre most exposed to irrelevance. To confine a biography to the mere facts of a life is to rehash territory well-covered by authorised written biographies, autobiographies, online references and collections of the subjects non-autobiographical work. The strength of a biographical documentary the likes of Woody Allen: A Documentary exists in its ability to provide accessible and novel analysis of a man already known so well to so many, especially if our knowledge is on a purely superficial level.

Weide deals with Allen’s early years skilfully and economically, revealing the filmmaker’s brush with play-writing and gags before overcoming stage fright and beginning a career on the stage and behind the camera. Perhaps too economically, many interesting elements, including Allen’s ability to convince studio executives to allow him the final edits on is films, a rare honour for a fledgling filmmaker, are only touched on but never fully explored.

A significant length of time is spent, rightly, considering the period between Annie Hall and Bullets Over Broadway, Allen’s most successful films critically and commercially. However amusing Allen’s witty remarks about this period, this sequence of the film comes to resemble a nostalgic homage for his golden age, carried by the many ageing showbiz figures from the past carted out for what amounts to a very lacking analysis of many of the greatest adult comedies written and filmed.

Nostalgic reminiscence certainly suited many theatregoers out to be reminded of Allen’s body of work following his commercial and critical re-emergence with Midnight in Paris. Perhaps necessarily, Weide glosses over many of the specific issues in the creation of these films, a shame considering his access to Allen, the actors and no doubt some of the better voices of cultural criticism in America. It is telling that the only scene discussed at length is the well-known dawn by the Queensboro Bridge filmed for Manhattan. Frustratingly, Weide is happy to restrict himself to a few short comments from Allen on the scene, even though it seems to be a perfect opening for some serious contemplation on Allen’s relationship with the city he spent most his life filming.

Access to the cast and crew of these films does allow Weide an interesting digression into Allen’s directorial style as he interacts with his actors. The Woody Allen behind the camera turns out not to be the same as the one in the frame; he is a director comfortable with his actors’ abilities, allowing them the freedom he asks for himself, bit also, as pointed out by many of those interviewed, placing responsibility with the performance squarely on their shoulders.

The failings of Allen’s later works are likewise ignored for what amounts to little more than a montage of flawed but redeemable films. Although it is remarkable that Match Point and other late movies signalled a stylistic shift by a director conscious of commercial realities and changing taste, this theme is not explained. Neither is the resounding success of Midnight in Paris considered past a celebratory round from the talking heads.

Those on a nostalgia trip of Allen’s output will be rewarded with reminders of his easy wit and accessible profundity, Originally a two-point television series, it would have been well worth Weilde’s time to have developed many of the interesting themes that were mentioned but left largely untouched.

Marley, an authorised biography of the life and music of Jamaican reggae legend Bob Marley suffers from many of the same superficialities, but produced by wife Rita Marley and record-label owner Chris Blackwell, also, as the Huffington Post put it, errs on the side of hagiography.

Directed by Kevin McDonald, Marley doesn’t have the benefit of involving its namesake in the project. However, it stars several of Marley’s close friends, family and support musicians.

Beginning with his introduction to music in St. Ann, some time and care is taken in explaining Marley’s familial environment and it’s impact on his life and music. Born to an Afro-Jamaican mother and the white Jamaican Army officer Norval Sinclair Marley, racial identity and outsiderness resonated heavily on a young Bob Marley.

Likewise, archival footage of Ethiopian Emperor Haile Selassi I visiting Jamaica to be greeted by adherents to Rastafarianism adds context to any of the themes advanced in Marley’s music and philosophy. Without the personal account by Marley, who was reportedly averse to interviews, it is difficult to properly reconstruct the early years in the Trench Town slum in Kingston, but McDonald assembles childhood friends to recount the days when the Wailers, Marley’s band, would deliver their records to radio stations, staying around to pressure jocks into playing their songs.

Following the Wailers’ signing by Chris Blackwell to Island Records in London, Marley’s sound became gradually more commercial. They recorded “Catch A Fire”, followed by commercial breakthrough “Burnin’”. Here McDonald becomes lead cheerleader in the deification of Marley. Perhaps because of the commercial involvement with Marley’s wife and Blackwell himself, many details are left untouched. The film avoids anything more than a cursory examination of the differences between Marley and the original Wailer members Peter Tosh and Bunny Wailer, who parted ways with Marley after their first successful American tour. Although there are several short comments included from an inebriated Lee Perry, the film is mute on the relationship between Marley and the reggae luminary, who produced and heavily influenced the Marley sound.

The film is not silent, however, when it comes to praising Marley, including uncomfortably ascribing Marley’s many extra-marital affairs to his unique personality, apparently only deepening his connection with wife Rita. Footage of his return to Jamaica, in performance at the One Love Peace Concert, is moving as a musical performance. But also as an act of political courage, forcing political rivals Michael Manley and Edward Seaga to shake hands for the first time during a bitter political skirmish. That Seaga was willing to appear in the film speaks volumes about Marley’s influence on Jamaican politics.

Nevertheless, the identification of these particular moments with the film highlights the aforementioned challenges of the biographical documentary, namely, the availability of the footage elsewhere. At almost 180 minutes, it is a hard ask for the audience to sit through a shallow overview of a life to be rewarded by a few moments of interesting archival footage. The film would undoubtedly made for a successful multi-part television documentary, but its flow and length make it difficult to endure and to recommend.